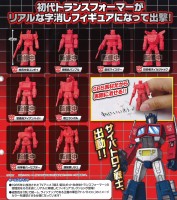 Takara-Tomy have announced a new series of Transformers Capsule Toys. Retailing at 93 yen, these capsule toys are little rubber versions of classic Generation 1 characters like Optimus Prime, Mirage, and Jazz. They can even be used as erasers!

These guys reference the original Transformers Decoy figures from the 1980s, who were pack-ins with some of the 1987 toys such as the Throttlebots. They seem to be a little taller at 42mm, though, and they have updated sculpts compared to the original Decoys.

There’s eight of them in total in this series: Optimus Prime, Bumblebee, Jazz, Wheeljack, Ironhide, Sideswipe, Perceptor, and Mirage. All Autobots – here’s hoping for a series of Decepticons down the line. 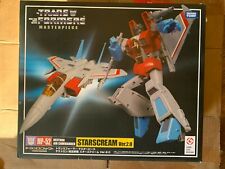 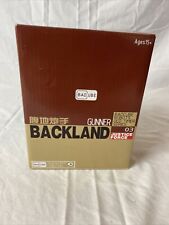 Well that's what I thought! Who packs blind-box/bagged figures in a box of just three? I've never seen that before!

I wonder if they've taken too many pre-orders and, instead of just cancelling the latter ones, they've decided to split the boxes of 15 to satisfy demand, but piss off everyone! Wouldn't surprise me, considering how flaky they are when it comes to pre-orders.

That's weird. From what I saw they were capsule toys so it sounds like HLJ was going to make a box of 3 figs. I've never bought capsule toys from them before so I'm not certain though.

Got this from HLJ this morning, thought I'd post it as a heads-up for anyone else who pre-ordered these:

This is Adam Greene at HobbyLink Japan. Thank you for your order with us for TTA83238 Transformers Figure Collection: 1Box.

Unfortunately, we received mistaken information about this item's box quantity. It will be in randomly packed boxes of 3 pieces, **not** 15 pieces. As a result, we have lowered the price per box from 1425 yen per box to 285 yen per box, which is 5 percent off the retail price.

As we expect to receive only limited quantities of this item, it has unfortunately been limited to one box per customer. One box of 3 pieces remains on order for you.

If you no longer want this item, the My Account system (accessible by clicking "My Account" on the top right of pages onhttp://www.hlj.com) will allow you to cancel an unwanted item or order any time before it enters payment processing. If you'd like to make the change, please do so as soon as possible; we expect to receive the item this week, and will then fill orders in chronological order. You will be charged at that time.

We're as disappointed by this news as you are, as we were looking forward to selling many pieces of this item.

Our apologies for this unfortunate development. We look forward to your continued support of HLJ.

I'm really unimpressed with this news. I understand they were misinformed, it happens. What annoys me is that they've made no effort to sort the issue out and have arbitrarily stopped anyone who only ordered one box from ordering more! I don't see the point in having three "trading figures". I ordered a box of 15, the very least HLJ could do is contact their distributor to get enough to cover the amount of pre-orders people placed. So, in my case, I ordered a box of 15, so they should honour that order and offer me 5 boxes of three. But no, I can only have three figures.

Anyone know of anywhere else I can get these? I've tried Hobby Search and they don't have anything yet; I'm hopping they do get them though as I'm going to be pretty peeved if I can't get a full set because of this kerfuffle.

These might be REALLY GOOD erasers, too. Japanese law requires certain quality standards on all erasers made in Japan – you can see the quality in some of the food erasers they have there. Assuming these are also made in Japan, they might be pretty good erasers!!!

Or they'll be mass-produced garbage from China.

Up for pre-order at HLJ.

Decoys always remind me of the UK comics story "The legacy of Unicron", where Death's Head and Shockwave duke it out on a shooting range full of autobot statues on wheeled tracks.

I used to pretend that they were infected by the Hate Plague.

This was the appeal (at least to me) of decoys back in 1986: at the time, they were the only way to get screen-accurate toys of the Transformers characters. Remember, this was back even before Actionmasters came along. So the Decoys, at least in comparison to the G1 toys, looked like they had stepped right out of the TV screen. Ironhide and Ratchet even had heads, for goodness' sake! They were just a fun bonus packed in with other figures. And since they generally represented different characters than the ones with which they came packed, it gave you a way to get a representation of some characters whose larger toys you might not be able to acquire (either because they were too expensive or because they had been off the shelf for a year or two by that point).

They also seemed to capitalize on the "little rubber guy" appeal that lines like M.U.S.C.L.E. and Battle Beasts tapped into around that time. As a kid, there was something cool about being able to bring a small army of toys around with you, packed into a case of some sort, so you could enact big scenarios on the go.

That's why I enjoyed decoys, at least.

And for the pure nostalgic appeal, assuming they're easy enough to acquire, I might be on board for these as well.

No source link? How do we now this is real?

Need that Jazz in my life.

They look like fun little representations of the G1 Autobot cast. I am not sure what or how rare the original 1986 Decoys costs these days, but I'd buy the re-issues just for fun.

Edit: Dammit, the more I look at them, the more I'm tempted to bust out my Warhammer paints for mini figs and go nuts in terms of a detailed paint job!

Looking forward to future stories where someone's spouse/family member/friend/coworker used the eraser as an actual eraser, and now half of Ironhide's leg is gone.

Or maybe his head? Then it would be toy accurate.

You know what I'd wish for? Takara to bring back the SCF or WST line

i like that they are not a whole lot different than the originals.

just a tad bit more detailed. which is pretty awesome.

Or at least Classics.

i like that they are not a whole lot different than the originals.

just a tad bit more detailed. which is pretty awesome.

Can these erase stuff?If so,a reason to buy them.And if you do erase with it,will it disintegrate?

Looking forward to future stories where someone's spouse/family member/friend/coworker used the eraser as an actual eraser, and now half of Ironhide's leg is gone.

Hasbro too has been afflicted with Anti-Decepticon-itis, look at RID's lack of 'con toys.

True. You can add Age of Extinction to that list as well. Seems like Takara's attitude towards the Cons is rubbing off on Hasbro. Combiner Wars is the only line that's giving the Decepticons any love these days.

If Takara can get over their lack of love for the Decepticons, and give us a set that represents Megatron and his cronies, I might be in. I loved the decoys as a kid.

Hasbro too has been afflicted with Anti-Decepticon-itis, look at RID's lack of 'con toys.