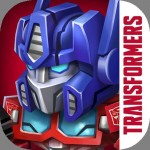 SAN FRANCISCO, Feb 05, 2015 (BUSINESS WIRE) — DeNA and Hasbro, Inc. HAS, +1.09% have released TRANSFORMERS: BATTLE TACTICS, a turn-based tactical mobile game inspired by the all new fan favorite COMBINER WARS comic story and the expansive 30-year history of the TRANSFORMERS GENERATIONS universe. Players will collect and assemble epic teams, made up of AUTOBOTS and DECEPTICONS who will fight side by side in a unique campaign mode and intense player vs player (PvP) mode to engage with gamers and TRANSFORMERS fans from around the world. TRANSFORMERS: BATTLE TACTICS is now available as a free download on the App Store for iPhone and iPad and on Google Play for Android devices.

“The fun and calculated turn-based gameplay, diverse characters and abilities and deep leveling and combo system in TRANSFORMERS: BATTLE TACTICS will give players the hundreds of options to make their team more powerful and keep the competition fierce,” said Barry Dorf, vice president of partnerships and alliances at DeNA.

From Generation One to TRANSFORMERS United to the fan favorites from the IDW Combiner Wars comic series, TRANSFORMERS: BATTLE TACTICS features over 75 legendary characters including OPTIMUS PRIME, MEGATRON, STARSCREAM, BUMBLEBEE and COMBINER CENTURITRON. TRANSFORMERS: BATTLE TACTICS will feature online PvP leaderboards where the top players will receive in-game prizes, valuable resources and limited-time competitive modes. Friends and players will be able to connect to form Leagues and earn an edge over their competition.

TRANSFORMERS: BATTLE TACTICS is now available to download for free on the App Store for iPhone and iPad at https://appsto.re/i6Bw88k and Google Play for Android devices at http://goo.gl/IkzEfj. Fans who have previously pre-registered at http://www.transformersbattletactics.com will be eligible to unlock powerful in-game content when they download and register in the app.

Game assets for TRANSFORMERS: BATTLE TACTICS including screenshots, game logo, and more can be downloaded via the following link: https://www.yousendit.com/download/UlRRZHlqVEhxRTJ4djhUQw

DeNA (pronounced “D-N-A”) is a global leader of developing and operating mobile services including free-to-play games, e-commerce and other online offerings. Founded in 1999, DeNA is headquartered in Tokyo with offices and game development studios across the globe. DeNA Co., Ltd. is listed on the Tokyo Stock Exchange (2432). For more information, visit: http://dena.com

Hasbro, Inc. HAS, +1.09% is a branded play company dedicated to fulfilling the fundamental need for play for children and families through the creative expression of the Company’s world class brand portfolio, including TRANSFORMERS, MONOPOLY, PLAY-DOH, MY LITTLE PONY, MAGIC: THE GATHERING, NERF and LITTLEST PET SHOP. From toys and games, to television programming, motion pictures, digital gaming and a comprehensive licensing program, Hasbro strives to delight its global customers with innovative play and entertainment experiences, in a variety of forms and formats, anytime and anywhere. The Company’s Hasbro Studios is responsible for entertainment brand-driven storytelling around Hasbro brands across television, film, commercial productions and short-form. Through the company’s deep commitment to corporate social responsibility, including philanthropy, Hasbro is helping to build a safe and sustainable world for future generations and to positively impact the lives of millions of children and families every year. It has been recognized for its efforts by being named one of the “World’s Most Ethical Companies” and is ranked as one of Corporate Responsibility Magazine’s “100 Best Corporate Citizens.” Learn more at http://www.hasbro.com. 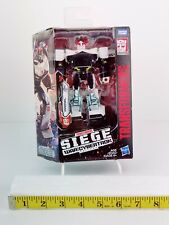 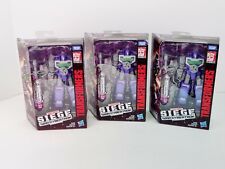 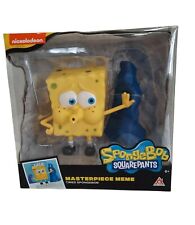 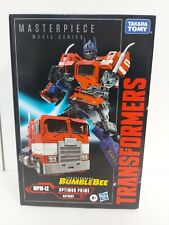