“JT” on Facebook via daimchoc on the 2005 Boards may have just given us our first look at the long-rumored Generations Combiner Wars Titan class Devastator from Nuremberg Toy Fair. Devastator appears to be very faithful to G1, lacking any influences from other continuities such as IDW, meaning no Prowl/”Prowlastator” here. TFW members have also noticed what looks to be his box right below him, showing six circles along its side, likely showcasing each separate component of the combiner

Also included in this image is the box of the Toys ‘R’ Us exclusive US release of Masterpiece Bluestreak who, from what we can tell, looks to be largely unchanged from his Takara release.

There are also some other mystery items in the image that we can’t quite make out yet, but keep an eye on this post for any future updates as TFW brings you all the latest news from Nuremberg Toy Fair!

UPDATE: A user from 4chan who reportedly attended the Toy Fair has posted some details of the figure. Check it out after the break! 4chan details:

“The head was boxy, but not in a bad way. Very G1 toy/animation model. Red eyes, on a simple pivot.

Forearms were entirely black, you can see that in the picture. The fingers were on a single hinge, thumb was fixed. There appeared to be some sort of transformation with the forearms, but it was hard to tell exactly what they did. I’m pretty sure they’re separate pieces from the figures, so they’re not integrated into Bonecrusher/Scavenger.

Chest had the big purple wing piece, just like G1 but bigger. It had some silver and red details on it, which you can just barely make out in the photo.

No Prowl on display, and the combined mode wasn’t scramble city type, so I don’t know how they would add a Prowl if they wanted. Hook was folded in half and sitting on top of Long Haul just like G1.” 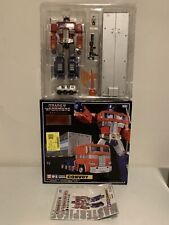 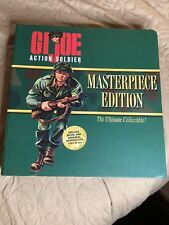 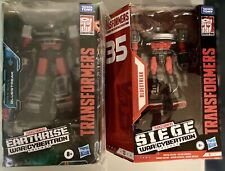 Agreed, this Obstructicons stuff is golden.

Stonewall is the perfect name for the combined mode.

As for alt modes…
Maybe one can turn into one of those construction vehicles you see on the highway with the flashing arrow indicating "go around."
An obstruction if I ever saw one

^ as somebody who buys third party stuff and Hasbro stuff and isn't a weird asshole about either one I can honestly say that it really doesn't matter.

Quick question. Does anyone else get the impression that Hasbro is trying to shut down 3P combiners by spitting out a bakers dozen of their own and in very quick succession? Obviously 3P is going to be able to provide better overall quality and intricacy in their designs, but it seems odd to me that Hasbro is jumping so wholeheartedly into this pool and with such vigor. A confirmed Devastator and Defensor at least, but now rumors of Computron, Piranacon and also Abominus? I'm glad FOC Bruticus helped 'crack the code' for Hasbro and demonstrated how fervent the desire is for Combiners, but there also seems to be some component of perceived competition and a desire to feed this fan community need in a HUGE way and perhaps even before some other company can get there first or do it better.

They are behind the curve on Predaking, Devastator, Defensor and Computron, but I feel like Hasbro knows there is no way these 3P's can compete on price. With fans typically being all about the best possible deal and bang for the buck Hasbro are most likely hedging correctly in thinking their product will beat all others and will sell in monster numbers. But is there also secretly a niggle of lost market share concern going on there? Probably obvious to most, but I'm still unclear as to how much stock Hasbro puts in 3P as true competition for them.

Good brainstorming guys and gals – this is what I call a fan built bot!

Stonewall is the voyager torso.

Blocker is the leader and voyager torso. 'Nuff said.

Maybe Stonewall is the combined name.

I like that display. I wonder if I can scan that symbol with the RiD app on my phone

Blocker is love, Blocker is life.
The Obstructicons must become an actual subgroup.

Wait, was it confirmed that Blades wouldn't be a redeco of Alpha Bravo?

No, he's the repaint/retool of Alpha, while all other Protectobots are new.