Via TVShowsonDVD we have a press release for an upcoming release of the complete Beast Machines series on DVD from Shout Factory. The set is due to be released on September 2nd with all 26 episodes of the polarizing series and commentaries and interviews with series developer Marv Wolfman, story editor Robert N. Skir, voice director Susan Blu and voice actor David Kaye.

Check out the full release after the break.

On September 2, 2014, Shout! Factory, in collaboration with Hasbro Studios, will release TRANSFORMERS: BEAST MACHINES – THE COMPLETE SERIES on home entertainment shelves. This highly anticipated complete series set features all 26 visually stunning episodes with special bonus content in a deluxe 4-DVD set. Whether reliving the childhood memory or discovering this series for the first time, this is an essential home collection for every fan, collectors and entire family to complete their TRANSFORMERS home entertainment library. TRANSFORMERS: BEAST MACHINES – THE COMPLETE SERIES is priced to own at $29.93 SRP.

TRANSFORMERS: BEAST MACHINES – THE COMPLETE SERIES:
When the MAXIMALS return to their home planet of CYBERTRON, they find that everything has changed. CYBERTRON seems to have been abandoned…that is, except for the VEHICON drones policing the planet! To make the matter worse, the MAXIMALS discover that they’ve been infected with a virus that threatens to wipe them out, unless they can adapt. Enter the world of the BEAST MACHINES!

About Hasbro Studios
Hasbro Studios is the Los Angeles-based entertainment division of Hasbro, Inc. (NASDAQ: HAS). The studio is responsible for entertainment brand-driven storytelling for the company across television, film, commercial productions and short-form. It develops, produces and distributes TV shows based on Hasbro’s world class brands, including TRANSFORMERS, MY LITTLE PONY, LITTLEST PET SHOP and FAMILY GAME NIGHT. Many of these shows air on the Hub Network, a U.S. television network for kids and their families, that is a joint venture between Hasbro and Discovery Communications (NASDAQ: DISCA, DISCB, DISCK). Hasbro Studios shows can also be seen on networks in more than 180 territories globally. Since its formation in 2009, the studio has received seven Daytime Emmy wins and 16 nominations. On the film side, the studio is developing and producing a number of features based on Hasbro’s brands, including TRANSFORMERS: AGE OF EXTINCTION (Paramount), G.I. JOE 3 (Paramount) and CANDY LAND (Sony). The studio team also oversees the production of commercials that feature Hasbro’s brands as well production of short-form content that can be seen on all of the major digital and social media platforms globally. 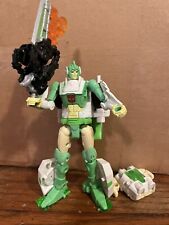 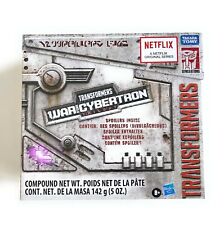 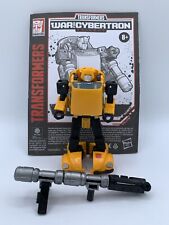 the maximal's were not ugly!(p.s.)there are no such thing's as opinion's.

Now all we need is Robots in Disguise!

Posting Rules 1 and 13 …. Let's keep it clean and civil folks. If you don't like the series, fine, but leave it at that and move on.

1. No Insults, Trolling, Flaming, Name Calling, Harassing, Etc.
We will not tolerate insults, excessive profanity or throwing a topic off course. Use of racial or bigoted terms is not accepted. Posts intended solely to antagonize others are not accepted. Keep topics/posts where they belong. Generally, “play nice”.

13. No Disruptive Posting or Flamebaiting
Do not purposely post anything which will cause another member (or members) to react negatively. This is subjective. The TFW2005 staff will evaluate the trend of posts made by those consistently being reported or those that are repeatedly involved with arguments on the site. If their overall method or content of posting leads to staff attention repeatedly, we reserve the right to warn, infract and/or ban accordingly.

you opinion does not exist you idiot! beast machines was the greatest thing that ever happened.even if rattrap didn't have weapons he still did good thing's,nightscream was the best thing that ever happened and he was not ugly,the oracle was not a jerk,the maximal's new look were perfect and just because silverbolt acted like batman and wolverine in this series it doesn't mean he doesn't love blackarachnia anymore.(p.s.)you are not a true TF fan.

Cheetor would have looked good if he didn't skip leg day.

What does that even mean? His legs were badass.

I also didn't like rattrap character change to being a coward.

It makes sense though. Often in Beast Wars when put into a position of total powerlessness he was a coward. In BM he is permanently in a position of powerlessness, with only a few advantages from his rat mode. Then, once he finally breaks free of his beast form into what he's always associated as the "useful" mode, he's no more formidable than before. Hell, that's the entire point of "The Weak Component." He's completely stripped of all his tools, and without guns or weapons, he's very light on bravado. Think of it: how many problems in BW did Rattrap solve without shooting them? None.

The Oracle was kind of a jerk. Though him zipping around on his wheels and fucking with Vehicons was pretty awesome.

I also agree, Nightscream is the absolute worst thing ever. He looks like ass. Wheras Cheetor had the long digigrade legs to indicate speed, and Blackarachnia had the long slender arms and hands to fit her arachnid appearance, Nightscream was just ugly ideas mixed into one. Nothing about him felt like it reflected his character or alt-mode, except his attacks. (which WOULD'VE been cool on someone not crap)

Just finished my dvd set. It a good series as of story but the art style for the maximals is super ugly. Cheetor would have looked good if he didn't skip leg day. Nightscream's robot mode is nightmare fuel. Rattrap and primal robot modes are nothing like the beast war designs. Blackarachnia and silverbolt looked were decent. I also didn't like rattrap character change to being a coward. Besides those nit picks I still enjoyed the series and I think it is better then G1 and Prime but not as good as animated and beast wars.

rime is making Transformers fans forget that Beast Wars and Beast Machines ever existed.so I'm making my own series that is a true sequel to both Beast Wars and Beast Machines.where the maximal's stay in their techno-organic form's,Cheetor is still the new leader and the new main character is a girl who has power's the of optimus primal,prime,and elita one and when i'm done with my first season stoy i will show it to Hasbro studios so it can be a part of the Transformers series line and toyline.(p.s.)there are no such thing's as opinion's.

Sorry to bump this old thread. I didn't check back after I posted.

When it comes to BW or BM and being released on blu-ray… the only benefits would be less discs and depending on how many episodes per DVD, less to no compression (however the benefits of this depend solely on the source material used).

Regarding either series in HD… the same rules that apply to an HD remaster of ReBoot also apply here. A true remaster (ala Star Trek TNG, or even better than that given things would be re-rendered, textures probably recreated in HD) would take tons of time (locate all models, audio and other assets from the archives, convert old model format to new and/or create new models that are similar enough to the originals, setup cameras as they were in the show, account for 16:9 if they didn't keep it 4:3 for whatever reason),… and more importantly money.

Sorry, but people just don't get HD. Every time it's brought up I try to inform them why G1 could get an HD release, while shows like BW BM can't because they were rendered in SD.

This was the major draw back in the transintional period when shows moved from film to digital production. To get Beast Wars in HD, the show would have to be totally remade from begining to end.

If Shout says that redubbing Japanese G1 is to expensive….. re-rendering a whole series is WAY more costly. So I don't see it ever happening.

I'm just surprised. I thought DVD quality was actually below TV quality, and that any master tapes or whatever it is that the station uses to air the episodes were in a higher quality.
DVD is such terrible quality.

… Maybe I'll just have to plug in my old PC's DVD drive and controller card, and find my old Beast Machines DVD and try to get my own screencaps of Strika. All the pics online are crap, and there's so few. I was wanting them earlier in the year to try and do a digibash for an alternate BotCon exclusive.

Also, RavageX-9, your avatar is awesome. It bends my mind how well G2Con and Vehicon fit together..

Thanks. Glad you recognized the components. They don't look much alike, but on experimentation they came out alright. I sort of got an Egyptian headdress look from it.
I also did a G1 Autobot + BW Maximal logo, and G2 Autobot + BM Maximal logo.

I forgot it came out on Home media today. I honestly wanna pick it up now.

Got the last set at Target since Best Buy didnt have it. 19 bucks isnt bad,wish there was more extras tho,like that Beast Machines video they played on Fox Kids when the show first came out.

I have my copies, but thought I might get a copy for my nephew. Guess I'll be telling my bro to go hunting too.

Any chance Best Buy might have it,if not Ill go to the target next door and get it,hoping they have it.