Two third party groups appear to be joining forces to bring fans an exclusive release at this months Botcon 2014. Renderform and Mech Ideas have teamed up to bring fans WAR Gauntlet. A repaint of Mech Ideas upcoming Gauntlet figure, based on IDW’s representation of Ironfist. Details about how the figure will look or cost have not been revealed yet, but if the teaser image is anything to go by, it could have a “shine” or metallic look with some bullet holes for fun.

Check out the teaser image after the jump! 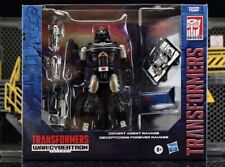 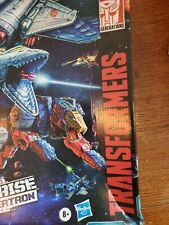 I've been thinking about getting this figure to round out my LSOTW display, but had heard about the mushroom pegs in his legs snapping. Is that the case with this version of the figure?

Well, I finally got this one.

View attachment 27821790
I've been interested in Mech Ideas Gauntlet pretty much since it was created but I never managed to get one at a decent price after it sold out. Fortunately, I managed to get one at a lower price than most people are currently selling it. Unfortunately though, I could only get the "War" version which I'm not really a fan of since I prefer the clean look from the original, that being said, is not really a bad look and offers some interesting details like Ironfist's classic bullet hole on his head but for a figure that initially costed $30 more than the original, I would expect a few extra accesories to compensate.

About the figure itself, there's a reason why I hesitated for so long to buy it. Is not bad per se but a little fiddly, his joints are not as tight as I would expect from a 3P product but it definitely has the right look for the character from Nick Roche's Last Stand of the Wreckers, it would be the perfect interpretation of the character if it wasn't for the issue that he's just too little for its own good. I don't even understand what Mech Ideas were thinking here, their Apex and Gemini were already short Deluxes and they decided to make this even shorter? Gauntlet should have as been as tall as their Topspin and Twin Twist. However, I like the accesories he comes with and they're fitting for the character.

I guess he can be a part of my display for a while but I'm hoping for a bigger version of Ironfist in the future.

(By the way, does anyone know how to remove the double cannon from his arm holes? I've been tried to do it but some stress marks have appeared on the peg and I got scared).

Shipping to the US is a bit expensive from there, but if anyone decides they want to offload theirs, PM me

They are actually doing the custom paint in the states. I paid for slow shipping and got 2 day usps priority mail. Was a nice surprise

Shipping to the US is a bit expensive from there, but if anyone decides they want to offload theirs, PM me

I want this, but shipping is 15 bucks … so no way, I'll get the 2 regular editions instead.

PSX has the available right now if anyone that didn't get one yet is interested.

Any word if the custom one will be available to those of us that couldn't attend?

This should look good with all the battle damaged Gundam figs out there.

Venk, are these going to be on the Renderform site post Botcon by chance?

Mech iDeas is the one that's selling, not Renderform.

Venk, are these going to be on the Renderform site post Botcon by chance?

Now if MechIdeas' pricing would *also* set a new trend for 3rd Parties… I'd more than welcome this.

Really, the releases they've done so far are the best prices out there for 3rd Parties… and this Botcon exclusive is *still* cheaper than a number of 3rd Party deluxes now.

That aside… they did a *great* job on the WAR paint job. I wouldn't be surprised if they get bugged to make the Demo Crue again in this setup… and other 3rd Party Wreckers get a similar treatment soon.

I agree with all of that. MechIdeas makes some fine products, at very reasonable prices. I hope we get more stuff from them soon!

Why do so many of you assume that this is a one-off situation? Given how popular the movie toys are, with the realistic paint schemes and effects, I wouldn't be surprised to see more "exclusives" like this in the future (if not outright battle-damaged lines). The way I see it is you should get this if you like it – he'll have some company on your shelf soon enough!

I think it's a little too much battle damage, it needs to be toned down a notch.

Note that this is ready for Botcon, which is next week.

I think it's a little too much battle damage, it needs to be toned down a notch.