Shout Factory has updated their website with news of a brand new complete series DVD set of Transformers: Beast Machines! This controversial series finally gets a new release after Rhino released a set in 2006. If you missed that, this set will be available on September 2nd. Description from Shout’s website below:

Transformers: Beast Wars may have come to an end, but the adventures of Optimus Primal and his team of Maximals have just begun! When the Maximals return to their home planet of Cybertron, they find that everything has changed. Cybertron seems to have been abandoned…that is, except for the Vehicon drones policing the planet! To make matters worse, the Maximals discover that they’ve been infected with a virus that threatens to wipe them out, unless they can adapt. Enter the world of the Beast Machines!

Discuss this exciting news after the jump! 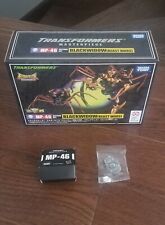 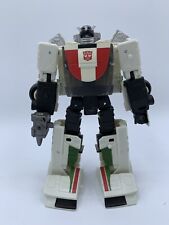 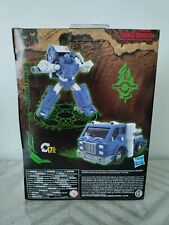 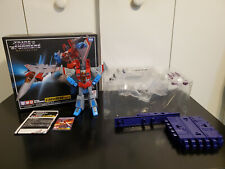 I got mine a couple of weeks ago. Started watching it but haven't had the time to continue past "Mercenary Pursuits."

Got mine today with slipcover.

Awesome news! So glad to see this finally being released!

Amazon pre-order link for anyone who'd prefer to order from them:

When it comes to BW or BM and being released on blu-ray… the only benefits would be less discs and depending on how many episodes per DVD, less to no compression.

Regarding either series in HD… the same rules that apply to an HD remaster of ReBoot also apply here. A true remaster (ala Star Trek TNG, or even better than that given things would be re-rendered, textures probably recreated in HD) would take tons of time (locate all models, audio and other assets from the archives, convert old model format to new and/or create new models that are similar enough to the originals, setup cameras as they were in the show, account for 16:9 if they didn't keep it 4:3 for whatever reason),… and more importantly money.

I LOVE Beast Machines. but i won't double dip from my Rhino dvd unless they go on awesome sale, OR there are really really good special features.

I'm sorry, but for a series produced in 1998/99, not in HD, not in widescreen… what exactly do you think Bluray is going to bring to it? It's still gonna be the same resolution, no matter what format it's on. Like converting a 128kbps MP3 to uncompressed AIFF, Bluray does not "add" quality, resolution or detail that does not exist. You'll be able to watch it in super-super–super-standard def TV quality. The truest-to-life late-90s SD TV quality possible.

Depends on how it was originally created. If it was compressed for television, VHS or DVD release then the Bluray release would allow for an uncompressed, higher quality picture and sound, if remastered from the original source.

Need this in HD. BM was rad at the time, because it all went down on a dark age Cybertron and NO HUMANS. The Vehicons were cool. Primal was a depressed hippie though, and Nightscream was embarrasing to look at. Stupid hair.

I'm sorry, but for a series produced in 1998/99, not in HD, not in widescreen… what exactly do you think Bluray is going to bring to it? It's still gonna be the same resolution, no matter what format it's on. Like converting a 128kbps MP3 to uncompressed AIFF, Bluray does not "add" quality, resolution or detail that does not exist. You'll be able to watch it in super-super–super-standard def TV quality. The truest-to-life late-90s TV quality possible.

Well if it was on Bluray they'd be able to use fewer discs, but otherwise this is spot on. If we are going to be mad about a series not getting a BD release, it should be TF: Animated since it was animated in HD and widescreen. The upcoming series set is thankfully in widescreen but it supposedly is lacking in extras including several animated shorts made for the show.

Honestly if that ends up being the case, I'm pretty sure we can all forget about Beast Machines getting anything more than the bare minimum. It kind of seems like Shout Factory has been phoning in their releases lately…

I'm sorry, but for a series produced in 1998/99, not in HD, not in widescreen… what exactly do you think Bluray is going to bring to it? It's still gonna be the same resolution, no matter what format it's on. Like converting a 128kbps MP3 to uncompressed AIFF, Bluray does not "add" quality, resolution or detail that does not exist. You'll be able to watch it in super-super–super-standard def TV quality. The truest-to-life late-90s TV quality possible.

But it's Blu-Ray, it has to be better.

I'm sorry, but for a series produced in 1998/99, not in HD, not in widescreen… what exactly do you think Bluray is going to bring to it? It's still gonna be the same resolution, no matter what format it's on. Like converting a 128kbps MP3 to uncompressed AIFF, Bluray does not "add" quality, resolution or detail that does not exist. You'll be able to watch it in super-super–super-standard def TV quality. The truest-to-life late-90s SD TV quality possible.

Regarding the release itself, this is really great news. Beast Machines was a very ambitious series, which took a number of risks in storytelling. Where some recent series spent every episode taking one step forward and one step back for a frustrating water-treading effect, Beast Machines happily took two steps forward and three steps back, as things progressively got more complicated and challenging for our heroes, while managing to fit not just one apocalypse, but two. ("I suddenly find myself needing to know the plural of apocalypse.") Characters did deviate away from their previous Beast Wars characterizations, which was probably its biggest "sin", but honestly, get over it, because they needed to shift things around a bit to get the characters where they needed them (Cheetor's leader qualities, Blackarachnia's motivations) in only 26 episodes.

People get confused by Beast Machines, because it was written as science-fiction, rather than Happy Robot War. It's basically the Transformers equivalent of Lost or FlashForward. If you haven't seen it, or it's been a while, put your preconceptions aside, and even your memories of Beast Wars, and re-watch it.

I'm not sure I can commit to a purchase when the reviews on here are so hit-or-miss. Plus, WTF did they do to Rattrap???

I forgot…what was done to Rattrap in character development is almost criminal. There really was no need to make him more of a scared rat. If there had to be this story arc of where a young character must learn to ballance themselves to finally transform, that should have been part of cheetors development and journey into becoming a better hero…would have made more sense seeing that cheetor was the youngest of the group. Oh well.

So yeah, if you were a fan of rattrap you may not like Beast Machines. Out side of that mistake in writing the show is pretty cool.

I have the Rhino version already. Though I may grab this when I see it in stores.

Sweet! Everyone needs more Jetstorm in their lives.

Fun fact: I chose this username before I even saw an episode of Beast Machines with him in it, back when I would just read episode synopses on bwtf, the name just popped into my head when I was making a username… YEARS ago

Anyway, I wonder if this'll have any new bonus features or any incentives to buying this again since I already have the Rhino set. I'll probably end up getting it because A) it'll probably be in a nice small regular-sized DVD case and I'm always trying to free up shelf space, plus it'll be nice for uniformity and B ) I'm more than happy to support Shout! Factory… they put most of my favorite Nicktoons out on DVD (only missing Doug and Rugrats), and gave us awesome releases of G1 and Beast Wars and soon to be Animated.

I'm skeptical that there's an easy way to upconvert – given it's CGI, they probably just exported to the required TV resolution at the time. And the files at this point might be a bit too old to be usable to re-export the masters, assuming they're still in Rainmaker's possession.

Yeah, that's the thing, they could've lost the files in a hard drive crash or poor media management. Also outdated software. At my job we've run into the "Program cannot read outdated software formats" (to paraphrase) errors before.

I had mixed feelings with BM but after AEC, BM seemed way better.

Any idea for the price?

Awesome! I'm glad that people will be able to watch this series. I went through bw and BM back to back not having watched any of the beast era shows when they first aired. (I found girls by that time) Theyre fantastic. I highly reccomend both series.

Go in to new releases on the web page all 3 new TF dvds are there.