Thanks to the Facebook page of Transformers Columbia we have our first images of the Dinobot Slog in-package as well as our first images of the Voyager Drift mold that has been rumored. Because the alt-mode choice of Drift here (and subsequent mold choice) can be considered movie spoilers, please only view the images if you want nothing spoiled for you! If you don’t mind being spoiled slightly,

Spoiler:
Drift is in his helicopter mode, which will be using the Dark of the Moon Skyhammer mold (does this mean the Cyclonus rumor has a chance?).

Check out the images after the jump and let TFW know if you’re digging these reveals! 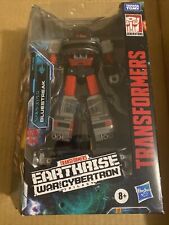 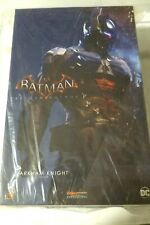 slog looks cool. i wish they just did a springer repaint/retool for drift

We need a triple changer drift. Think they can retool the Springer mold for him? I don't know if you could get a Bugatti out of that vehicle mold

Drift looks ok. Drift however, is probably the ugliest of all the AoE transformer I've seen.

You'd think we see pictures of Deluxe Snarl in package by now, right?

Drift looks ok. Drift however, is probably the ugliest of all the AoE transformer I've seen.

I can't wait for a full set of 7 Dinobots.

Drift looks okay… But that head looks horrible on him I might just buy the Drift so I can turn him in to a cool voyager Whirl.

I really want that Drift.

I guess your ESP is on the fritz,lol.Perhaps you missed my previous post where I said Drift looks cool and I have him pre-ordered. You may have also missed a few other posts saying others are getting him too. Focus my young padawan ; )

New-mold popped up in an exclusive announcement. We actually haven't seen the "main" one yet.

Though he might be redecoed for Stinger, since that would appear to be movie-accurate (and seemingly a plot element).

Wow where I been?

I'm usually all over soon as its posted on here. Though in situations like that I'd say being a repaint is acceptable, like when Starscream gets redone as thundercracker and Skywarp

Though he might be redecoed for Stinger, since that would appear to be movie-accurate (and seemingly a plot element).

The hard-line stance against mainline redecos seemed to hit in DotM, and we all know how popular THAT line was.

Evry line is going to have repaints, making a mold requires repaints to make a profit on said mold. As for Hasbro being cheap with repaints…….

So we have 19 confirmed figures, likely to be the first 3 waves, with at most 3 (depending if the deluxe Bees are the same) repaints both of which were last released 3 years ago which again not everyone could get. Now compare to the generations line we got 3 uses of the same Soundwave mold 2 of which were same wave, or the Springer and Blitzwing molds which got used almost immediately. So as we can see this is not a case of Hasbro being cheap so much as it is an economic move, if you still bag on it it might have more to do with you not liking it which is fine not every figure can be a winner. Meanwhile some of us actually enjoy these figures especially those that couldn't get it last time it was out.

Its starting to look like slog's weapons are removable after all, mostly because the 'jousting sticks' look like there not clipped anywhere in robot mode and are just wedged into the hands. The other weapons I can't really tell I mean they look like they could but there not as bad as the giant sticks.

EDIT: Then I look at the packaged version and find my post most pointless *facepalm*

You mean a toyline that gave us practically every character in the movie in a new mold? Or new molds for Movie 1 characters that were vastly improved? That didn't have shit paint?

RotF gave us a redeco of Voyager Ratchet as Ratchet (and HftD gave us another) before giving us a Deluxe Ratchet (that people bitched about for being too small).

RotF gave us a redeco of Ironhide with different accessories, and then a retool of that same mold again, before HftD gave us a new Ironhide (that people bitched about for being too small).

RotF gave us a redeco of Voyager Optimus Prime, and then ANOTHER redeco of that same disappointing mold, before HftD gave us Battle Blades.

RotF first released a minimal retool of Concept Bumblebee that nearly everyone found disappointing, and then they gave us a shite new mold. And then they redecoed that first retool. Again, it took HftD to save the day with Battle Blade Bumblebee (a figure, ironically, missing critical paint apps).

With Brawl at least they fixed the shoulders.

RotF also released Blackout in primer gray and called it good. And then, surprise, it was a character in the movie! With an inaccurate helicopter mode.

Now that I'm looking this up, holy shit they redid Barricade too? Wow, a figure so boring I forgot about it completely!

Ah, but Stalker Scorponok, I actually had that one!

Starscream's awful Voyager from movie 1 may have been rescued with a total do-over, but that mold was still heavily used in exclusives. My Wal-Mart just had a wall of those things.

Lest us forget, the actually rather good Gears, a redeco of Stockade, or the popular Armorhide, a rather dimly different redeco of Landmine.

Naturally, the temptation to redeco the molds from the first few waves proved pretty overwhelming, and we got such creative gems as Strike Mission Sideswipe. Swerve was actually pretty cool though. Rampage was creatively redecoed into "himself but accurate," but that was impossible to find anyway. There are several decos of Ravage. Thrust from Breakaway was pretty inspired, as was Dead End from Sideways.

My god, they even got two uses out of that Blazemaster mold.

Final tally:
FOURTEEN of the RotF main-line Deluxes were redecos or headswaps, out of a total of thirty-three. That's nearly half. Wave 5 was 2/3 redecos, Wave 6 and 9 were ALL redecos, and Wave 7 was three redecos and Dirge.

FIVE of the RotF main-line Voyagers were redecos, with one further retool, out of fifteen total. That's one-third. The first wave was half redecos (each of which had already been redecoed multiple times in the movie line)

In conclusion, go away.