Via 2Chan we have a look at some rather interesting Transformers designs in Transformers Generations 2014 Volume 1. Across a two-page spread ten different potential Transformers toys are shown, including an Alpha Trion, a GoShooter from Chojin Masterforce and a set of Omnibots.

Exactly what these are meant for is unclear at this time – one school of thought suggests this is a vote for which of the ten fans would like to see happen. We will update you once more information becomes available.

The ten shown are: 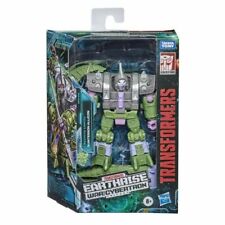 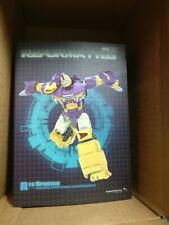 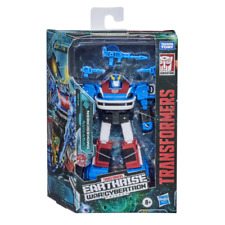 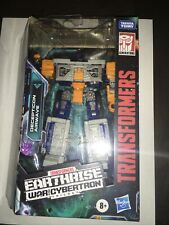 Camshaft and Downshift had their names reversed in Japan, hence why they're named as such here. They seemed to pick Ironhide because it would replicate his window chest, despite the fact that it's a drastically different type of car than an RX-7.

Also this: "Camshaft and Downshift had their names swapped for their Japanese Transformers mail-away releases (which were also available in 1985), presumably because the real-life Mazda RX-7 featured a rotary engine that does not actually have a camshaft."

Just what exactly is Smokescreen trying to be? Is that the BotCon Rapido head?

Nope, that's the standard head. Every single one of these are simple photoshops. Look at Overdrive, same exact picture. Smokescreen is Classics Smokescreen in G2 Smokescreen/Smokejumper paint job.

Just what exactly is Smokescreen trying to be? Is that the BotCon Rapido head?

Alpha Trion and Silverbolt are the ones that stand out.

So any word as to HOW the voting happens, or WHEN? Maybe this'll be a subscription service thing and we get… them… all…

Go Shuta has the wrong head. He has a red visor.

It's a mock up. If they do him he'll have the Nightbeat head.

Go Shuta has the wrong head. He has a red visor.

A little paint on that Drift's head and a couple of Decepticon symbols, and there be Deadlock.

So far all we have are photoshops. At least we know there are no production figs ready yet.

Silverbolt gets my vote. I like Alpha Trion also.

The details on a lot of these guys vary in the comic from the above image. The comic colors are closer in layout and details than most of the mockups here.

Give me The Fallen.

My initial reaction upon seeing this on the front page was mainly leaning towards Goshooter, in some measure from watching Masterforce a couple of times, and it seemed like a more focused choice than hoping for all of them to pick from.

On reflection though, a Nightbeat toy re-purposed into an emergency service vehicle would normally turn out to be Minerva, or so one might expect. The flip side is that Goshoota was Siren's Japanese counterpart, and I thought that someday down the line it would be neat if the latter accumulated a bit more exposure and character development in MTMTE such that he got his own toy. Fanciful as it seems, that would be the ideal way to get a Goshoota toy, though I understand that this project is reusing Generations figures and the like.

Police sunstreaker with siren and partners and you can take my money now. Whatever happen to clampdown and deepcover? Last three bots i want from that mold and then they should just do away with the thing.

That's supposed to be the Fallen from FoC Onslaught.

I mush get that Alpha Trion and The Fallen. Maybe the Omnibots.

3. Sunstreaker (Police Type) from Sunstreaker. It notes that this name is a placeholder, and says that he'll come with sirens and a partner.

Snakas also notes that they're planning on including Microns and other forms of partners with all of these, though I haven't found that info in the pic yet.

Uh…so…sirens and a partner? Make the partner Ai-chan, call him Mach Alert, and then name your price, Takara.

I've gotten less and less interested in these. Not sure I'd really want any one of them.

1.) Alpha Trion: I've got the Botcon version, I don't have a need to spend money on another expensive exclusive. The vector sigma partner is an interesting idea. I wonder if instead of one of those keychain sparkbot figures if they'd use Unicron's Dead End minicon

2.) Fallen: I never cared much about the Fallen, and done in such a lackluster mold? No interest.

3.) Police Sunstreaker: Why? He's so easy to kitbash. Get a Sunstreaker head and a Generations Red Alert. Strip some paint, add some black details. Checkpoint might be an okay name, Mach Alert I like better, but if I was making a new character for him I'd probably call him Speedtrap.

4.) "G2" Universe Smokescreen: It is a fun/kooky idea. I'd really love to see the Terradive/Spacecase mold used for G2 Smokescreen though…even if he'd be taller than Generations Dreadwing they'd still pair well together

6-8.) The Omnibots are mostly of interest as a group, getting 1 would seem odd, plus I have Rapido(red Prowl), Wheel-Track's mold been done in white a few times, and that Ironhide mold is horrible. I already use Universe Aveo Swerve as my Overdrive, Downshift's easy to kitbash(get a Wheeljack & a Tracks, strip some paint, switch some parts and you've got Downshift and Slicer …mine are WIPs at the moment)

10.) Go-Shooter… really probably the only one I would consider buying. But I'd rather get a new mold or a repaint of Energon Prowl or Energon Downshift for him. I've got the club Nightbeat and Energon Inferno I use as my pseudo-Classics Hosehead, so a Siren to fit with them would be cool. Hmm… maybe one of the Energon Prowl's is close enough to stand in… if only Energon Prowl was Gray/Blue instead of Blue/Gray…haha!