Thanks to 2005 Boards members SydneyY for the translation and Type-R for the original scan, we have the opportunity to read the full text of the interview with Shogo Hasui from the April issue of Figure-oh magazine. Besides some of the same details we’ve learned before, there’s a lot of interesting new information here, including:

It’s a really fascinating read and you can read the whole thing after the jump. Shogo Hasui on Masterpiece

– tell us about how you first came to know about Transformers.
H: As I grew up with Microman and Diaclone, I was rather put off initially when Transformers started in Japan. But thanks to the cartoon, my friends had started to be very enthusiastic about the series and that made me interested. I had Air Rider (Air Raid) and Brawl bought for me then, and they are my first Transformers. I must have been into military characters.
– What did you like about Transformers?
H: I have to credit solid characterizations. It was also appealing that both sides were cool. My friends and I used to get together bringing all our Transformers to play battle. It was very impressive to see (the toys) lined up. That impression is still with me, and when I developed Masterpiece I had in mind that the figures should be enjoyed lined up together.
– It was also fascinating that Destron/Decepticon looked tougher.
H: They were military weapons (while Cybertrons/Autobots were) civilian vehicles, so the difference in their firepowers was quite apparent. With that much disadvantage, Cybertron still won the battles with their wits and courage. I think the twist in the story was good.
– Wheeljack was an important character in Cybertron’s resource department.
H: I believe Transformers always need Wheeljack and Satrscream. Wheeljack invents something, and Starscream betrays – without them the story doesn’t go on, and I think it makes (the story) interesting.
– A character like Wheeljack doesn’t usually become a marketable product.
H: He certainly is not a typical heroic character. Bow-legged, and compared to other good looking guys he is more like a middle-aged man. Though once his comrades are in danger, he never considers his own safety. I watched the cartoon again and noticed he rescues Bumble(bee) many times. He and Bumble are especially warm-hearted among Cybertrons.
– We get an impression Masterpiece Wheeljack became reality relatively early.
H: He was one of the candidates to be MP-20. But at the stage of collecting the resource for the real vehicles and considering transformation processes, Wheeljack’s was quite complicated and I thought of putting him off. (*laughs)
– Is he that challenging?
H: The proportions of his robot mode are very different in the toy and the cartoon. His hips are buried underneath the body, and since his shoulder tires aren’t drawn in the cartoon, I couldn’t allocate the area around the rear tires to the arms. I had to find shoulder blocks and hip blocks from different areas. If I gave him actual hips, most of the car became the body and the legs, leaving no room for the head and the arms. Because of that, I nearly gave up. But once I came up with the idea of the storage space for the head, I thought I could do it. I crammed a lot in the head and hip structures and when you have the actual figure I am sure you will be surprised.
– Did you not make the ear parts clear or with light gimmick?
H: The (developer) team members couldn’t reach agreement on that, but I was against the light up gimmick. If the gimmick is included it will lose the neck articulations, and it is hard to express the blue/silver colour change as well.
– Is the Magnet Cannon on the shoulder detachable?
H: It can be attached to the vehicle roof and hand-held weapons can be stored under the car. The wings on the back stay on during transformation. I wanted to keep the essence of G1 toy as much as possible.
– Any hardship to obtain vehicle licence?
H: Actually, thanks to Tomica brand, we can negotiate with many car manufacturers such as Fiat. This is a great result of merger (of Takara and Tomy). I had a Lancia Stratos Tomica when I was little. The style and colour scheme is very unique and hard to forget. It was my favourite but as I was young, I don’t think I remembered the name.
– Any difficulties you came across while re-creating the body colours?
H: In the cartoon, he doesn’t have the actual vehicle’s colours on account of animation drawing. I thought over very hard if a Masterpiece should be true to the cartoon, or if it should be considered that the colours were simply omitted (in the cartoon) and make it true to the real car. Considering the fact that we actually obtained the licence, I reached the conclusion that the Alitalia colour scheme has to be re-created. Though I arranged the chest area a bit as the robot mode chest is very characteristic.
– Until Wheeljack, the characters were selected based on variations, but he appears to be a single use for now?
H: It was possible because the production number per figure is larger now compared to when Lambor was produced. Smokescreen could have new parts. The series is still new and we are still at the stage of going up one step at the time. If Wheeljack is successful, I believe we can choose from wider selection of characters in the future. In fact, when we started this “real car” series, we intended to make the first three to be something that would amaze even the “super car” fans. I wanted this series to be appealing to the fans of super car era.
– What about the future plans?
H: This is the third vehicle, so the next one might be more unique. Personally, I think there are certain pair or rival characters in Transformers. I hope such combinations (of figures) can be developed together. Also, I prefer Destrons and want more of them. If I have an opportunity to develop Masterpiece figures again, I hope to be working on a steady growing series and have more choices of characters such as combiners. I am looking forward to seeing the future development of the series, please lend us your support. 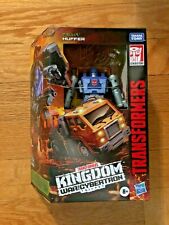 Such a great interview, makes me excited to see where the masterpiece line is going from here.

Well, the Constructicons are supposed to be smaller than Soundwave but larger than Autobot cars, with added combiner tech, so… about 10.000 yen ($100) each, for a total of $600? That's not too horrible considering the price of Giant/Hercules.

I'd pay that or a little less. Plus they would actually look like Constructicons in robot mode. One of the reasons I never bought Hercules.

If I have an opportunity to develop Masterpiece figures again, I hope to be working on a steady growing series and have more choices of characters such as combiners.

Yeah, but not like they are coming any time soon or something. Or are even in the plans.

Totally agree with you,moreover they are official TakaraTomy product if they decided to come out G1 combiner

Well, the Constructicons are supposed to be smaller than Soundwave but larger than Autobot cars, with added combiner tech, so… about 10.000 yen ($100) each, for a total of $600? That's not too horrible considering the price of Giant/Hercules.

I can imagine how costly it will be but i am sure a lot of MP collectors will love to see MP combiners in future,even if it is costly,cheers

Of course it's not confirmation. We're just speculating based on his comments. And since the MP line just switched designers, it would probably be years before Hasui got the chance to design any MP again, combiner or otherwise.

None of which makes me any less hopeful that we do get combiners eventually, because an MP Bruticus would be FREAKING EPIC.

So, he JUST says his "personal opinions". NOT official. NOT confirmation.

I don't get where the conversation turned to combiners, when nothing was mentioned about them, the whole conversation focused on Wheeljack….with some info on a couple other aspects, nothing about combiners though.

He did mention combiners in his last statement of the interview and he's mentioned combiners in the past as well, especially his favorite, Bruticus.

I don't get where the conversation turned to combiners, when nothing was mentioned about them, the whole conversation focused on Wheeljack….with some info on a couple other aspects, nothing about combiners though.

probably 80 a fig so more like 450-500, if anything they should do it as a collector club subscription like the MC voltron. get a bot every other month end of the year form devestator… maybe could even have a lower price point if you subscribe.

He has been talking about MP combiners for years, sure hope that eventually G1 combiners will get Masterpiece treatment

I know he wants to do Bruticus, but is there any way they don't start with Devastator? Just can't see anyone else leading the excursion into Combiners if it happens.

Same here, I just don't see any of the series 2 combiners beating out Devastator. Plus I'm sure that engineering has advanced to the point where it shouldn't be too hard to produce. I'm still wondering if we will get hit with a monster-sized giftset of will they be broken up into seperate releases?

Oh I can't wait for Jackie to finally be MPed.

You mean to be released? Because he's coming in August.

Devastator would be great but I also want a MP Menasor. Those vehicles would look so nice.

Bruticus would have vehicles that are way out of scale with each other. Menasor and Devastator would likely be fine.

Oh I can't wait for Jackie to finally be MPed.

As to this supposed combinder thing, gimme Supiorion damn it!

Hasui is such a tease – 5 more months until we get wheeljack and he's hyping it up like its coming out next week! I cant wait for him and MP Bee!

Devastator would be great but I also want a MP Menasor. Those vehicles would look so nice.

If they were to do MP Menasor how do you think they'd do it?
…as a set or individually, or both?

Do you think they'd make MMs truck mode to scale with MP10?

If they want more Decepticons an obvious choice in the mean time would be a Takara Skywarp and Thundercracker based on the MP11 mold.