Go, See, Talk had the pleasure to interview composer Steve Jablonsky regarding his partnership with Director Michael Bay and his studio; Platinum Dunes. Mr. Jablonsky also gave us an idea how the Score of Transformers 4 a.k.a Transformers: Age Of Extinction may sound like.

“He’s [Michael Bay] a person who takes on these projects that are so huge and massive but he’s so focused on everything and every aspect of it from the sound design, to the CG, I mean he flies up to ILM one to three times a week. He told me “look I have to do that because I need to be part of it. I can’t do it over conference call, I need to sit there with them. These hundred animators show me what they have and I’ll say that looks good, or tweak this here”. Michael really is into everything you see on the screen and he has such a hand in it all so that’s why his schedule is so crazy.

On to Transformers: Age Of Extinction score…

“I mean if you’re on an airplane and you’re listening to something with headphones, sure it’s not going to sound as big or important as if you were in my studio. He has so many things on his plate he might only have a minute to listen to a piece and I’ve actually been asked that by his people. They’ll say “the only chance that Michael has to listen to the cue is on his airplane” because he’s on his way to China or something. And I know now to say “absolutely not, I’m not handing this over so he can listen to it on his iPod. It’s just not going to happen, it’s not fair to him, it’s not fair to me and it needs to be presented properly”.

I think with each Transformers film he’s [Michael Bay] wanted something different and he’s always had this kind of specific theme where he’ll really want something special so he gives me these goals to reach, “this needs to be really emotional”, “this needs to be really kick ass”, and he always gives me new challenges. With Transformers 4 I haven’t had that many conversations with him, but I get the feeling that he wants something wildly different. Having said that we might use some of the old themes, though I’m not sure because it’s Mark Wahlberg now and a whole different cast, so we might just do something very different. The bottom line is Michael is paying me to make his films better. Whatever ideas he’s got, I’m going to listen to them, and fortunately he’s got these great ideas.

I fully expect on Transformers 4 whatever we do he’s going to want something wild and to go down some road where we use some crazy instruments or something. I don’t know yet, we’ll see what happens but he’s very adventurous in his creative process so I’ve learned that from him I think. He loves electronic stuff mixed in and that’s really where I got a lot of experience and now it’s part of my sound, I guess, because I get asked to do it a lot. I record a lot of things and then manipulate them in my computer and I really enjoy doing that that – combining it with the orchestra to make something new – and he loves that sort of thing, hearing sounds he’s never heard before.”

The interview is lengthy and more tidbits on it. Check out the full interview at Go, See, Talk. 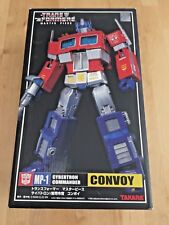 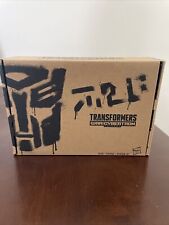 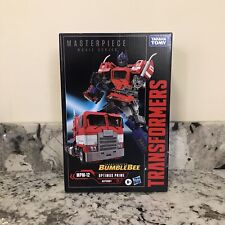 I'm already imagining a Libera Me from Hell 2.0 right now.

Good deal. Always did like the scores from the Bay movies, especially TF1 and DOTM. Hopefully there's no more controversy with plagiarism (I vaguely recall there was some hooplah over the final battle theme of DOTM and a musical piece from Inception).

I'm of two minds about the scores for the TF movies. They're not exactly what I'd call iconic in a Danny Elfman or John Williams sense. In fact they are largely forgettable and only provide the necessary oomph needed at the specified action beat, but nothing beyond that. I'd argue that the TF movies are more about Linkin Park's involvement, such as it is. Let's face it, these movies sink or swim based largely on the SFX. The music is only a tangential association necessary for most films. Sorry, but the music for these movies is workable, but that's about it.

Man this is going to be cool =)

Steve never disappoints, and I'm extremely excited to see what he'll cook up this time.

MY BODY WASNT READY FOR THIS

I hum one of his songs everyday, i cant wait for AOE to give me a new playlist
To enjoy, if theres one thinf Bay got right, its getting Steve on board.

Oh yea I'm very happy about this! I love his work! I'm glad he is back!

At the very least, I hope they keep the Arrival To Earth theme for the Autobots.

I think most people new he would come back. Great news non the less.

Glad to hear this…love all the scores.

the Arrival to earth scene is by far the most memorable scene in the whole trilogy and a huge part of that is the music, I can watch that scene over and over and still get chills,

The music is my favorite thing from the Transformers films (not knocking the movies, but praising his work). Now I know I have at least one thing to absolutely look forward to in AOE; I know I won't be disappointed.

Mmm. Love me some Jablonsky.

I am glad he will be returning to do the score for AOE.

I know most fans are really sick of Linkin Park, but I think their singles now are as much as part of the movie franchise as Jablonksy's themes, especially since certain chords of LP songs were integrated into the musical scores for RoTF & DoTM. I wonder if LP will collaborate again with Jablonky for this 4th film. I dont know if it was because of having to be cut, or bad writing, but the fact that Optimus Prime never got a proper ending monologue for DoTM never set well with me. I hope that AoE corrects this oversight.

One of the biggest things I've come to look forward to is the scores Jablonsky creates for the TF films. It's a real treat to have him back and hopefully again in the future (TF5?, next series?)

I liked his TF1 and TF3 scores thanks to each one holding several very memorable pieces, but I found is TF2 score a complete letdown. Either way, I'm glad he's back as expected for TF4… especially given that his scores are literally the best thing about these movies.