TFW2005 member tonyformer has shared this on-set picture from Chicago with the rest of us in the fandom. This latest set picture shows a wall of propaganda posters which tells us something about the tone of the next installment of the Transformers Movie series and how humanity are going to be viewing Cybertronians. Among the posters we can see:

The general atmosphere these posters are creating is one of fear and paranoia among the human populace – it seems that following Transformers Dark of the Moon, humanity is seeing all Transformers, good, evil and neutral, as a potential threat. It sounds as though Transformers 4 will be putting an almost X-Men type spin on the concept of “Robots in Disguise” – hiding from a populace that fears and hates them, that they are still honor-bound to protect and defend. 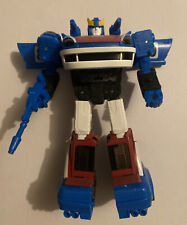 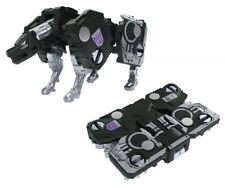 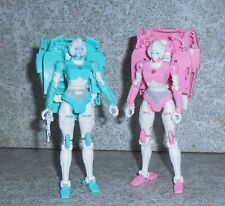 It's not even about selling books. It's about even having a story so you've got books to sell. Themes and narratives. X-Men was just a good soap opera adventure engine.

Anyway. I cannot say anything about something we've not seen and I don't have that much hope for all this besides on a design level. But I wished they played with how cruel the Autobots and OP was in DOTM. Having them deal with some PTSD, embodied in part by the outside threats and seeing how its dealth with would tie it all together in a neat bow and start it all afresh I think.

Coz it sells books. If everyone loved mutants, it'd be another dull superman book.

I think I can at least partially understand the new feeling against the Autobots. Remember in DOTM, legislation was passed to exile the Autobots after Sentinel's message to the U.N. Though the Autobots seemed to follow along with humanity's request to leave Earth, they later showed up in Chicago. Though they were the main force in dealing with the Decepticon invasion, by simply defying the legislation, that would be in direct action against the U.S., despite their contributions and defence against the Decepticons, which in turn would lead to mistrust (due to them "breaking their promise"). Plus, many would look upon the Autobots as the source of the invasion (i.e. like that idiot Galloway from ROTF saying the Decepticons were on Earth to hunt the Autobots). Pile all of that together, and thus you get the new "vibe" that humans have for the Autobots.

I can't wait to see this movie. Everyone has the opinion and thoughts and all are valid. But going to the movies and seeing it will be the tell all end all of everyone's debates. I myself IMO this movie is going to kick so much ass it'll make us forget all about the previous 3

i like each of the last 3 for what the were. 1 was the first so it was the first time we seen any of this happen on the big screen so it was just overall a wonderful experience. 2 had some of the best action and set pieces of the 3 but the story was lacking and all over the place. 3 had a lot of story and at time a bit to much story and the first half of the movie was just to much Sam. But like 2 had great action and set pieces. Now if they can get the action of 2 and 3 and the better story of 1 we will have a winner lol

I can't wait to see this movie. Everyone has the opinion and thoughts and all are valid. But going to the movies and seeing it will be the tell all end all of everyone's debates. I myself IMO this movie is going to kick so much ass it'll make us forget all about the previous 3

Do you think those pictures mean that Optimus and Bumblebee won't change a bit except their vehicle modes?

Because their faces don't look changed.

It's likely that in the movie the posters were made from the only face photos the people had, but in reality the TF in question may have already changed their faces when they reformatted their bodies.

But more than likely the heads will have stayed the same to give some continuity to the TF despite a body makeover. If the TF are in hiding then they aren't going to be transforming from their disguises and showing humans their faces anyway so no need to change them.

why does it seem like almost every is just focusing on the "hate" posters rather than the giant prime "hope" poster.. or all of the other "hope" posters.

i think it's just like everything else in america, there are two groups of people with different opinions. but, like i said, it seems like most people here are focusing on the "hate" posters and turning a blind eye to everything else.

Well, the x-men spin on transformers makes sense, given that bay has Optimus act more like wolverine…

There is a warped Xavier/magneto thing going with the bayformers… Ops and megs were once brothers (more fraternal than "genetic"). Both want to save their race, but prime wants to do it without hurting non-cybertronians, but megs has no problem killing 1 or a billion humans, just as long as the restored cybertron is ruled by him

Gluttons for punishment, I guess.

According to the humans.

These films portray general humanity as such assholes, there's only a FEW decent human beings on Earth that the Autobots can trust and rely on. Makes me wish Lennox got a cameo.

Didn't Sam have some similar posters in DOTM that said hope

So, much like in All Hail Megatron, both sides are seen as evil and Earth wants to frag anything from Cybertron……thank you Dreamwave for starting this trend (or Marvel for the whole "we hate mutants/Spider Man/ DC aliens are evil/ supers are no good) that seems to be everywhere

I really hope these are available for sale sometime in the future. They'd be really cool to display in my room!

Didn't Sam have some similar posters in DOTM that said hope

Like the 1st fllm when Bee was Captured he could easy take them out with a few shots,, So Why did he allow himself to get captured,?

I expect it will be made available nearer the release of the Movie. It's something that Hasbro and Paramount can knock out without too much effort that cinema goers will pick up "to own a bit of the movie" as it were.

Agreed. That's easy and predictable money. Hell, I'd be interested in Propaganda style poster art, and I'm not a movie guy. Reminds me of the all hail Megatron propaganda covers. Those are very sharp.