One subgroup of Transformer characters fans of 3rd party toys have been begging for appear to finally be getting their due. 3rd party group, Planet X (makers of the War for Cybertron Omega Supreme Unofficial toy) are taking the helm on some Fall of Cybertron Dinobots it would appear! Currently on display at Botcon 2013 at Robot Kingdom’s booth is a prototype of an unofficial swoop figure. They’ve been kind enough to share a pic on their Facebook page and 2005 Board member Yoonakron has sent us some pics of his own as well.

You can check out the prototype pictures by clicking the title bar. 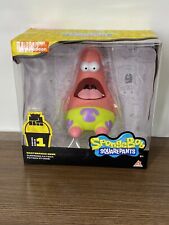 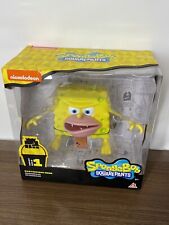 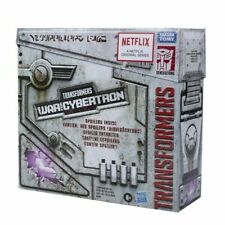 Finally picked up Metallic Caelus. To my dismay the joints on this one are way much more loose than the original, non-metallic's release. Also the blades that it came with suffers from the same larger hilt circumference than the fist's peg can hold, akin to the replacement blades that came with Triton. Nothing a little sanding down won't fix. I am a tad concerned about the looseness though. Not sure that floor polish will work and I don't want to mess with a superglue compound.

Question. My copy of the rerelease has a loose shoulder. It’s loose enough that it can’t hold up its sword. What’s the best way to tighten up those shoulders?

Metallic. The normal ones had black missiles and fully painted swords I think.

He does, but will have to either sand down the inner fists or the hilts on the swords to allow him to hold em.

Hardly can tell but it's not exactly the same grey and clear orange.
View attachment 28409037

Is the the regular or metallic version? I can't honestly tell.

Metallic. The normal ones had black missiles and fully painted swords I think.

Is the the regular or metallic version? I can't honestly tell.

Yeah, but I was really hoping that the reissue would have the correct swords so I didn't hafta pick a Paddles up.

Did you notice any improve to the mold ?

The hips aren't very tight. Rest of the joints are alright. Didn't have the first edition anyway.

Did you notice any improve to the mold ?

I really wish they would go back and fix some things up with the mold. A locking head, ankle tilts, and wrists would do wonders. Swoop is a little bit of a weak link in the set and this would be a good enough opportunity to do so. Unfortunately a shiny repaint only goes with their grimlock and doesn't really fit in with the rest of their releases, but it seems like they might be reissuing their entire dinobot line so who knows.

Saw metallic Caelus during TFCon. Let's just say it made me regret having the regular version.

Metallic Caelus looks pretty damned sharp! Anyone have a pic of Caelus with Siege Hound and/or Sideswipe? I wanted to see how well FOC Swoop looks with Siege figs.

And then metallic version.

…oh yes, this is all that's been holding me back from going all-in on the PX dinobots!..

…my paddles won't match, unfortunately, but to be fair he was impulse-buy cheap…

Regular Caelus pre-order up at BBTS.

And then metallic version.

So PX finally broke their silence streak for a moment to address two of my inquiries. They confirmed that Metallic Caelus will indeed come with transparent swords. The other Q relates to the remaining Dinobots getting the Metallic treatment to which they responded along the lines of all depends on the sales of Metallic Caelus.

Ugh. More money Planet X wants me to toss their way. CAN WE SORT OF PUMP THE BREAKS THIRD PARTY GUYS AND HASBRO, TAKARA, AND BANDAI?! My wallet is not ready.

Great news for us new guys who never got a chance to get the full team back in the day.

Anyone seeking the non-metallic version of Caleus, I will be packing mine up and selling it to make room for the metallic one. It's 100% in condition and complete, along with original box and instructions. Will put up pics of it later this week. Asking $45USD + S&H.