Previously it was reported that actor Josh Duhamel will make a Cameo Appearance on Transformers 4. However, things were very quiet and the actor finally gave a solid answer:

With that tidbit, Tyrese Gibson’s Cameo Appearance is also in question at the moment. 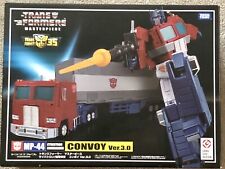 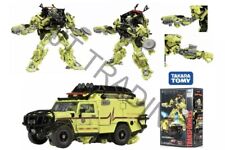 The only dude that could be eye candy is gone!

There will be more to replace the ones not in it.

I doubt the quantity (or the screentime) of humans will change much.

The less human characters the better

My favorite human in the series. Bummer.

Lennox…why must the good leave the movies?!?!?!?! I liked his role in fighting side by side with Optimus and his team. I just hope Tyrese Gibson will be in TF4…I definitely like his character. This is a major downfall for me, but at least there will still be some aspects of the movie I will like and will be looking forward to seeing while watching the movie on the big screen.

Just because some of the characters are gone doesn't make it a reboot.

Oh no, the dumbass male model is gone

I kinda hope either Epps or Simmons is in this one

Lennox and Epps (along with Maggie) were my favorites out of the humans, but at this point, with my feelings on TF4 (not interested in seeing it in theaters), even if he'd been in the film it wouldn't make a difference to me.

Assuming that NEST is dissolved after DOTM, it easily explains why Morshower, Epps and Lennox don't appear in the film.

Shame, as I didn't mind the characters. Sure they didn't have much in the way of personalities (just as any character doesn't in a Michael Bay film) but they were at least enjoyable human characters to have around.

Hopefully NEST is gone too.

Was he even in the third movie? It's been awhile since I last saw it, but I don't remember him doing anything.

yah, he turns into ratbat

Great news, don't want to see any of the original cast in the new movies.

I don't want to see any of the original bots in the new movies (mainly Bumblebee).

Didn't expect to see him (or Tyrese) anyway.

yeah, the guy was basically a cardboard cutout. The best thing I can say about the character is that the part didn't call for comedic buffoonery or babbling gibberish

Indeed. Out of the large number of human characters in the Bay films he was one of the few that didn't annoy. The films could've probably done with a few more like him.

Perhaps. Apart from a few little speeches here and there any random military guy that stumbled into the scene could've delivered his role.