“Over the last few years, IMAX has been quietly developing a smaller digital camera with amazing resolution. And while that would be great on its own…the new camera would also shoot in 3D! However, since no one had been talking about it recently, I figured IMAX was stuck trying to get the tech to work and it’d be years before we’d see it in action. I thought wrong. Tonight on the CinemaCon red carpet for Paramount’s presentation, Michael Bay told me he’s going to be shooting the big showcase scenes in Transformers 4 with the new, smaller IMAX 3D digital camera!”

Here’s [The Collider] interview with Bay. He also revealed he won’t be shooting in 48fps, he’s excited about Dolby Atmos, and more.

Main points of the interview are highlighted after the jump. Michael Bay: 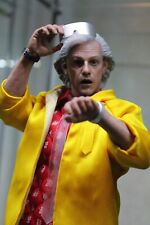 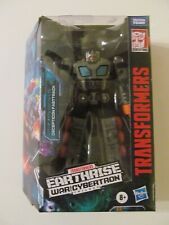 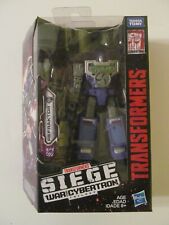 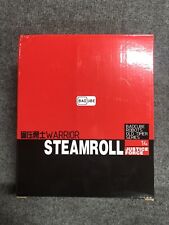 lol I haven't seen an IMAX movie in over 10 years. Looks like this movie might bring me back to it.

I love 64.2 Channel Dolby ATMOS sound. Seeing several movies recently with this new sound is amazing! Blows all other sound quality away!

it's too bad they're making the new Imax cam smaller and lighter.

It wasn't so easy to shake them when the camera's the size of a fridge.

True. Hopefully he learnt from DOTM – though my problem with DOTM came in the length of the fights – even removing the shaky cam doesn't solve the problem if the fight lasts less than a minute.

Interesting vid. At first Bay seems like he's bluffing for a test he didn't prepare for, and by the end he can barely disguise his contempt for all those nerdy questions.

So does this mean less shakycam than DOTM even?
I woulds be happy!

it's too bad they're making the new Imax cam smaller and lighter.

It wasn't so easy to shake them when the camera's the size of a fridge.

Not a big fan of IMAX, myself. I mean, it looks glorious, and the better the new digital techniques the crisper, I guess. But it always feels a tad bit TOO big for me, and I miss details I wouldn't on a regular (but still big) screen.

But it's cool that they're doing it. Just hope they won't have seperate scenes for IMAX like they did with ROTF. Hated how clumsy the forest battle looked in theatres, and then I found out later on the IMAX included extra shots that looked phenomenal.

This makes me somewhat concerned for anyone who is going to see TF4 in this new IMAX 3D. Picking Michael Bay as the first Director to use this technology is not wise.

Anybody who saw RotF in IMAX could see that he did not really know how to utilize the technology properly in his film (inter-splicing one of his IMAX scenes with non-IMAX scenes so that the viewer is subjected to rapid changes in image size and quality). For the 3D in DotM he got equipment and 3D filming specialists directly from James Cameron. He was getting advice on how to utilize the equipment from these people and they were handling the equipment themselves. In other words, he got very little real directorial experience with 3D from that film.

Now they're going to hand him this equipment with no one to help guide him through its use? Film-goers would be well advised to wait on hearing how several audiences respond to the version of the film with entirely new filming technology in it before spending their money on that version.

What do you get for news credits? Do win a prize or something? Is there an actual point?

Will do my best to watch this in IMAX. 3D was nice, but a little headache-inducing.

I don't know why you haven't yet! It's awesome.

we will see, I would hope that the Script and the Production had the same amount of effort put into it. In the last movies all we heard was how much technlogy this film was made with. That doesnt make a great film.

The acting and the script make more of a difference than the cameras do.

Not that it wont be cool if the rest of the movie is up to par. But judging from the others, It wont be.

Meh, there's no IMAX theatre in my state of Australia, so what is the point in me being able to watch it? Heck, even my town doesn't have a 3D projector, but it is still a brand new digital projector.

You don't have access to it, so nobody else should. Ok.

I'm curious to see what this camera looks like…

This, along with Tucci being in the movie, is improving it's chances of me seeing it in theaters.

Meh, there's no IMAX theatre in my state of Australia, so what is the point in me being able to watch it? Heck, even my town doesn't have a 3D projector, but it is still a brand new digital projector.

Actually, only ROTF was filmed with IMAX cameras.

True, but all three films were eventually released in IMAX. Makes sense they'd plan for that for the fourth.