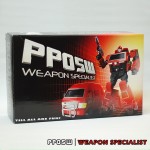 3rd Party Group, IGear, has updated their store with final product images for PP-05M Medical Specialist (Not-Ratchet) and PP-05W Weapon Specialist (Not Ironhide). A ton of new images to go through, the several times delayed figures are seen in their final colors and are displayed with all of their various weaponry and alternate heads. There is also comparison pictures with Classics Nemesis Prime. IGear’s store is listing these as “In Stock” so it would seem that they’re finally sticking with the release date of around July 15th.

Take a look at all of the new images (mirrored here for your convenience) by clicking the title bar. 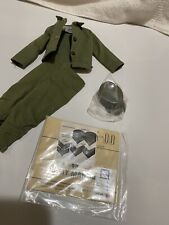 these were such cool damn toys. plastic felt scary thing but never like it would've broken and they had a ton of cool gimmicks

I always assumed that they were ToyWorld but who knows.

Yup, that's what I've heard too.

Wouldn't surprise me if igear never died and are still around on a different name. I mean, it happens all the time to 3p companies.

I loved these guys and Faith Leader back in the day but I'd never go back from the current cream of the crop.

I always assumed that they were ToyWorld but who knows.

Just recently got these guys to complete my idw infiltration crew. Totally happy with the purchase and even though they are a little big for my collection I still love them.View attachment 29253314

. It really makes me wonder what they would have pulled off had they stayed together a while longer. Just something to think about, I guess.

Wouldn't surprise me if igear never died and are still around on a different name. I mean, it happens all the time to 3p companies.

I loved these guys and Faith Leader back in the day but I'd never go back from the current cream of the crop.

I wish someone would ko these into Mp scale because I love the robot modes on these significantly more than the super toon official mp. Also these are hard to find

Pretty much agree with everything you’ve said here. I feel they scale so well with my older chug figures and my KBB undersized MP Optimus that, with very few exceptions, they’ve also saved me from replacing my Autobots with the newer smaller mainline figures. Despite the newer ones being a bit more G1 accurate.

If anything, the only thing I’d say hasn’t held up so well on this mold is the face sculpt. Definitely dated style wise. Still wouldn’t trade the specialists for any other versions of the characters.

I’m not even going to apologize for the necro here; I had an opportunity to kind of reflect back on and revisit these guys last night, and I felt compelled to talk about them and how they’ve held up over all these years.

The company is long gone now, and these guys have sort of been forgotten about. We are at a point right now with the official toys where we are getting updated versions of everyone, yet WFC Ratchet and Ironhide are so infuriatingly difficult to get our hands on for a reasonable price that when I managed to get one and not the other, I was compelled to just sort of wash my hands of them both and I recognize that having these two already on my shelf was a big reason why I was able to do that so easily. I think these guys came out in 2015? While they are just a little taller than a lot of CHUG collectors may want In light of the downscaling that has been going on, they are both sorta becoming cooler by the year because they keep managing to stack up impressively against anything that has come out since.

I’m doing a big rearrangement of my collection and I noticed for the first time that to my horror, the ‘shady’ side of Ratchet somehow managed to catch so much rogue UV that he looked deliberately cel-shaded. After a pretty damn satisfactory brightening bath (I really wish I had gotten before and after pictures, but I’ll upload some of him, post-brightening bath. You can catch just the slightest hint of yellow still on his left leg), I put this guy through his paces for the first time in years. After all this time, the long-term stuff that we were all afraid of, like stressmarks or damage from having to bend panels around other panels, the tires rotting, the vacuum-sealed metal bits flaking.. these guys are still the same as when they came out of the box. Even a six-hour peroxide bath did nothing but sharpen Ratchet up more.

Looking back, these guys were seriously an incredible value. Of course, provided the QC held up, these two were always going to be better than any mainline versions… but it’s seriously been years and I just don’t need any other version of these characters on my shelf. Hell, putting aside the scale and the stylistic variation, I would not trade either of these guys even for the MP versions.

As collectors, we will always have a habit of casting stuff aside, regardless of merit, whenever the hot new update comes out; but if you still have these guys, don’t under-appreciate them! Pull ‘em off the shelf every once in while, see again for yourself how good they are before you spend nearly as much on eBay for the ER versions, with their damn feet sticking out and their turtle-shelf roofs. Or even worse, some new 3P version that will run $100 more and have QC like a game of Russian roulette.

iGear had their issues, sure; but I think we may have seriously been deprived without them. I know IDW is not everybody’s thing, but between the Specialists, the Con Air Raptors, and their sharkticons? I have saved a ton of money at retail and online, not having to bother getting several generations worth of updated versions of those characters. It really makes me wonder what they would have pulled off had they stayed together a while longer. Just something to think about, I guess.

I have these two in box as well and I can beat Kibble's prices and ebay's prices and pretty much anyone prices …….

Anybody looking for these, I have them both MIB, like new. Happy to sell! I should be able to beat eBay's prices.

Since Siege Optimus is same size as Classics Prime they are probably same size or half a head taller.

How do these scale with Siege Optimus?

Delicate can be interpreted as something positive. Let's use fragile

iGear Faith leader. A downsized, all plastic KO of MP-01.

Which Optimus is that?

iGear Faith leader. A downsized, all plastic KO of MP-01.

Is thee anywhere I could get an ironhide for cheap? I’ve always wanted one of these but they were super expensive for awhile.

Where were you last week when mine went no bid on ebay at 25$?

These along with Faith Leader look great with a lot of Classics figures. Which Optimus is that?

Anyway to get these guys to not look knockneed?

Yeah, back when I had the space for a Classics shelf, these two along with MP-10v for Prime, and the older, taller Classics/Universe deluxes made for a good display.

They'd probably be a bit too tall next to Classics Prime and the newer/smaller Generations/Prime-trilogy deluxes though.