Toy World HK and Cybergundam Blog have put up scans from the March editions of Figure King and Dengeki Hobby, respectively. Figure King gives us a look at the first six Transformers Prime Japan toys – Optimus Prime, Bumblebee, Cliffjumper, Ratchet, Megatron and Skywarp. These toys are at a lower price than previous Deluxe and Voyager Class releases in Japan, achieved by taking a step back to the earlier days when Transformers had less paint and used stickers for much of their details – Ratchet, for example, has the stripe on the side of his ambulance mode added by a sticker.

Each of the six toys has also got added hardpoints for mounting the Arms Microns who come with them – Aupi(オーピー) for Optimus, Beetoo(ビーツー) for Bumblebee, Ciel(シエル) for Cliffjumper, Arue(アルエ) for Ratchet. Gora(ゴラ) for Megatron, Baro(バロ) for Skywarp (many thanks to 2005 Boards member Ricochet for providing the names). The Arms Microns come as unassembled kits, and feature clear Energon Crystal parts. They can also be combined to form larger weapons, as demonstrated in some of the scans.

There is also some coverage in both publications of MP-11 Starscream Version 2, focusing largely on the new additions to the design, namely the coronation scene gear. One page from Figure King shows Starscream in a commanding pose in front of Henkei Ramjet and Astrotrain – which looks pretty awesome!

Read on to check out our mirror of all the scans. 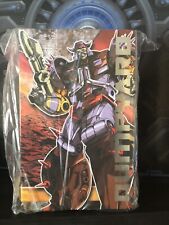 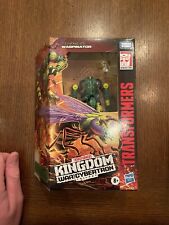 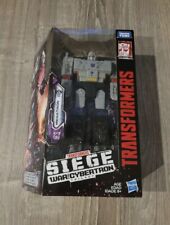 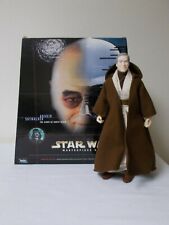 Soundwave's not being released until April. Unless something pops up ahead of time, we probably won't see any scans of him or Terrorcon Cliffjumper until the end of March.

Maybe pushed back with Terrorcon Cliffjumper, who also has a Micron release.

Ah!, that would make sense – HLJ has them pre-ordered for June or something I think; cheers for clearing that up.

Maybe pushed back with Terrorcon Cliffjumper, who also has a Micron release.

Think these Japanese store exclusives are expensive? Welcome to the world of Micron collecting.

Too high end for a small targetmaster

These micron figures look cute but definitely not worth the money if the price is at high end.

Could these micron figures be worth much on their own?

I see microns for sale and most of the time they command a lot of money so I figured it may be worth buying these for just the micron even. But that may be because past ones are a lot rarer (i dont know anything about microns).

Well some of them are better than others so they're decent new versions of Targetmasters. The Backwind mold, to me, is the only outright dud of the bunch. Waterlog is awesome in gun mode and I really like the Caliburst/Darkray and Chainclaw/Bomb-Burst molds.

60 for a inch tall figure is insane

As much as Takara Tomy LOVES targetmasters, I wish they'd design a variety of them; repainting Nightstick over and over again is kinda boring.

Sadly these campaigns are just freebies, so I imagine they can't really justify the expense of creating a new mold for them. Repainting an existing mold, however, is cheap as dirt.

Well, they are targetmasters in everything but name. Their altmodes are weapons after all.

As much as Takara Tomy LOVES targetmasters, I wish they'd design a variety of them; repainting Nightstick over and over again is kinda boring.

60 for a inch tall figure is insane

IT's almost like having a kit! PErsonally I like the idea of putting things together myself and adding stickers….as long as they don't fall apart like gundam models then I'm all over it.

cannot wait for mp11 to get here!! been feeling sort of empty inside since selling my original mp screamer

From the various promo shots, we've seen a neutral frown face (with the "duck lips" as TCracker calls them XD personally I think he looks like a cat going like this =3) and one where he's grinning/smirking like the jerk we all know and love (I much prefer this face). Nothing too clear or close up, mind you, but I think those are the two faces he has judging by the photos.

I guess I got to look closer as they looked the same (not showcasing them up close doesn't help).

the mini-guys themselves i actually like, im surprised to find. however, as with the rest o yall, the added pegs and stickers are a fail.

Can anyone tell if cliff's gun is pegged into his hand or the added port? cuz if you dont need the port and if they come to the US then i might pick up one or two of cliff's gun cuz Rid doesnt come with the triple guns