Bad news reaches us from our sponsors, Big Bad Toy Store and TFSource. The Transformers Prime First Edition toy line, which contains amongst others a very sharp screen accurate Optimus Prime and Bulkhead, plus Cliffjumper with show-accurate arm cannons, have been officially canceled for US distribution. A very small few made it to Toys R Us, along with a partial release of the line in Asia and Canada. Although it was always intended to be a limited run line, it looks now like that many preorders may simply not be filled.

We apologize that we have learned that Hasbro has canceled these [Transformers Prime First Edition] figures. We will be listing new TF Prime preorders on Wednesday 2/1. Some of these may convert to new listings and some will be canceled. We will email you with updates between now and Wednesday.

Unfortunately we have some bad news, we didn’t want to call it until Hasbro confirmed, but the rest of the Transformers Prime First Edition series figures will not hit the US. New Prime preorders will be up next week, if you already have placed an order you can opt to convert to the new product (RID) or cancel your order if you no longer want the RID piece. Once we have more news and the new preorders up next week we’ll reach out directly to all customers that preordered.

Unfortunately it seems likely that the line will at this point never see a full, mainstream US release. However, hope is not completely lost – this may be like previous occasions where items that seemed to be canceled eventually turned up in discount stores such as Ross, as was the case with the Reveal the Shield Voyager assortment, Power Core Combiners or Windcharger.

We live in the hope. 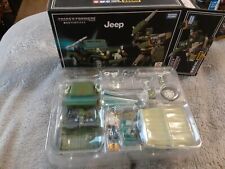 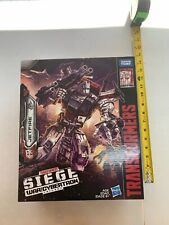 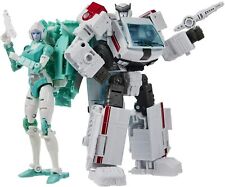 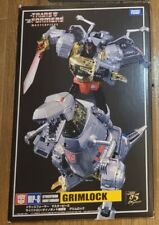 Damn I just picked up Bumblebee, Starscream, Arcee and Optimus from TRU yesterday. I already have all the FE figures so these were extra.
Guess I should try selling Bulkhead on Ebay probably worth a bit now..but man WTF Hasbro way to screw over the usa'ers

Yeah, he tried jacking his price up to 56.99 and screwed it all up.

Okay that's fake. Somebody made that up, used fake accounts, hacked the system or something.

That store is located in Burlington, Ontario Canada, second largest TRU in Canada. It was the first to have TF Prime FE figures for sale.

you remember how much that RTS lugnut is?

THAT is just batsh*t crazy. I'm gonna watch that one to see if anyone actually goes for it.

Edit: Duh, just realized he tried to increase his price and screwed it up. LOL. Sure would love to see someone go for one at $5K though…

Okay that's fake. Somebody made that up, used fake accounts, hacked the system or something.

That store is located in Burlington, Ontario Canada, second largest TRU in Canada.

That store is located in Burlington, Ontario Canada, second largest TRU in Canada. It was the first to have TF Prime FE figures for sale.

Yeah I believe it is Canada.

geez, I like the random RTS stuff there too. Where are you located?

Fixed the images, I think I saw a couple more starscreams in the back as well.

^Your image embeds don't work. They're not jpg files; they're pointing to pages on another forum that you need to log in to see.

This is what the TF Prime FE sections look like at my TRU as of today.
I think that I see a Starscream in there somewhere, lol. I contributed way back when on this thread, but now it's interesting again for a whole different reason.

Actually I agree with GA here, this thread has long lived past it's expiration date.

I took a chance with hlj. See what happens?