For the complete press release and a pretty picture of the boxes, continue reading after the break. For Immediate Release

Prepare to experience the world of TRANSFORMERS PRIME like never before with perfect picture visuals and the purest digital sound available when the entire first season of the award-winning CGI animated series TRANSFORMERS PRIME arrives in stores everywhere in North America on March 6, 2012 in a deluxe 4-DVD set and a Limited Edition 4-Disc Blu-ray™ collection from Shout! Factory, in collaboration with Hasbro Studios.

Both the DVD and Blu-ray collections of TRANSFORMERS PRIME: THE COMPLETE FIRST SEASON boast all 26 action-packed episodes (including the 5-part miniseries Darkness Rising) and special bonus content. For a limited time only, TRANSFORMERS PRIME: THE COMPLETE FIRST SEASON Limited Edition 4-Disc Blu-ray contains a 96-page IDW graphic novel based on this hit series.

Delivering a new level of heavy metal action and family entertainment for all ages, the limited edition Blu-ray collection is priced to own at $64.99 SRP. The deluxe 4-DVD set is sold separately and has a suggested retail price of $ 29.93 SRP.

The TRANSFORMERS saga starts a new chapter as old foes return, legendary heroes rise, and new ones are found in unlikely places. The new EMMY Award winning series TRANSFORMERS PRIME, A Hasbro Studios production, currently airs on The HUB television network in the U.S. and Teletoons in Canada, deepens the epic mythology of both the AUTOBOTS and DECEPTICONS, while starting a new chapter for a new generation of fans.

In early 2011, loyal TRANSFORMERS fans, as well as families and kids, were introduced to this visually stunning five-part miniseries on The HUB. OPTIMUS PRIME, BUMBLEBEE, ARCEE, AUTOBOT RATCHET, BULKHEAD, and many others are back to “roll out” against MEGATRON’s latest attempt to conquer Earth. And MEGATRON proves to be more powerful than ever, having acquired a rare element that allows him mastery over life itself. OPTIMUS PRIME and the AUTBOTS may be few against the DECEPTICON hordes, but they find increased strength through bonds forged with three human teenagers.

About Hasbro
Hasbro, Inc. (NASDAQ: HAS) is a branded play company providing children and families around the world with a wide range of immersive entertainment offerings based on the Company’s world-class brand portfolio. From toys and games, to television programming, motion pictures, video games and a comprehensive licensing program, Hasbro strives to delight its customers through the strategic leveraging of well-known and beloved brands such as THE TRANSFORMERS, LITTLEST PET SHOP, NERF, PLAYSKOOL, MY LITTLE PONY, G.I. JOE, MAGIC: THE GATHERING and MONOPOLY. The Hub, Hasbro’s multiplatform joint venture with Discovery Communications (NASDAQ: DISCA, DISCB, DISCK) launched on October 10, 2010. The online home of The Hub is www.hubworld.com. The Hub logo and name are trademarks of Hub Television Networks, LLC. All rights reserved.

Come see how we inspire play through our brands at http://www.hasbro.com. © 2010 Hasbro, Inc. All Rights Reserved.

About Shout! Factory
Shout! Factory is a diversified entertainment company devoted to producing, uncovering and revitalizing the very best of pop culture. Founders Richard Foos, Bob Emmer and Garson Foos have spent their careers sharing their music, television and film faves with discerning consumers the world over. Shout! Factory’s DVD offerings serve up classic, contemporary and cult TV series, riveting sports programs, live music, animation and documentaries in lavish packages crammed with extras. The company’s audio catalogue boasts GRAMMY®-nominated boxed sets, new releases from storied artists, lovingly assembled album reissues and indispensable “best of” compilations. These riches are the result of a creative acquisitions mandate that has established the company as a hotbed of cultural preservation and commercial reinvention. Shout! Factory is based in Santa Monica, California. For more on Shout! Factory, visit shoutfactory.com. 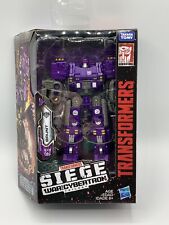 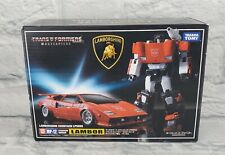 I hate region coded Blu-Rays. Damn it now I have to wait and pray that we get a release here in Australia >.<

It won't. The only way it would get released is if Prime aired all of season 1, and even then, the blu-ray would cost at least $60.

Shout! Factory, thank you for region coding the blu-ray, it saved me and many other international members from spending money on something we actually wanted.

March 6th is going to be a glorious day. Game of Thrones and Prime?? MMMMmmm yummy high end television boxsets

Fuck yeah!!! Game of Thrones is the greatest show on TV since B5. Can't wait to get it…or for season 2. Don't know if I'll be able to get that and Prime at the same time however so I'll have to pick one.

Aw, I asked Brian Ward on Twitter and he says it'll be region-coded…

I hate region coded Blu-Rays. Damn it now I have to wait and pray that we get a release here in Australia >.<

I don't think I will be buying right away. Maybe later.

Aw, I asked Brian Ward on Twitter and he says it'll be region-coded…

And I'll get paid on the second of march…

Huzzah for BR's being region-free…

Wait, where does it say that?

DAMN, son, fifteen commentaries? I need to find out if I can play this on my UK PS3…

Huzzah for BR's being region-free…

I might pick this up but I think I'll be to busy with Mass Effect 3.

I had interest, but there is that region restriction. Why this stupidity still exist? Region free for all Blu-Ray. Many titles are impossible to buy in Czech Republic and I dont need subtitles or dubbing.

Can't wait to get the full first season, seeing as how we still haven't even got a single copy of the 'Darkness Rising' Dvd in my area. Still just a big empty space with a price sticker.

AWESOME!!AWESOME!! and it's on blu-ray even sweeter!!

I went ahead and ordered the blue ray discs. It is way cooler. My kids can just watch something else in the car. I can't wait for it to come!!!!

I preordered my blu-ray copy on amazon a while ago. It's been discussed in the "deals" thread.

My set has been on order and can't wait to have the official copy…..

Haha yes, everything will be tidily packaged, convenient and the best quality we could hope for! No more squinting at youtube, feeling guilty about and/or waiting for downloads… except, y'know, season two will have started by then lol.

Dude, we never saw Season 3 of TFA and the releases of Seasons 1 and 2 were a joke. Bite the bullet on the Region 1, definitely.

Here in Australia we had the same thing -very patchy! So aside from maybe waiting to find a good price online, I woun't hesitate to get this; I'm just waiting on my region free Blu Ray player to turn up, upgrading from R4 dvd. Now hearing that this set might arrive to my door by my birthday mid March is great news.

hopefully subtitle in there!