Takara-Tomy have unveiled their latest free present campaign, this time to promote Transformers Prime. From 28 December 2011 by spending 3,000 yen or more at participating stores on Transformers Prime merchandise, shoppers will receive a free limited edition Micron. The three Microns are:

As always, these are set to be limited run items available purely on a first-come, first-served basis. As you might guess from the information above, these are carrying on the recent trend of issuing the Power Core Combiners Mini-cons in Japan as same-name homages to the Generation 1 Targetmaster partners. 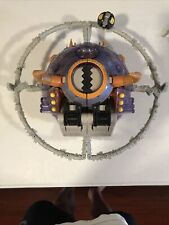 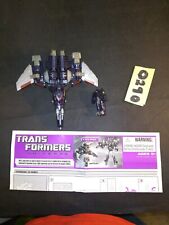 Yah,you are right on,minicons into the Prime series does not link at all.

I'm not sure I'd want a "Targetmaster" partner called Aimless – that's just asking for trouble.

unless i am mistaking, that is the name of one of the original decepticon targetmasters, isn't it?

yup looked it up; missfire with aimless!

I managed to get Groundspike in to a passable bow configuration but the shield / bumper mode is it's real focus. It's not a great weaponised minicon and there could be better choices even for a giveaway figure.

It's purely a marriage of convenience – three previously unreleased Mini-cons for the Japanese market, and a new line to promote. No doubt it'd be a Classics line if one were to come along instead.

I'll never understand why the japanese adore these crappy little things. All minicons are made of fail.

Hey – means my classics compulsion doesn't kick in like it did with the United Microns. And if these are anything like those, they'll be on sale in a few months anyways…

I'll give the completists a HUGE head start on these. That worked out quite well for them with PCC toys.

Annoying, I kinda dig the PCC minicons and I'd love them in solid colors (translucent plastic is an enhancement! not something you cast the whole toy in!) but just like the United ones released a while back I'm sure the price makes them an easy pass. Also that Groundspike mold is garbage.

Also it seems Fracas is a common name on Nebulon, no?

Wow. These are underwhelming.

Odd choices for giveaways but not so uncommon here in Japan (the Japanese love free and blind "lucky draw" stuff). XD That said, Groundspike kinda sucks since I have him from PCC Heavytread. His bot mode is OK but his alt modes are horrible. I suppose he could make a half-assed bat'leth or crossbow but that's about it. Peaceman actually looks decent and his orange coloring reminds me of the energon weapons Optimus uses in the movies, so I might go after him. The other minibot I have no idea, him being a purple drill bot. XD Maybe he'd go nicely with DOTM Shockwave?

I would like to buy them very much; although I typically prefer the PCC Minicons to be partially clear colours the eccentricity of the colours is quite fun.

I'm sure I could find a home for them in my collection.

i dont like them! the only one i want is the 3d partylimbs(WWII)!

I wish the PCC Minicons were made of an opaque plastic like these, though not those colors. Throttler in particular would probably look stellar in a silver or gray.

Come to think of it….these three look exactly like the minicons you get with the PCC two pack figures…..except they're a different color.

They look ok but I'm not sure I want to pay exclusive prices.

I wish the PCC Minicons were made of an opaque plastic like these, though not those colors. Throttler in particular would probably look stellar in a silver or gray.

so want these, ever more so because they are exclusives.
god-damn are they going to be a PITA to find.

Hopefully BBTS is able to get some in like the United ones? Otherwise there's always Bodhar.

I've been bitten by the minicon bug, so I'll probably go after these. Peacemaker looks nice. I still need to pick up three of those United redecoes.