Website Newsarama has posted information from IDW Publishing announcing a sequel to Infestation. Last year, the Infestation storyline spread loads of Zombie action throughout IDW’s titles including; Ghostbusters, G.I.Joe, Star Trek and of course, Transformers. The sequel will seemingly fit a similar bill, starting this January. Stretching across IDW’s Dungeons & Dragons, Teenage Mutant Ninja Turtles, 30 Days of Night and Transformers once again. Except this time, the Infestation will take place in the Transformers Hearts Of Steel Universe from writer Chuck Dixon and art by Guido Guidi . Take a look at all of the info by clicking on the title bar.

Hit the discuss button to share your thoughts on the sequel! The Infestation Spreads Again

San Diego, CA (October 12, 2011) – IDW’s ground-breaking, multi-universe event returns in January with INFESTATION 2. As with the blockbuster original, this epic invasion will spread throughout the IDW-verse and into many fan-favorite titles. With INFESTATION 2, tentacled Lovecraftian “Old Ones” reach across time and space and threaten to destroy everyone everywhere and everywhen.

“Last year, we were just figuring out how to do a monstrous event for the first time,” said Chris Ryall, IDW’s Chief Creative Officer/Editor-in-Chief. “This year, we’re going to build on the monstrous part, both in terms of story, titles affected and the threat itself. So people can expect a bigger event here, with lots of legs. Well, tentacles, anyway. We’ve got great creators and a very exciting plan to give people more of what they liked the first time, with some crazy twists and new properties affected, too.”

Coming in January, the kick off issue, INFESTATION 2 #1, will be written by best-selling novelist and comic-book writer Duane Swierczynski and feature art by INFESTATION/INFESTATION: OUTBREAK artist David Messina. This gripping issue sets the stage for Lovecraft’s “Old Ones” to break through time and space and invade many titles, including TRANSFORMERS, DUNGEONS & DRAGONS, and a special fifth-week one-shot, INFESTATION: TEAM-UP, featuring Bat Boy and GROOM LAKE’s grey alien Archibald in February. Then in March, the Infestation spreads even further, infecting TEENAGE MUTANT NINJA TURTLES and G.I. JOE. In April, vampires battle zombies in 30 DAYS OF NIGHT: INFESTATION, followed by the stunning closing issue, INFESTATION 2 #2.

In February, writer Chuck Dixon and artist Guido Guidi will return to the often-requested “Hearts of Steel” timeline for the bi-weekly INFESTATION 2: TRANSFORMERS #1 and #2. Plus, Dungeons & Dragons novelist Paul Krill will introduce a brand-new campaign setting to IDW with INFESTATION 2: DUNGEONS & DRAGONS: EBERRON #1 and #2. INFESTATION 2: TEAM-UP will be written by Chris Ryall and illustrated by his WEEKLY WORLD NEWS partner Alan Robinson, and feature covers by Eric Powell and The Simpsons’s Bill Morrison.

In March, Tristan Jones and Mark Torres pair up for INFESTATION 2: TEENAGE MUTANT NINJA TURTLES #1 and #2, while Mike Raicht and Valentine de Landro present INFESTATION 2: G.I. JOE #1 and #2. INFESTATION 2 architect Duane Swierczynski and artist Stuart Sayger will explore the effect of Lovecraft demons on vampires in the INFESTATION 2: 30 DAYS OF NIGHT one-shot.

As a special bonus for fans, every issue of the INFESTATION 2 event will feature a connected cover by artist Livio Ramondelli, and IDW will be producing special incentive temporary tattoos with each issue, too.

Stay tuned to IDWPublishing.com as more creative teams for this epic crossover event are announced. Plus, readers can get a sneak peek at INFESTATION 2 by asking their local retailer about the INFESTATION 2 ashcan, coming in late November and featuring interviews, artwork and information about this momentous event. 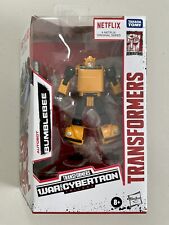 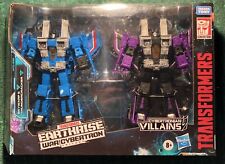 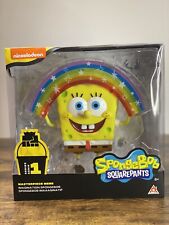 To me the only crossover I am even remotely willing to accept is GI Joe/Transformers.

I'll probably be avoiding this one.

wow…..they are reallllllyyy stretching for comic ideas for massive verse spannign crossovers huh? Long gone are the days of books NOT intertwining with one another every month…Man i miss the 80's.

Unless you read Marvel and wanted to read all the Secret Wars 1 and 2 crossovers, or DC and wanted everythiing related to Crisis on Infinate Earths.

Not terribly interested in this Infestation 2 crossover. However, if they're going back to the Hearts of Steel universe, maybe they'll take the opportunity to reprint the HoS TPB and I can finally get that.

Anyone got any info on this?

Check the news archives. It was said a while back that the current TF ongoing was coming to a close, with two new TF ongoings launching afterwards (one done by the LSOTW team, the other by a well-received team that I forget the names of…)

But will it include My Little Pony?

Sadly im not sure that would make this storyline crossover any worse.

One of the first things we did when we got the Transformers license in 2006, I wanted to do these series of miniseries called "Evolutions," which were basically like Transformers Elseworlds.

When I first heard of Evolutions I was way excited.
I thought it was a great way to do G2, RID and even crazier stories.
It never happened.

The first one we did was with Chuck Dixon, set back in the 1800s, and was sort of a steampunk take on Transformers. Then that turned out to be the only one of those series that we ever did, for various reasons.

That's not exactly true. All Hail Megatron was obviously an 'Elseworlds' story. They just forced it into the main continuity and pretended that was the plan all along.

We're relaunching "Transformers" in their own series in January…

Anyone got any info on this?

But will it include My Little Pony?

More Hearts of Steel? Fantastic news, I cannot wait for this!

I actually enjoyed the Infestation series when it rolled around the first time. Will have to see what it offers this time round!

I'm sorry this is off topic, but I've just checked out your Go! Giant Robot! blog, and the top video of a Decepticon cooking class just had me rolling, especially Soundwave. The voices in it were great, and it looked polished as well. Great job! Thanks.

Is it bad that I'm more excited for the TMNT part of the crossover than the TF part?

And here I thought Soundwave filled our Tentacle quota

And here I thought Soundwave filled our Tentacle quota

wow…..they are reallllllyyy stretching for comic ideas for massive verse spannign crossovers huh? Long gone are the days of books NOT intertwining with one another every month…Man i miss the 80's.

Interview with Chris Ryall up at CBR

I don't think you'll like it no matter how good it could be.

Which is exactly why I said even if the writing's better, I still probably won't like it.

The concept of "Infestation" I thought was a really good idea, but I agree that the execution in the Transformer and G.I. Joe issues seemed a bit stilted and awkward. IDW had a chance to really go big, but they an underwhelming job. The Transformers arc seemed too camp and the G.I. Joe story was so small scale. However, just like the first Infestation I'm curious to see what this one will be like, especially now that they've replaced the zombie menace with that of H.P. Lovecraft's 'Old Ones'.

Setting the Transformers arc of the new crossover in the "Hearts of Steel" timeline actually make sense as Lovecraft's works are based in the late 19th and early 20th centuries, so on IDW's part it's a very shrewd move. Personally I think IDW should stop using their other properties, focus on just Transformers and G.I. Joe crossing over using the Infestation idea exclusively.