Do you like snack cakes? Do you cruise the snack cake message boards to find out when all the hottest and newest snack cakes are coming out? Well, you’re in luck. 2005 Board member Protoman has discovered some interesting flavored snack cakes at his local Maxi & Cie in Montreal, CA. “Chocwave” and “Snowballimus Prime” snack cakes. Which are Shockwave and Optimus inspired Hostess Chocodiles and Snowballs respectively.

Check out the tasty images and join the discussion after the break.

We have also received a press release from Hostess. Read on to view the full text. For Immediate Release

TRANSFORM YOUR TREAT WITH HOSTESS®

This Halloween Hostess joins with “Transformers: Dark of the Moon” to offer an online sweepstakes with exciting prizes

Irving, TX, September 14, 2011 – Hostess®, maker of America’s most iconic snack cakes, is partnering with Paramount Home Entertainment this Halloween to offer consumers a chance to win a grand prize of $25,000 and a host of other “Transformers: Dark of the Moon” prizes with the “Transform Your Treat” instant win game. As part of the alliance, Hostess is also introducing limited-edition TRANSFORMERS-themed snack cakes featuring OPTIMUS PRIME®, SHOCKWAVE™, BUMBLEBEE™, and SENTINEL PRIME™ from the box-office blockbuster movie, based on the iconic Hasbro TRANSFORMERS brand, in grocery stores across the country.

From September 12, 2011 to October 16, 2011, Hostess is inviting consumers to visit Hostess Snack Cakes daily to play the “Transform Your Treat” instant win game online. By entering the online sweepstakes, consumers can watch their snack cake convert like a TRANSFORMERS robot for a chance to instantly win $25,000 or other prizes including Xbox 360® consoles, Transformers: Dark of the Moon videogames for Xbox 360®, Transformers: Dark of the Moon DVDs and one year supplies of Hostess snacks.

“We’re excited to bring together the sweet taste of Hostess snack cakes and the out-of-this-world excitement of Transformers: Dark of the Moon in our most action-packed Halloween celebration to date,” said Amy Clark, Director of Snack Marketing for Hostess.

Hostess has also introduced these limited edition TRANSFORMERS-themed snack cakes which are available in grocery stores across the country:

Plus, from October 17, 2011 to November 19, 2011, Hostess is offering consumers a $4 rebate with the purchase of two specially marked Hostess products and a Transformers: Dark of the Moon Blu-ray or DVD. Transformers: Dark of the Moon Blu-ray and DVD is available Friday, September 30. For official rules and additional information about these promotions visit Hostess Snack Cakes.

While playing the “Transform Your Treat” online game, consumers can get in the Halloween spirit by printing out official masks of the TRANSFORMERS characters BUMBLEBEE and OPTIMUS PRIME. They can also find out what their TRANSFORMERS name is and share their new AUTOBOT or DECEPTICON name with friends on Facebook and Twitter.

Hostess Brands, Inc. is one of the nation’s largest providers of fresh-baked bread and sweet goods, sold under various brand names including Wonder®, Merita®, Home Pride®, Nature’s Pride®, Hostess®, Drake’s®, and Dolly Madison. The Company is headquartered in Irving, Texas.

ABOUT “TRANSFORMERS: Dark of the Moon”

A mysterious event from Earth’s past threatens to ignite a war so big that the TRANSFORMERS alone will not be able to save the planet. Sam Witwicky (Shia LaBeouf) and the AUTOBOTS must fight against the darkness to defend our world from the DECEPTICONS’ all-consuming evil in the smash hit from director Michael Bay and executive producer Steven Spielberg. From Paramount Pictures in association with Hasbro and distributed by Paramount Home Entertainment, the film will debut in a Blu-ray/DVD Combo with a digital copy and on standard DVD on Friday, September 30, 2011. 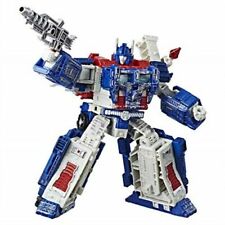 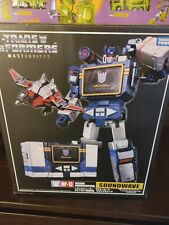 Happened to see them on my last shopping trip. You know who they reminded me of?

I recently got a box of each. The Chockwave one's are definitely good, but the Snowballimus one's definitely aren't something I'll buy a second box of (sort of wish I would have grabbed a second box of Chockwave instead). Also wish I had found these earlier into the promotion. Doubt I'll get any more before the contest is over.

Heh, kotaku even reviewed these things.

Has anybody tried these yet?

I'm eating a Chocwave right now. Pretty awesome. Snowballimus is okay, but I'm a big chocolate fan so I don't like it quite as much. There's not as much cream filling in Snowballimus and I like the frosting on the Chocwave.

Has anybody tried these yet?

I wanted some funny names.

Maybe for Bumblebee they could have made it bumbleberry

They didn't have funny names; just the standard Cupcake and Twinkie names. No special frosting or anything either, they just had the characters on the box with the "Transform Your Treat" promo on there too.

I wanted some funny names.

What were the names?

They didn't have funny names; just the standard Cupcake and Twinkie names. No special frosting or anything either, they just had the characters on the box with the "Transform Your Treat" promo on there too.

I saw both of those along with Chocwave and Snowballimus at Harris Teeter today; got the latter two.

Found them at the local Weis. Wal Mart and Target don't carry them for some reason.
Picked up a pack of the Chockwaves and tried one. Not a pleasant experience. The sprinkles are too damn rock-solid.

I was going to get the Snowballimus ones, but the constant reference to Clerks that runs through my head when I hear the word 'snowball' refuses to let me buy them.
Ew.

I can't decide if this is awesome awesome, or just awesome.

Fixed….'cause they are Awesome awesome.

I have yet to see Chocwave or Snowballimus Prime, but I did see Cupcakes with Sentinel Prime on the box and Twinkies with Bumblebee on the box at Target today.

What were the names?

I have yet to see Chocwave or Snowballimus Prime, but I did see Cupcakes with Sentinel Prime on the box and Twinkies with Bumblebee on the box at Target today.

I found them at a Market Basket ( for those New Englanders ) . I know you wouldn't believe me if you ever met my fat ass, but this was the first time I've tried Snowballs.

Found them and I haven't built up the courage to try one yet! Optimus was pretty deadly in his movie run.

Of all the kids at the party only my son knew that was an Optimus Prime cake.

He knows all the old cartoons I grew up with and he knows the new stuff also but the other kids have no idea what hes talking about 1/2 the time. He got Hasbro MP Roddy also, can't have a Unicron without Roddy to fight against.

My son just had his 8th birthday party. Daddy had some goodies for him saved up.