A while back, we brought up news regarding a future PerfectEffect Product that was known only as PE-12. There was quite a bit of speculation on the boards regarding the identity of the mystery toy, but now we can put speculation to rest thanks to the blog of PerfectEffect.

We now know that PE-12 is a toy that is a Deluxe-Sized toy modeled after Generation One Arcee and will be shown off at the Super Festival in Japan later this month. The toy comes with a sniper rifle and a display stand. We will have a clearer look when the event comes, but until now you can enjoy some teaser pictures. 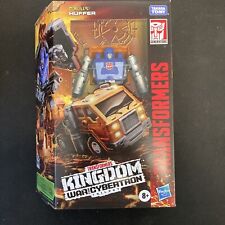 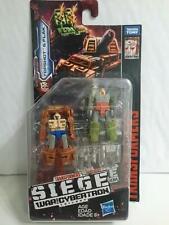 With all the other bullsh*t other people post, a simple question is what you get riled up about? I'm sorry if my question caused you any butthurt.

When you come into a thread and see no news and the last post is days old….assume there is no news.

Or you can ask if there is news, bump the thread and sit back and enjoy a bunch of well deserved jackassed answers.

If there were any news worth reporting, this thread would've been bumped on its own accord, with a posting of said news. Rather than by you.

What you see is what we've got.

This PE Arcee is awesome

Going by the length it seems to take going from proto to final. Maybe 1st or 2nd Q next year.

When do you think her release date is gonna be anyone know if its this year? or how early next year?

This! I'm sold. All the accessories finally did it for me. It's going to look great next to Warbot.

agreed. this is totally badass. I love all the extra weaponry that she can wield at any time, makes for some interesting combinations. this may very well be my first thirdparty toy. unless i get Kickback before then.

I was gonna go with the Igear figure, but this looks very promising.

Has anyone heard the release date for this yet?

I take back what I said, this is awesooooooooomme!!

I have to admit, as a G1 purist, I wasn't all that taken by this initially. But the more pics I see, the more impressed I am. It's not what I think of when I imagine a typical Transformer, but as a badass transforming mecha, it's pretty nifty. I'll buy the inevitable recolors, but not the pink one. For now, my iGear Arcee is the definitive version of that character.

The perfect acessory for my Rosanna.

This looks really, really awesome. But I want a Junkion or Paradron Medic repaint.

I bought the valkyrie and this looks ways better.

And to all who say we won't get a classics arcee since primes coming out, classics and animated ratchet were released around same time.

Really digging this especially after seeing the renders. I want this more and more!

Even though there is way too much pink, the accessories and poses make this and other PE figures distinctive and very well engineered for their size. I will buy this RC, but wish she was painted differently.

perfect effect mini figure army must continue to grow, put me down for 2 plus 2 of each repaint