Official Transformers Movie Website has been updated with the Transformers: Dark of the Moon Home Release Info.

At the moment you can only see the update on a mobile device (see image).

The release is happening on September 30th, 2011 (as previously rumored to happen) which is only 29 days away.

The third movie is available on Blu-ray, DVD and Digital Download.

Update: Our good friend Liselotte found out that, at the blu-ray.com forums, a member claiming to be working on the Home Release mentions that a 3D Edition will be available this December. But of course, do take it with a grain of salt.

Update 2: Nelson; the admin of Official Michael Bay website mentions that the 2-Disc Special Edition won’t be out till December. He also confirms the 6-Disc Trilogy Edition arriving in a metal Autobot logo casing. 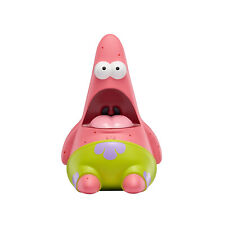 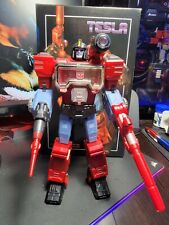 Not happy about the 3D version being held back, every other recent movie that has been in 3D has had simultaneous release alongside the 2D version from what I've seen.

To double dip or not to double dip? ARGH! I want the special edition with the plethora of bonus features, but I also want the movie ASAP.

But thanks for the confirmation of the dates, all!

Good news! But it is true that in Russia DVD wouldn't release until November

I wonder, whether the released an ordinary DVD special edition, I want to see clip Iridescent in good quality!

I think I'll buy the 1-disc this month, then give it to my sister or friend for Christmas when the 2-disc comes out.

I had been looking for info on this and I just seen this thread and though WOW thats great its coming out so soon cause I HAVE NOT seen this film yet. So when I buy the dvd it will be the FIRST time I will have seen it. I really can't wait cause I wanna see this movie soooooooooooo bad. Going to the theater just didn't have this year for me cause of some other problems.

Ah, yeah, okay, I THOUGHT this seemed like a suspiciously fast release. The "proper" version won't be out for a few more months, that makes more sense to me.

I hope the score gets that physical CD release with the special edition.

I very well may end up getting the initial release and the special one later on, depending on what's included.

Ugh, no special edition until December?! Just another double dip as par usual.

I don't buy bare bones releases. Screw that, I can wait for a real release.

If there's one thing I like about the movie franchise, it's that the DVDs come out pretty damn fast. And I hope there's commentary other than Michael Bay talking to himself.

Apparently this will all be officially announced on Tuesday, so we'll get our info soon enough.

I am happy, but also pissed.
Hell yes, I get to see Dark of the Moon again.
But I dont get to see special features.
Ill get both but I really am pissed I have to.
Basically just like AVATAR.

I hate Nelson he always destroys our expectations

…. hahahaha men when we are expecting something cool about the movie or anything he just comes and spoiles everything

I don't double-dip on these when studios decide to release an inferior version first but save the good version for months later, so I'll definitely be waiting for the 2-disc version AND a complete trilogy boxset – especially if any of them come in metal packaging again as is being rumored. Guess the digital version coming this month will have to do the trick until December.

I agree. I did the same thing with Avatar's 3 disc edition.

I don't double-dip on these when studios decide to release an inferior version first but save the good version for months later, so I'll definitely be waiting for the 2-disc version AND a complete trilogy boxset – especially if any of them come in metal packaging again as is being rumored. Guess the digital version coming this month will have to do the trick until December.

I'm not sure about ROTF, but TF07 regular release had no audio commentary. It was on only the special edition.

That said, I'll be redboxing it on the 30th.

They`ll probably have;
Audio commentary of the film
Concept art (If we`re lucky – most of it is already on TFW2005)
Deleted scenes (probably just involving Humans &/Or a storyboard of the twins scenes)
Making of the Skyscrapper collapse (Pretty much what we`ve all seen on TFW2005)
Transformers Lore (Explaining the background of Sentinel Prime and the ark)

Oh and for all those trying to decide whether to buy it just to watch it. I`m 100% certain you can watch it online, as i am watching it again online now

I love the movie but I am for sure not falling for this crap. I am not paying $20 for the movie, and then $29 or so for the 3d version. Has anyone seen anything officially about the 3d version? I would laugh if they bundle it with a tv and we have to go on EBAY and pay $100 for the movie. I would not be surprised though, this is the studio that put Transformers 1 on HD-DVD exclusively for a whole year. Their biggest movie ever so I bet they are betting on lots of double dipping.

I'm getting it on the 30th. Never got to see it in theaters (work always got in the way), so I have to see this thing.