In a press release on Business Wire earlier today it was announced that Oakley, INC – who make high-end 3D glasses, intended to give you the best 3D performance possible – will be making special edition Transformers Dark of the Moon 3D glasses. These glasses will feature the Autobot and Decepticon shields on either side, and they also come with a Microclear bag adorned with movie-inspired artwork.

Oakley is no stranger to making special-edition 3D glasses to celebrate films – they also made similar glasses for Tron Legacy. Read on for the full press release.

UPDATE with an image of the glasses and a link to the order page. Be warned, the price is rather steep – $150!

“We are honored to team up with Paramount Pictures and Hasbro to offer this unique limited edition 3D eyewear,” said Oakley CEO Colin Baden. “This film will push the envelope of 3D entertainment. With all the technology and talent that went into its creation, it deserves nothing less than the world’s best 3D glasses, and the innovations of Oakley 3D Gascan represent the state of the art. Our goal was to set the standard for optical performance in 3D, and we achieved it. Customers lucky enough to get their hands on this limited edition will have a rare collectible to commemorate a mind-blowing cinematic experience,” Baden concluded.

“We are thrilled to have Oakley develop this product collaboration with Hasbro to bring even more excitement to audiences anticipating seeing this incredible first-ever Transformers film in 3D. The glasses are amazing!” said LeeAnne Stables, Paramount Pictures’ EVP, Worldwide Marketing Partnerships.

This special edition of Oakley 3D glasses carries graphics inspired by the movie, which will debut in the U.S. on June 29th. One side of the frame is highlighted by the AUTOBOT SHIELD icon while the other carries the emblem of the DECEPTICON shield icon. Enriched with more film-inspired art, a custom Microclear™ bag is included for lens cleaning and frame storage.

Oakley 3D Gascan is the world’s first 3D eyewear that is “optically correct,” a term that does not refer to prescription correction. Conventional non-prescription lenses can distort vision but Oakley HDO™ 3D technology takes advantage of the company’s decades of optical innovation to maximize vision with clarity and fidelity while providing truer alignment of 3D images. The lens curvature gives the wearer a wide field of view while virtually eliminating glare and reflections. Oakley 3D lenses offer an uncompromising degree of color fidelity, allowing the wearer to see what the director had in mind for every shot. Made of comfortably lightweight O Matter®, the frame optimizes comfort with a precise Three-Point Fit.

Oakley 3D glasses have earned official certification by RealD®, the world’s most widely used 3D movie technology. In addition to maximizing the 3D cinema experience, Oakley is pursuing partnerships with manufacturers of home 3D systems that utilize passive polarization technology. This will allow consumers to use the same glasses for 3D entertainment in the home and the cinema.

To showcase the special edition release, select Oakley Stores will feature a 3D interactive experience with displays showing trailers from the new film. These retail locations include Oakley Stores in New York’s Times Square and SoHo, the Hollywood store, and the Market Street store in San Francisco. The product will also be available at other Oakley Stores as well as Oakley.com, Amazon.com, Sunglasshut.com and Zappos.com websites.

Visit Oakley.com to learn more about the company’s optical innovations.

Established in 1975 and headquartered in Southern California, Oakley is one of the leading sports brands in the world. The holder of more than 600 patents, Oakley is continually seeking problems, solving them with inventions and wrapping those inventions in art. This philosophy has made Oakley one of the most iconic and inimitable brands on the market, with innovations that world-class athletes around the globe depend on to compete at the highest level possible. Oakley is famed for its insuperable lens technologies such as High Definition Optics® (HDO®) which is incorporated into all Oakley sun and prescription eyewear, and goggles. Oakley has extended its leadership position as the world’s leading sports eyewear brand into apparel, footwear and accessories collections. Laser focused on the consumer, Oakley has both men’s and women’s product lines that target Sports Performance, Active and Lifestyle consumers. Oakley is a subsidiary of Luxottica Group. Additional information is available at www.oakley.com.

About “Transformers: Dark of the Moon”

When a mysterious event from Earth’s past erupts into the present day it threatens to bring a war to Earth so big that the Transformers alone will not be able to save us. The movie stars Shia LaBeouf, Josh Duhamel, John Turturro, Tyrese Gibson, Rosie Huntington-Whiteley, Patrick Dempsey, Kevin Dunn, Julie White with John Malkovich and Frances McDormand. “Transformers: Dark of the Moon” is directed by Michael Bay, written by Ehren Kruger and produced by Don Murphy & Tom DeSanto, Lorenzo di Bonaventura and Ian Bryce. The executive producers are Steven Spielberg, Michael Bay, Brian Goldner and Mark Vahradian. It opens worldwide beginning June 29th.

HASBRO, TRANSFORMERS and all related characters are trademarks of Hasbro.

Hasbro, Inc. (NASDAQ: HAS) is a branded play company providing children and families around the world with a wide-range of immersive entertainment offerings based on the Company’s world class brand portfolio. From toys and games, to television programming, motion pictures, video games and a comprehensive licensing program, Hasbro strives to delight its customers through the strategic leveraging of well-known and beloved brands such as TRANSFORMERS, LITTLEST PET SHOP, NERF, PLAYSKOOL, MY LITTLE PONY, G.I. JOE, MAGIC: THE GATHERING and MONOPOLY. The HUB, Hasbro’s multi-platform joint venture with Discovery Communications (NASDAQ: DISCA, DISCB, DISCK) launched on October 10, 2010. The online home of The HUB is www.hubworld.com. The HUB logo and name are trademarks of Hub Television Networks, LLC. © 2011 Hasbro, Inc. All Rights Reserved. 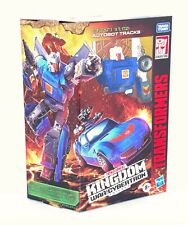 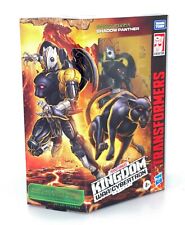 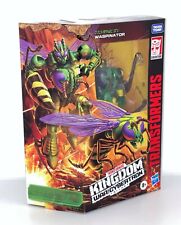 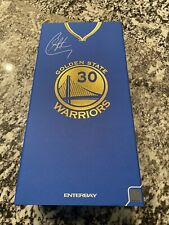 Yup. Imagine if you only had that as an option AND you wanted replacement lenses. You're looking at a $280 + shipping instead of $205 and change out the door after all is said and done.

Or Zappos. Or many other outlets.

Well, yeah, but I figure if they're going to sell out anywhere first it'll be the actual Oakley site. Resellers may have a few after that for a bit. Either way, glad I got my pair.

Yeah, I saw that. I could understand it if they weren't still available on Oakley's own site.

Or Zappos. Or many other outlets.

Yeah, I saw that. I could understand it if they weren't still available on Oakley's own site.

Well then why aren't you in our Eyewear Afficionados thread?

They are available on the Oakley.ca site now, so I finally got to order a pair!

Throw some Iridium lenses on them!

They are available on the Oakley.ca site now, so I finally got to order a pair!

You mosey over to the Eyewear Afficionados thread yet? We got quite the Oakley following there.

You mosey over to the Eyewear Afficionados thread yet? We got quite the Oakley following there.

And I fell in love with the newer Bat Wolf design…actually bought them a week before the Transformers ones came out and decided to take them back to trade in.

I had also bought my boyfriend a pair of clear Dispatch lenses, since he likes the Aviator-esque styling:

No kidding. I almost snagged a set of those Tron Pit Bosses…

If they release a TF version of the Pit Boss, I'm going to cry.

Between more lenses for the Gascan and two other Oakley sunglasses I want, Oakley has been getting a LOT of my money lately.

No kidding. I almost snagged a set of those Tron Pit Bosses…