Here’s another new Transformers sighting for you. Fresh out of Fred Meyers in Portland, OR, we have a sighting of Dark of the Moon Cyberverse Wave 3. Wave 3 of the Cyberverse includes Stealth Bumblebee, plus Starscream sans tattoos, Roadbuster and Flak. The sighting was made by 2005 Boards member PlanckEpoch.

Keep up to date with the latest sightings in your area in our Transformers Sightings board. 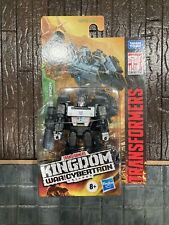 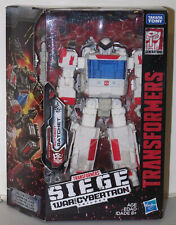 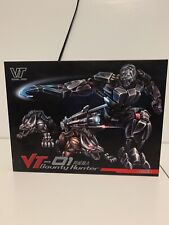 Just about all of the Cyberverse toys I've picked up thus far have really surprised me! Got Crowbar and Leadfoot today and both are must buys.

I might pick up that screamer, just so I have a non-tatooed version of him.

it's been out in our side of the globe for about a couple of weeks already. i also posted my feedback of flak in the feedback section.

I'm looking to get Roadbuster

Freddies is the best place to get them right now, until that 20% off sale ends. That's why the price reads 3.99.

I think you're in the wrong thread, RAR.

Perhaps they might make a Legends/EZ movie Skywarp too using the ROTF legends Mould and I'm sure they could do something with Flak – maybe sell him as Onslaught or Hardhead.

I noticed when I got Prowl that the light bar was a separate piece so I guess a remould is possible to make Silverstreak & Smokescreen. They could also use things like Cybertron Evac's Legend toy too in someway.

They could also release a redux EHobby set too a bit like the Minibot set but using EZ series toys.

I'd love to see a Trailcutter and outback remould and new legends for Windcharger, Seaspray, Wheeljack, & Powerglide, & Tracks. and I'd not be averse to throwing in a few other characters from later on like The Throttlebots or including the Constructicons. (But I guess the Faux ones fill that gap just fine). Sideswipe & Sunstreaker would be nice too – especially if they can get the reverse Transformation of the Deluxe into the design somehow.

Nice! I'll be on the look out for this. I have yet to see Wave 2, but then again I haven't been to town in a while.
I already have Topspin, but I mostly got him because TRU had a deal that if you bought a TF you got a Shockwave poster. XD

Man, the only thing I've found from wave 2 is the Bumblebee repaint and we're on wave 3 now? Man, they need to slow down!

Can't wait to get these in my hands. Seriously the these new legends (legions…whatever) are the best that hasbro has produced with the exeception bieng the hard to find HFTD legends.

Get the flak out of here no way! Ha ha, saw these were in stock on BBTS so I figured it would only be a matter of time before they show up in stores. Besides I just want Roadbuster which BBTS is out of so I'll just wait until I find him in the stores.

I got most of the ROTF legends for my boy, and cyberverse commanders for him too. Skipped on all legions so far.. Flak and roadbuster for me and my boy

Nice! Roadbuster and Flak are definitely must haves.

Hopefully, this also means that Hatchet is coming soon.

What about Hatchet? Has he been released yet or what?

Hatchet's a Cyberverse Commander, not Legion.

And no, not yet, as far as I've seen. But I'm eagerly awaiting him and — more importantly — GUZZLE.

Roadbuster and Flak are definite winners. I got BB and SS because I didn't want to get their related Cyberverse Action Sets. BB has a superior paint job…while Starscream is lacking. He has practically zero paint on his head, which really kills it.

Roadbuster actually looks like a rockin' figure for that class size!

I want all those except Bumblebee. Flak looks great!

theres always a wrecker that isn't meched up

Man, how long has it been since we had a figure remain unseen all the way until it was found in stores? (At least I dont recall images of Flak surfacing before now)

I reported it a while ago . Never got front paged or news credited though
http://www.tfw2005.com/boards/transformers-news-rumors/413438-first-pictures-flak.html