Some are speculating this might have been a “surprise guest” at this year’s BotCon convention, happening next weekend in Pasadena, California. If that was the case, the surprise guest has spoiled the surprise!

Steve Blum, known most recently to Transformers fans as the voice of Starscream in the Emmy-nominated Transformers Prime series, announced in an interview with AFTimes that he will be attending the annual Transformers convention next weekend.

How big is Steve Blum in the voice-acting world of Transformers? Well, for ROBOTS IN DISGUISE fans, he voiced Dark Scream and W.A.R.S.. For those of you in to video games, Barricade and Shockwave were his from Transformers: War for Cybertron. He may have also played characters like Wolverine in Wolverline and the X-Men and Marvel vs. Capcom 3, and, well, pretty much any video game produced in the last 10 years.

He also revealed that he, and the other voice actors, will be reading an episode script from Transformers: Prime.

This brings the total number of BotCon guests to 1,504,642. Join in the discussion! 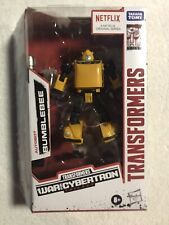 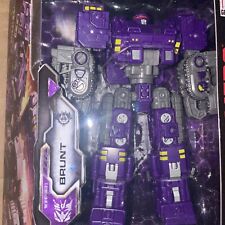 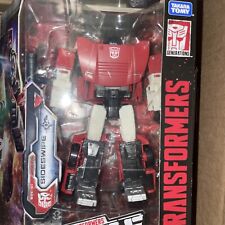 I've been hoping for Mr. Blum to attend Botcon for a long time! He's played so many of my favorite characters: Roger Smith, Vincent Valentine, W.A.R.S, and most recently, Starscream too!

I'm truly thrilled by this news, and I can not wait to see him in person!

Now I wish I went just to see one of my favorite voice actors and new TF: Prime stuff as well.

I still see him as Spike from Cowboy Bebop.

I still see him as Jamie from Megas XLR. And Tom from Toonami. Although we could probably go on all day about all the voices he's done, and how well he's done every one of them.

This makes me pretty blummed that I can't go.

I see what you did there.

Steven Blum is seriously the coolest voice actors ever, he's in almost everything. All of his charecters are awesome, or hilarious as hell like Leeron from Gurren Lagann.

he makes a creepy guy hilarious.

I still see him as Spike from Cowboy Bebop.

I'm not surprised he's gonna be there. If anyone else watches a lot of anime, you know that Steve is just about everywhere anyway! lol.

This makes me pretty blummed that I can't go.

This is some great news. Any RiD lovin' = GREATNESS

I'm a guy, but I might just tackle hug Blum if I ever got to BotCon this year.

This is truly shaping up to be the best BotCon in memory.

I cant wait to meet Steven in person though. woo!

Trying to get the info out and your interview too. Sharing is caring

Steve Blum and other members of the Prime cast? I'm

that I won't be able to see them perform! Wonder who else will be joining Mr. Blum?

I hope at the very least we get Josh Keaton, Kevin Michael Richardson, and Daran Norris, so I can have them all sign my Spectacular Spider-Man DVDs!!

I cant wait to meet Steven in person though. woo!

Steve Blum and other members of the Prime cast? I'm

that I won't be able to see them perform! Wonder who else will be joining Mr. Blum?

I hope they let the script reading be put on YouTube though.

Please this! I so desperately want to see it!

I hope they let the script reading be put on YouTube though.

Well that's a nice choice, shame there isn't any TF Prime merch out for him to sign, though I suppose a lot of people will bring animes he's worked on in lieu of that.