MTV Geek has got an exclusive first look at some new Transformers Kre-O sets. Their update reveals there will be a cheaper price point for the new series, with smaller less complex versions of the characters. Optimus Prime and Bumblebee lead off this assortment. MTV Geek also has official photos showing off the larger Ratchet set, who will join the previously revealed deluxe class Optimus Prime, Bumblebee and Starscream. There’s also a look at a Bumblebee Kreon. Click on the link above to check it all out. 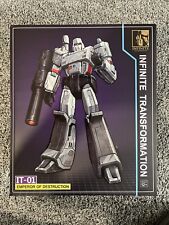 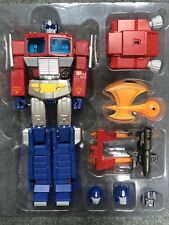 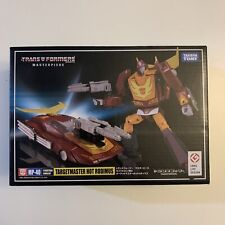 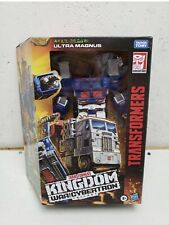 I really only want the heads for customizing.

That was my first thought about these figures… then I realized that the heads are mostly classics-style retools, and it probably wouldn't cost any more to just buy actual transformers and use ALL of them for kitbashing, rather than the heads.

I really only want the heads for customizing.

To be fair, looking at the CGI models, by the time everything has deattached, moved, reattached, deattached again, moved and reattached somewhere else, this is pretty much how all the movie-verse characters transform. Why they didn't make all the movie characters into parts-formers in the first place and give us screen-accurate alt and bot modes is beyond me. It would've caused a bit of whinging but it would've solved a lot of problems engineering-wise!

I really dig the minifigures.

Those model kits are for collectors, and besides, models kits aren't really that popular in the west anymore. These building brick sets are intended for kids.

This is so true. You used to go to any dept stores toy section and find model kits. Now they have disappeared. Along with the glue and paint.

Hasbro is stupid we get this crap, but not model kits like japan. F u hasbro.

Those model kits are for collectors, and besides, models kits aren't really that popular in the west anymore. These building brick sets are intended for kids.

The plastic looks cheap, like Mega Blocks and Best-Lock. I will stick to Lego for my toy brick needs.

I love it how people jump the gun and assume that this will be like BTR when no one actually got a hold of one yet. I for one will give Hasbro the benefit of the doubt till I see a review or when I get a hold of one.

^ mainly because this time around, you can actually ARRANGE the parts until it works!

Oh God. It's BTR all over again.

Only it wont suck as much.

Ratchet looks way better than optimus,
and i like how it looks like they just stuck classic primes head to legos.

I'll pick them up if i see them

Oh God. It's BTR all over again.

Well now, these don't look so shabby. Depending on price (never really payed attention to news on these guys) I might be willing to pick up a few.

I also like the use of balljoint parts on both the large sets and mini figures. That really adds something to them.

I might check out a set or two for curiosity's sake.

I do kinda like that movie/classic hybrid head design on the larger Bumblebee set.

I want to buy these just for the Kreons.

Oh the customs radicons will create from those heads.

It was Marcelo Matere, the designer for the heads himself, that said they could transform.

Designer for the heads?? I mean, aren't most of these just retooled from the Classics/Universe heads? Prime, Basic BB and Ratchet all certainly look like it. I suppose it's possible those are early production mock-up heads… ?

The basic look good. The vehicle modes actually look quite nice. Ratchet is okay, though it's obvious you have to rebuild him completely between modes.

Maybe they're just mistransformed in these pictures.

I'll most likely buy every set that includes a Kre-on mini fig.

Those are surprisingly decent, I could see getting them for my kid, he's just getting into "big boy" legos…