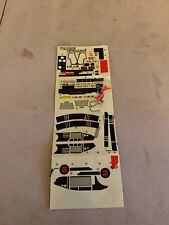 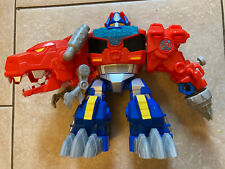 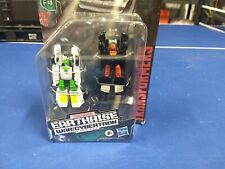 Yeah, he looks nothing like what we saw for 13 seconds in the TV spot…except we didn't see what Optimus' armor really looks like.

^ Depends on the store, and on demand. In this case I'm guessing "no."

i'd buy the gobot sideswipe if i saw him. store exclusive movie stuff usually isnt too hard to come by is it?

Wow im really suprised how good these figures are and how they managed to bring back movie 1 deluxe bumblebee!,This oughta be good

the thing with Mirage is, hasbro is doing the thing they did with sideswipe's car mode thing, using a car different then the one used on screen, so, the ferrari is mirage, just that toy looks different

"The Scan" stuff doesn't look all that neat to me. Ironhide is a pass, Sideswipe is a maybe since the robot mode looks alot better (but WHY the Allspark Blue on the crotch joints? WHY?!).

But the Walmart exclusives…oh, yes, they are TASTY. Bumblebee is just FULL of fanwank:
– 84 = 1984, first year of Transformers
– "Fly *symbol* Supreme = Omega Supreme
– the ARMADA MINI-CON symbol under the Supreme reference
– The Sumdac Symbol from Animated
– The Ancient Autobot symbol from "Five Faces of Doom" []Insignia – Transformers Wiki
– The G1 "STARS" promotion
– The Playskool Gobot "G" symbol
– and Blackrock
I may have to get that figure, outdated as it is, simply because it is so fanwanky.

And "G2 Gobot" Sideswipe is just as delicious. Transtech Autobot symbol, the neon colors, and I'm certain those three small sponsor logos also are homages as well, but I either can't figure them out "Sun bro" or can't make them out (the two behind the front wheel). The robot mode needs detail work, but I'd be willing to do it. The Alt. mode is just so much win. It also looks like he'd fit right in with the movie Wreckers, which is also a plus.

I'm glad they are sprinkling some 2007/2009 stuff int too – but I wish they'd give us some leftovers from 2009 like Scrapper or a Voyager Brawl or Bonecrusher rather than some random Helicopter with a heavy nose on it.

I feel it's silly to not make things that are actually in the movies.

People are still asking for Voyager Bonecrusher and Scrapper? If they didn't get figures by THIS point, they're not happening at all.

I'm still waiting for some sort of Alice toy though and a Mobile Phone Frenzy.

Seriously, ALICE?! That figure would NEVER get past the censors. And Frenzy has also been dead too long to get the mobile phone form anyway, since Real Gear tanked.

And I really want a translucent Deluxe Mirage – and perhaps a regular HA one.

I have to admit I kind of like the scanning Ironhide. And I really want a translucent Deluxe Mirage – and perhaps a regular HA one.

Great idea they should definently do this.

I have to admit I kind of like the scanning Ironhide. And I really want a translucent Deluxe Mirage – and perhaps a regular HA one.

They aren't anything special.

Hope ASDA will get the repainted Sideswipe, would rather not import if I don't have to

That clear sideswipe sure does look cool too bad I already have the mold. I am also happy we finally get too know who the ferrari is, now bring on the deluxe mold.

Nice of Hasbro to user the same old mold for BB when the first Transformer movie came out.

The Nascar paint SS is the best looking one so far, the rest all junk!!!