Hasbro keeps on sending us new high resolution images of it’s products shown at Toy Fair. We now get a great look at the Cyberverse line including Legion, Commander, Action Sets, and the Ark Playset. 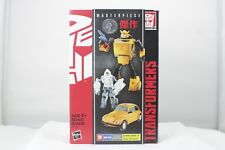 i was looking @ pictures of the Ark toy & it got me thinkin! maybe The Ark will feature in the movie! coz i noticed the front of it & it does have that look like it's broken off or detached from something bigger! maybe from the crashed ship in the first DOTM teaser trailer! if so! it MIGHT appear near the end of the movie! with Roller @ the controls(hey! someone has to help Flight Mode Optimus fight off those Decepticon ships we saw in Superbowl trailer…RIGHT!) + if it IS Bay's final TF Movie! then it's only fitting that the Autobots have a way to get back home to Cybertron(by way of the Ark) + it would also explain those pictures a while back of large oversized guns & rockets that we thought would be bolted to the Drones! but it may instead be a practical effect for the actors who play the NEST team to stand next to as part of the Ark(while the rest of it'll be full CG(obviously) which has landed on earth @ or near the end of the film. & YES! i know that they're WERE some toys that were released that NEVER appeared in the previous movies & maybe the Ark toy could be one of those! but! still! it would be nice to see it in DOTM film & maybe even pilot it in the up n coming movie related game.

I haven't bought any TF's recently, but it looks like that may be changing very soon. That Ark playset looks awesome. Hopefully it'll be somewhat affordable.

I can't wait to get the Ark playset.

Looks like I can save some money in the coming months – as I won't be purchasing any of these!!

Huzzah, we get at least 1 space-related alt mode!

Really should've done something about those glares…

Kinda makes me wonder if we'll see any other old Micromasters in this line.

Oh oh oh…. "HOTHOUSE" they should do Repaint of Powerglide with a playset accessory which only goes to further justify thinking of the White Powerglide Ultra toy as Hothouse which I do anyway already.

Oh and is it evil to ponder that it might have been nice if they'd made Powerglide as a Powercore Combiner Commander ?

The use of a double scale with Legion and the other size is like they did before with two sizes of Spychangers only this time the 2nd size is a bit bigger.

It seems like the Cyberverse Plus stuff is small scouts Powercore Combiners are also smallish scouts but with a partner and then HA basics are a little larger but still with a partner – it will be interesting to see how the prices pan out in the end.

I hope all this Scout love does not stop us getting non main Movie Character scouts too (aside from HA ones) and new PCC – if not this year than in the future…. but I suppose Powerglide is just that…

If they did make Hothouse it could be said he's inspired by the A-10 that knocks Scorponok about a bit in 2007.

anyone else getting confused with all the names for all the different sublines?

What has me puzzled at the moment is if the mini-figures that seem to have superseeded Robot Heroes (the old line) seem to come with one off deco RPM/Speedstars cars…. are they sold as a twin pack with the robot and the vehicle mode in the same pack or something like that ? and are they really Speedstars RPM's ?

Speaking of which I hope the newer waves have more paint on the robot images than the 1st couple of waves of Speedstars do as they really fail when you compare them like to like with the same toy made under the RPM Brand I.e. Patrol Barricade.

Makes it hard to look them up online too. all the interconnected sublines they do

I notice the Ark when deployed is like a segment of a circle so if you get 2 or more of them you might even make something quite impressive out of few of them.

I was also thinking that Bumblebee's bunker mode seems to form a ramp vehicle – maybe it sits under the ark's chin and allows any car to got all the way to the ground down the 2 ramps.

I would appreciate knowing if Mechtech male ports/posts match Minicon posts or not please ?

As if they do I can see some extra potential with Energon Weapons and Minicons too.

I wonder what this would look like displayed back to back with the Iron Man two playset/commander center ?

Where are the pics for Cyberverse Blackout? Can't find them.

The Ark is looking very impressive, and definitely worth the $30 price-tag (assuming that's correct, I'm not sure if it's been confirmed or not). Should make a fun display for the Cyberverse figures coming out. Hopefully it sells well enough to convince Hasbro to do more play sets like it. I would love to see the TFP line get an Autobot base play set.

I remember when Transformers had all kinds of battle stations and shit. Can't wait for these.

It's like the old Gobots Command Center, only better!

Exactly the thought I had. This thing is a definite no-brainer purchase for me.

More than nice, that looks awesome! It's like the old Gobots Command Center, only better!

woopee! for it has roller & it transforms! aye! but not into an Omega Supreme sized robot it doesn't! more's the pity

Mostly suck, the scout-type figures look good. Powerglide is bought, Blackout is excellent, anyone else at that particular class is probably bought anyway, because I like the size. The rest I have no interest in, but I'm happy to not they're improving legends by adding more articulation to them. Another year or two and that size class could come into it's own, definately something to look out for. Might support it a bit just to bring the future closer to reality.

Not bad. More intrest from me than the mainline, maybe this technique of covering every play pattern really works, and isn't just executive mumbo jumbo. I might spend money on this movie after all lol.