Hello dear readers! You are with the TFW2005 Coverage of Hasbro Investor Day for the month of November, 2010.

Hasbro Investor Day was held last November 9th with a large number of speakers talking on behalf of their respective fields regarding their plans for the coming year of 2011 and beyond.

We at TFW2005, attended the live coverage over the internet and we’ve put together all the Transformers Goodies we got, after listening to more than 3 hours of corporate speech (Not boring at all, mind you. Almost all the speakers threw some jokes and it was very entertaining).

Continue-on reading to findout even never-before-seen images of Upcoming Transformers Media. The webcast started off with the usual manner. What we were interested in was, for the speeches by Bennett Schneir (Entertainment and Motion Pictures), Stephan Davis (Entertainment Television) and Mark Blecher (Digital Gaming Evolution). You will find all the slide notes by them below on the “Additional Images” section.

But, at 15th minute we were shown two Digital Ads now on display at the New York Times Square. It was for the Hub and Transformers: Prime. So on, the Transformers: Prime trailer (Seen before at IGN) was also shown to the audience who attended the Investor Day.

Surprising us, John Frascotti, Chief Marketing Officer of Hasbro started talking about Transformers Marketing. “Simply put , 2011 is going to be the exciting year for Transformers ever” said Mr. Frascotti. “With the 3rd movie coming in July, It really is the perfect story told in 3D. Can you imagine what it’s going to look like when we see these 40 foot robots, transforming and battling in 3d? So, it will be THE 3D event of the year. But in addition to have this 3D event, what we are going to have in 2011 for the first time, a twelve months a year storytelling through Transformers: Prime on the Hub”. We were shown a slide with a never-before-seen image of Optimus standing somewhere what looks like either a Hidden Autobot Base or Cybertron. And then even more surprisingly our first look at the upcoming Transformers MMOG by Net Dragon. “We are going to introduce an MMOG in China and Korea” (Other countries… Don’t worry… Read on). It seems that the Transformers 3 Video Game will be released on PS3, Wii, Xbox360 and on the new Nintendo 3DS by Activision. Then he talked about taking Botcons internationally. “Also on 2011 we are going to introduce the Ultimate Transformers Experience” continued Mr. Frascotti “Transformers Theme Park Ride. We developed it in partnership with Universal and Michael Bay. In Universal Studios, Singapore in 2011 we are going to debut our Transformers Theme Park Ride and our second Transformers Theme Park Ride on Hollywood in 2012.”

After that Bennett Schneir stepped on to the stage an hour later. Nothing much was said actually. But after listening, we felt how lucky we are to have Michael Bay, Steven Spielberg and the rest of the Cast and Crew. Transformers: Dark Of The Moon DVD is to be released on Fall 2011. Oooh! The Battleship movie… They are talking about it. Pete Berg is directing it (Cool!!! The guy from Hancock). Kate Kitsch, Alexander Skarsgard, Brooklyn Decker (Now we know where the TF3 rumor of her came from), Liam Neeson, Jesse Plemens, John Tui, Tadanobu Asano and Rihanna will be starring in it. And a new movie called Ouija by Michael Bay.

Stephan Davis talked about the Intro and Five Day Mini Series of Transformers: Prime. “November 26th the Hub will sneak peek our fully CGI Transformers: Prime series. Launch week will also include a special presentation of the Making Of Transformers: Prime which includes interviews with the fans and favorite cast members and never-before-seen footage.” Continuing on “Additionally, G. I. Joe returns to the small screen with G. I. Joe: Renegades also premiers on the Hub on November 26th.”

That’s pretty much it, regarding Transformers stuff talked at the Hasbro Investor Day, November 2010. Take a look at the images below for all the things we’ve mentioned above. 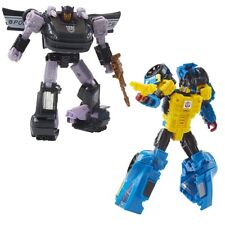 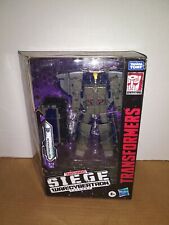 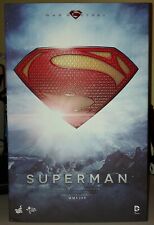 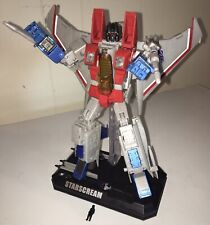 WFC 2?? YES!!!!!!! This is fantastic! It would probably be about the last remaining minutes of Cybertron and the MMO game sounds fun.

I'm more excited about the 3DS TF game and the MMO.

Really want to see what both can bring for us, the first because the 3DS seems to be an amazing machine and MMO because, hell, we never had anything close to that in TF before, really want to see the results.

Wow! WFC 2 – excellent! I'm loving the game right now, and I'm definetly looking forward to the next one!

Give the voice actors some love, Hasbro! I mean, seriously.

The most exciting aspect of all this is the renewed hope I now have for getting a WfC Starscream toy.

Wow, really? I though the game was awesome, utterly stellar for a license game.
I would imagine WFC2 will probably take the Call of Duty root and just evolve from its predecessor, which is perfectly fine. Leave reinventing the wheel to production companies that have infinite funds and time, examples being; Nintendo and the Mario franchise.

Makes me want to buy up some HAS in my IRA though. So there's the desired effect.

Yeah. There's no doubt it has the desired effect. I'm just weary of the level of competence of the movers and shakers that throw their money arround indiscriminately to make educated decisions on where to invest.

Makes me want to buy up some HAS in my IRA though. So there's the desired effect.

This slide was shocking! Wonder if it's adjusted for inflation? I was just about to post a comment on this slide! This is garbage statistics. This is the kind of BS that infomercials try to force feed to ignorant audiences and it's a shame that investors aren't wiser to this sort of thing. You cant collapse 11 yrs of data and compare it to 2 yrs of data. Whether this has been adjusted for inflation or not it wouldn't make sense. If you took the sales of Transformers toys at their highest peak during G1 and compared it to now while adjusting for inflation i think that you would have a lot more valid graph. I'm not saying that there hasn't been growth but I do believe that this is highly misleading. They're also not clear on what the graph is measuring. Is it just measuring toys or all revenue of items sold with the Transformers name on it? I personally fail to believe that they make a dramatically larger amount of money on toys now than they did in the 80s.

This slide was shocking! Wonder if it's adjusted for inflation?

I wonder if the people who put together this slideshow really talk about Transformers in terms of corporate buzzwords, or if they're just doing it because they think that's what the investors want to see.

War for Cybertron 2 huh? Shouldn't it be titled War for Earth since that is where 1 left off.

Actually, correct me if I'm wrong, but didn't the first one end with Optimus saying that the core group of Autobots still have work to do before leaving Cybertron themselves?

I'm just hoping that the Wii gets something better than Cybertron Adventures this time around. And a MMORPG? Holy crap, I so want that!

WFC 2…..maybe now we can get a Slipstream figure!

War for Cybertron 2 huh? Shouldn't it be titled War for Earth since that is where 1 left off.

Edit: I'm kidding I know it's just an announcement of the game.

Transformers MMO game? Count me in.

Transformers: WFC 2? Count me out.