Well, never let it be said that Michael Bay and his team do not strive to make the best of a bad situation.

In Transformers Revenge of the Fallen, star Shia Labeouf was involved in a nasty car accident which needed him to have his hand in a support for part of the filming. It was written into the film by way of a “Spacebridge accident”.

However although earlier reports suggested the process would repeat itself and Monday’s Bumblebee crash on the Transformers 3 set would be written into the film, this has since proven to not be the case. Nelson posted on the Shoot for the Edit forums to dispel the reports the accident would be written in.

It’s not going to be written into the script for the sake of decency. You don’t put accidents into your movies, not kosher.

Besides, they have a backup BB. 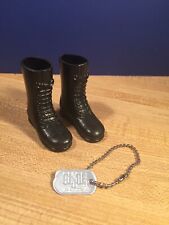 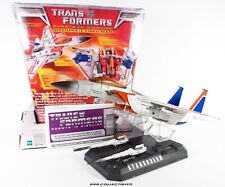 would been cool if bay woulda worked it into the movie

"The incident" has made the big time: FAILBlog

oh man… soo crazy. that car definitely is not good for crashes but maybe the inside is safer. the whole engine just completely smashed…

On the contrary, the car performed exactly how it was designed. The crumple zones in front worked perfectly, and the engine was crushed and forced under the vehicle like it should as well. It's designed to absorb the impact that way to protect the occupants of the car.

I'm glad it wasn't the new Ferrari that got hit. The Camaro can be easily replaced, the Ferrari, not so much. Look at this vid starting at 2:10, and look closely after that. It looks like the red Ferrari was right behind BB in the crash:

a new bumblebee or twins bumblebee?

yeah, but i think this was latest picture of datsun aka bumblebee
and i think the accident gonna write to the film.

oh man… soo crazy. that car definitely is not good for crashes but maybe the inside is safer. the whole engine just completely smashed…

I am getting rather curious of that Datsun…maybe a disguise for the times? There is no telling what the hell they have planning. I guess we can only wait and see. If we get a figure of that Datsun that looks like Bee..than we know!

So the Datsun is Bumblebee?

Is it possible for Cybertronians to experience war flashbacks?

yeah, i think this gonna be a new bumblebee Hero Bumblebee or Back-Up Bumblebee before OR after Accident

Shooting for "Transformers 3" creates real action on DC streets as Bumblebee t-bones a real life D.C. Cop driving the wrong way at the wrong time on 3rd St SW during a scene. Bumblebee came off Maryland Ave past the American Indian Museum and on to 3rd street.

Todd C. from TFLAB who was onsite at the time of the accident reports:

I had taken my kids to the American Indian Museum and walked out to see them shooting. I was right there when the accident happed. The one thing they are not explaining is that this was the second take. The first take the corvette was behind Bumblebee and lost control and spun around nearly colliding with a trailer. So the next time they put it behind Ironsides so it would not have to make a sharp turn. In between the 1st and second shoots, and ambulance also went through scene. It didn't seem like he knew what was going on. He got half way through then kind of slowed down by Optimus Prime looked at it confused then kept going. believe me it was a big mess!

Michael Bay: "Yeah, Washington Cops wrecked my Bumblebee. Unfortunately, the cops have to pay for a new Bumblebee now."

Phew – that's good that the cycle wouldn't have to repeat itself over again!

put it in at the end of the movie credits, like jackie chan movie bloopers!!! then have like a cgi blooper, like primes faceplate falling off as he's fighting megatron and then the both of them look at each other and laugh!! yay

Well he sort of had to do that, his main actor had a serious injury. it would have looked goofy to ignore that.

Thank God Bay's not making the same mistake like in ROTF where he wrote in Sam's broken hand.

BTW, they're shutting down filming as we speak. The rain killed their plans and the sets are being torn down.

LOL- I had in mind Bumblebee getting his voice fixed, everyone congratulating him, Prime shouting "ROLL OUT!!!" and SMASH.

"His voice has been damaged…."