Some upcoming books listed at the Amazon revealed what might possibly be, the Title of the 3rd Transformers Movie.
The books are to be released (May 17, 2011) very near the release date of Transformer 3 (July 1, 2011). The author of the books is official and has written books for the 2007 Movie and ROTF. The publisher is none other than HarperColins, which produced similar books for both movies.

No need of spoiler tags, here’s the possible Transformers 3 Title…
Transformers: The Dark Of The Moon
We can call it TDOTM for short (or DOTM for easy pronunciation).

Update (Yes, an update already) : There is a movie website domain name registered on 13th September this year. It’s http://www.transformersthedarkofthemoonmovie.com. The domain is registered by the same people who registered both the 2007 Transformers movie and ROTF Domains on behalf of Paramount & Dreamworks.

Fun Fact: Meaning of the name – “The Dark of the Moon is traditionally the last three days of the Lunar cycle, immediately preceding the New Moon, and the time when the night sky is notably absent the presence of the Moon.” 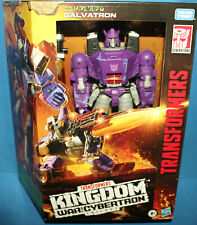 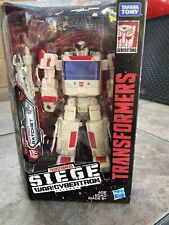 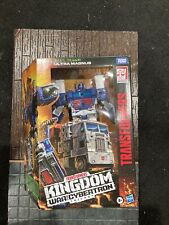 i know, i just figured i'd tackle the simpler theory before we get into the more complex lunar cycles

It's just annoying watching people repeatedly miss the meaning when multiple people are posting it multiple times per thread.

That so many people are just automatically adding a word to it and missing the point is indicative of an awkward title, yes….but I think it's decent in spite of that. They seem to have put some actual thought into it.

You know what, guys? You're right. Don't go see the movie, boys, the title is crap. It doesn't matter that 3 weeks ago we all were saying that this will be a coool movie; forget that junk we said, now cause they picked a awkward title we can't deal with, so we'd best haul in our chips and forget about the movie altogether. I mean, why even post about the dang thing? It's so stupid, we shouldn't even give any sort of updates.

Why complain about the dang title? WTF, guys, it's only a movie, and all this started out of some comic book in the later 20th century.

I know right? I hate the title, but I thought the Bourne Identity was a dumb title and that was a great movie.

Oh no, I have plenty of reasons why I believe this movie will suck. The title is just the cherry on top of the ultimate suck sundae

fine ok, its official, no more about this stupid name

As many know, I had been living in FL from '07 to '09. I met many great people and several of them were just working on TF3 as extras or local crew. Well more than one of them has shared a rumor they heard during filming.

Earth's moon is said to be none other than

I know right? I hate the title, but I thought the Bourne Identity was a dumb title and that was a great movie.

I have to agree with Vader here

I have completely lost all hope for this movie.

I don't have a problem with the title, however wouldn't "Transformers 3" been enough? I know people said the same thing about ROTF when that title was revealed…I still call ROTF "TF2" and I'll be calling this movie "TF3". It's not really something to get your panties in knots over fellas, it's the movie itself that matters.

In looking back at responses to this title, I think Boxerperson is on to something here when they said "In astrology it's associated with being right before a period of renewal, so it's like the last bit of darkness before you get to the light."

So with that information, it is actually a really cool way of saying "Light our darkest hour"… this movie is the darkest hour….. which would scream Unicron…. but may not necessarily absolutely have to involve Unicron. Could be OUR darkest hour…. for the humans.

Should just call this one Transformers: The Bottom of the Barrel…. because it seems obvious that's where they got this title… if it is indeed the absolute official title.

I have to agree with Vader here

I have completely lost all hope for this movie.

Still getting used too it, but glad it's a little wierd sounding.
The plot must be cool if it warrants a strange title.

If it were just a normal non Transformers related movie called "Dark of Moon", would probably watch it thinking it'll be a good sci fi flick.

Interesting title, but it doesn't have the same ring to it that "Revenge of The Fallen" had. Based on what moreprimeland posted, this movie is going to be awesome.

That's the title of the fourth movie.

Transformers – More Than Meets The Eye, Robots In Disguise – Transformers @ The Moon – http://www.transformertoys.co.uk

aka transformers @ the moon.

Just a couple of paragrahs from: Dark of the Moon

Cycles and rhythms effect everything, and the lunar rhythm is no exception — beginning a cycle of creation (the new moon), followed by growth (to full moon), and a diminution (the waning moon), and finally death (the three moonless nights, i.e., the dark moon).

George [2] notes that: “The earliest peoples understood that the power of life lay in the darkness of the moon.” “The purpose of the dark phase of any cycle is that of transition between the death of the old and the birth of the new. The dark time is a time of retreat, of healing, and of dreaming of the future.” I.e. the fallow times preceding outbursts of creativity and growth.

On the whole, I think we wanted a serious, intense movie for TF3. If they do indeed use this title TF3: DOTM..and the meaning is somewhat based on the above meaning and beliefs then we could be in for one heck of a ride!

I'm happy to wait and see what transpires.

While it's kind of strange for a TF title, I've always loved the phrase. I'm kinda o_0 at all the people thinking it's engrish or awkward. It's always sounded poetic to me.

Have that many people not heard of it before? Or is it colloquial?

I don't like the title, makes me imagine Simmons mooning us with his dark arse.

i wanna see that movie

I don't like the title, makes me imagine Simmons mooning us with his dark arse.