Airachnid; a name which came to limelight recently. Sadly though we have to say goodbye to that name for US Patent Office has denied the Trademark “Airachnid”.

Applicant’s mark, AIRACHNID, is highly similar to registrant’s mark, ARACHNOID. The marks are both intended to be plays on the word “arachnid,” and as such, are highly similar in impression. Additionally, the first portion of the marks, “AIRACHN” and “ARACHN” are nearly identical in sound and appearance, and the final portion “NID” and “NOID” is also highly similar. Note that slight differences in the sound of similar marks will not avoid a likelihood of confusion.

You can view the Original Document here. 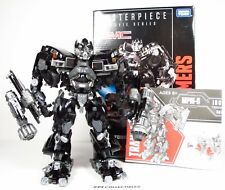 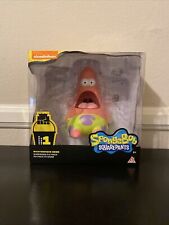 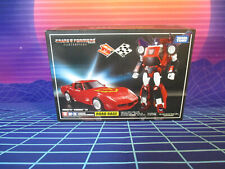 It's funny 'cause it's true.

Wow! All that talk came to nothing…

I wasn't fond of the name Airachnid to begin with, but that's a really dumb reason to deny the trademark!

What, you can't get something trademarked if it "kinda sounds like" another trademark???

Failing that, I submit the following for consideration:

You really made me laugh after a very hard day

I'd like to know more about what this "ex-Airachnid" thing even is. If it's Spider-like and has a stupider name, I'l probably refer to it as "Airachnid" regardless.

If they are still keen on that name try a hyphen: Air-Achnid

at any rate it doesn't matter. were still going to get the mold released in stores. just with a better or worse name applied to the mold.

Failing that, I submit the following for consideration:

I vote for the name "Holy crap it's a giant frickin' SPIDER, and it FLIES! Oh my GOD RUN!!!"

Probably no other toys with that name.

Guess we're too tsupid to tell

It's an office action. A first refusal. They can still rebut it with arguments to the examiner, since it's not even a final refusal yet. So basically we have no information, other than that Hasbro was interested in using the name.

The alarmism here over these filings is completely baffling. Jumping from one wild conclusion to the next so frequently must be exhausting!

However, no big loss. It was a stupid name anyway. Glad to see it denied.

Yes! Airantulas for the win!!

Sounds right to me. Mattel holds a patent for an Arachnoid, which is a toy, so Hasbro can't patent Airachnid toy. As much as some of you would like to say that they are not similar at all..they are. At least close enough to confuse people.

Sure enough, one could say that both Arachnoid and Airachnid might/will probably be uninteresting, third grade characters/toys, so it shouldn't matter..but it's still true..hence the reason names get patented.

If this was Mattel applying for a toy named 'Bobtimus Slime', everybody would agree that it would be too similar to Optimus Prime.

Unless it was a parody product and obviously not the original. I've been there, the company i used to work for produced a line of parody figurines and they dodged all sorts of legal bullets due to the parody clause.

Guess we're too tsupid to tell