And the judges votes are coming in….and….it looks like the Hasbro (non-Botcon) version is your new “Ms. Dirge that you are going to display!”

Runner up goes to Henkei Dirge for it’s nice chromed missile launchers and cockpit as well the very nice wing tampos that extend to both sides of the wing. However, the incumbent edged out a victory with a more cartoon accurate color scheme (black and a slightly lighter blue as opposed to grey and a more muddy blue) and clean silver accents (as opposed to more grey.) Something else the judges liked was this robots style as he came formally dressed wearing a Decepticon symbol (like a bow tie) around his neck. So Chic!

This handsome pageant winner will be available at a reasonable price when Generations Wave 4 is released.

Click on the title to see pictures of the two strutting their stuff on the catwalk. 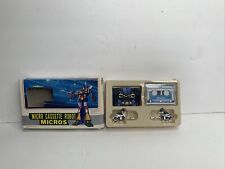 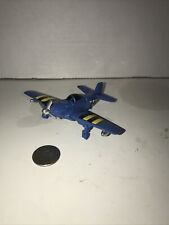 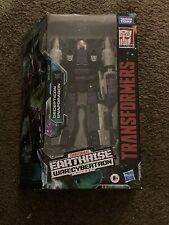 I'm just pleased they tried to replicate dirges red/white stripe stickers rather than trying to modernize it.

Of all the G1 vintage coneheads. Dirge gets the least appreciation. But at least he is the cheapest one to aquire in minty shape.

nope, not kidding, i posted my thoughts….why do you think the henkei looks terrible?

are you kidding? the heinki version looks horrible

Already have the henkei one, but prefer this one. Never hurts to have more!

I just picked up Thrust from Auto Assembly and he is tight! I can't wait to partner him with Dirge.

… and I spent 60 bucks on the Henkei…. FML… wonder if they still sell at a decent price on ebay???

Chrome on Dirge just doesn't do it for me. Generations Dirge for the win.

Henkei FTW. Chrome and the paint scheme makes it a winner.IMO.

The Generations Dirge does look like the most cartoon accurate one we've had to date, overall I like the Generations paint scheme better than the Henkei one. The only negative thing I can say about it are those fugly wing decals, that is the only thing about the Henkei version I like better. But for $10.00, I won't complain too much about it.

Sooo glad I kept putting off picking up Henkei Thrust and Dirge. Both Hasbro's versions look monumentally better. Can't wait to pick this one up! Now bring on Thundercracker!

why is the thread making Dirge out to be some female model???

someone listening to too much GaGa or something???

confused with whats happening to my cool ass robots………..

huh? this is coming from someone who has "licious" as part their name?
ok then

Wow, I actually like the Hasbro version better. Can't wait to add this version of Dirge to the collection as I'm afraid to even mess w/ the Botcon version.

are you kidding? the heinki version looks horrible

I like the generations one, but I have my henkei one and I think it looks fine, am I upset hasbro did this, nope, my seekers have been complete sometime now and personally i prefer the gray over the black

These are popping up on ebay now for $89.99..I pity the person that is in that much of a rush to get one early lol

I FAR prefer the generations one over the henkei one.