We broke the news of Alan Tudyk‘s involvement in Transformers 3, three months ago. Now, from an exclusive interview by Mira Sheila Sharma from FromHollywoodWithLove, Mr. Tudyk revealed what sort of a character he’s playing.

“I’m a fellow agent of [Agent Simmon’s], that is sort of his assistant and weapons expert, computer hacker, cyber sleuth.”

Transformers 3 is scheduled to be released in theaters on July 1, 2011. 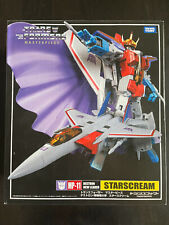 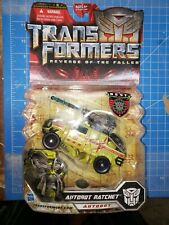 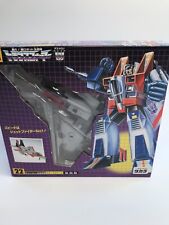 He's going to be Simmons' assistant of sorts? COOL!

The man knows how to get the boss coffee, just you wait till you see it on the big screen (and probably in 3D, since that's all the rage now)

He's going to be Simmons' assistant of sorts? COOL!

The new V series should never be mentioned on a high quality site as this. I cry everytime someone mentions that piece of sh*t remake; the original was far superior.

It would be comedic if he was Simmons superior and had to suck up to him.

prime is a legend

Bay should give up on humour, every joke in his films is agony… with one exception.

'There isn't a tighter shirt… we checked!'

haha that is too true!

Yeah that scene in Serenity annoyed me too

Simmonds will be tolerable if they can steer away from underwear / toilet humour. Given this is a Bay film, so chances are slim to none.

Bay should give up on humour, every joke in his films is agony… with one exception.

'There isn't a tighter shirt… we checked!'

Death at a Funeral – the British version, not the American remake. He spends most of the movie trippin' so hard he thinks toilet paper is fascinating, and he somehow convinces you it's fascinating too.

How ironic would it be if he wound up being impaled on one of Megatron's talons? While in a cockpit?

Dammit. Now I'm gonna start crying again! And I just got over it!

I am a leaf on the wind.

I think Alan is a great actor, but the thing that made me cringe was that Simmons is coming back. What an awful character.

Cool. Now if we could find out who Kim Whitely plays, or if she's even in it.

Why does Alan Tudyk's charecter sound much more competant than Simmons?

Well Better him than Leo.

So that means Simmons is not working at shop anymore and he is in TF3. Thats good, I like his character.

Yeah, how much you wanna bet we'll only see the " assistant" to the real FBI character aspect of him in the film?

He still needs the "One man" speech.

In before bitching about hacker subplots

^. i hated him in ROTF. first one was goood though

Nice to see Simmons get an assistant. Someone has to scrub the jockstraps.