Nelson; Site Admin of Shoot For The Edit (Michael Bay’s Official Website) recently took a visit to the Chicago set of Transformers 3.

He then kindly compiled a detailed description of what he saw and heard.

Among many things he said, he confirmed Rosie Huntington-Whiteley‘s role as Carly.

Nelson also uploaded some images from the set for us to enjoy.

Update : Nelson has changed the caption underneath the Ferrari 458 Italia Autobot. It now reads… “Ferrari 458 Italia (Parked on Rush St) on the set of Transformers 3 in Chicago, Il, originally uploaded by Nelson Lauren for Michael Bay Dot Com.” So, the name is still open for the debate.

You can click read on take a look at the images and to read the entire report. Mind you, the report and the images may contain spoilers.

It is our great pleasure to break the news for all of you to enjoy. Tell us what you think, by hitting the Discuss Button. “Nelson here…

I arrived at the Chicago Michigan Ave. set on Friday, July 16th. I was greeted by Mike Case (Bay’s assistant) and was taken to Bay’s monitor tent which was in the middle of a war zone. Michael greeted and proceeded to ask some things about the site. He then took out his iPad and showed me animatics of some sequences. Holy moly. This movie is going to be huge!!! In my opinion, more epic than TF2 with the first time amazement of TF1. I wish I could tell you what I saw on the animatics, but I can’t.

Bay was filming a scene with Shia (Sam) & Rosie (Carly) in which they were hiding within a wrecked and flipped car. At around that time the temperature hit 102 degrees (including humidity index). It was so hot that Shia was sweating through his leather jacket and as was Rosie. Back to the scene… apparently the scene is one in which a Decepticon is hunting for them. As Bay filmed this, a cue from the score was played to add to the suspense.

As the crew broke for lunch, I met Lester Speight (Coltrane on Gears of War) and went on to lunch with him. He was very nice and delightful.

Later, I got to meet the rest of the cast: Shia, Rosie, Tyrese, and Josh.

I had the pleasure of talking to Shia for for about 30 minutes and with Tyrese and Josh for another 30 minutes. All these guys have an impressionable work ethic, are fun to talk to and down-to-earth people. And that goes for the rest of the crew. I many many nice and professional people that are working their hardest to make this movie successful and entertaining.

As the day came about, Bay, Shia, Tyrese & Josh all came to meet than fans that had been waiting since 7am to catch a glimpse down the street. They also were interviewed by CBS 2 TV in which Bay praised the city of Chicago.

As always, Bay left the best for last. Explosions and gunfire!!

That’s it for now. I will post a video of some of the activities later. 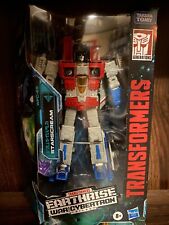 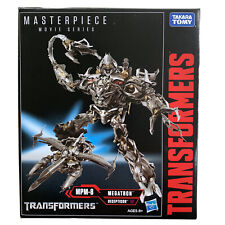 Ok guys chill I would also prefer that hotrod/rodimus be in this movie
but things to consider here:

Since when is a ferrari called hot rod…. Would not good ol fashoined American muscle be a better idea for "HotRod"

Also since the last movie played in to the whole "primes" plot Having people use the word rodimus I believe would require a major plot line considering that rodimus is also a Prime.

sooo nibm ratchet all i want 2 know is arcee dead or alive because if shes dead im gonna………. nvm but just tell me that

Rush is actually a good name for a Transformers it reminds me of a Turbomaster name.

I wonder if Lester Character will be like Cole-Train ?

It's bizarre he's in the Movie as I've already commented many times that Chicago looks like Gears of War in many of the Set photographs.

Maybe just stop freaking out over every little thing until the movie actually comes out.

i panicked so bad when the speculation of "RUSH" started and frantically started to search if there was a Autobot named "RUSH" through the web. i found no results and thought that MB created his own character again…thank god that is not true…or is it?

So the dudes name isn't Rush? Thank God, I hope it's someone moar GEEWUNNY.

i think your brain did make that bit up. wana stirr up shit?

I think that was a totally unrelated to the film article about the car, and like ships, cars are typically referred to as female.

I know he was yellow and all in the cartoon and all… but you could use it. I mean, Sideswipe was red, and is now grey.

This movie is going to be siiiick! You don't put flames on a Ferrari dude, it's just wrong.

Right, because there were some stupid G1 names that we dislike just in case you were curious.

It's only because it's not the name they wanted.

Not for me. I just think it's a dumb name.

Glad it's not going to be that afterall.

People accept names such as: Pipes, Gears, Whirl, Dirge, Thrust, and even Drift and go into a mad cartoon style rage with Rush?!?!

It's only because it's not the name they wanted. Better to whisper they're quite sensitive.

MB: "Hey Nelson, do me a favor?"
N: "Sure thing MB, what do you need?"
MB: "There's TOO much happy in fanland with the NASCAR guys and the Prime Trailer. Let's piss off the nerds."
N: "I could tell them that Rosie is a certain someone."
MB: "Yeah I like that… but why don't you leak out a name for the 458 too."
N: "Soundwave?"
MB: "You already did that one with Alice… just make something up… I'm in a rush to get back to a meeting."
N: "Rush it is…"

You don't put flames on a Ferrari dude, it's just wrong.

Even if it doesn’t end up being named Hot Rod, Hasbro probably will release a repaint in his color scheme just to milk the mold.

Thank god it’s not Rush though, bad name for a transformer, awesome movie though.