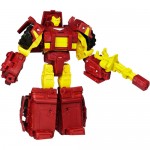 Love Transformers? Also a fan of Iron Man? If the answer to both those questions is yes, we just might have an assortment of toys to show you here that will be a match made in heaven!

Recently posted in Walmart’s image directory were these images of the next assortment of Transformers Crossovers. Because Iron Man 2 is the big thing in cinemas right now, it’s an all-Iron Man assortment! So check out these new Marvel Transformers Crossovers, which feature redecos of the Iron Man Car and Iron Man Jet, along with the Captain America 4 by 4 remold originally intended to be used as The Punisher and to top it all off, the Iron Man / Spider-Man combiner set Iron Man released individually and redecoed as War Machine. 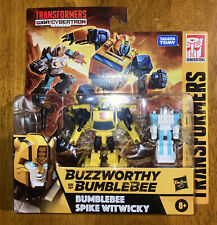 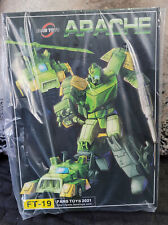 Could have easily done a villian in this lineup. Why not sacrifice one of the Iron Men for Crimson Dynamo, Titanium Man, Iron Monger, or some other armored fore?

They could at least have plans to repaint the Spider-Copter into the Spider-Armor mode (black and silver version) as that's what it's clearly based upon and it would complement SG1 X-303 War Machine.

Also repaints of the new combiner and also one of the previous molds as War Monger – possibly the Hulk.

But this line really really needs new Villans perhaps they can do a load of them with a Spider-Man 4 Movie Crossoverline and throw them in there.

If they would release a 4 fig villain wave I'd be the happiest guy ever.

This is one line that really isn't going anywhere. Doesn't look like they put any real thought into it. Seems like an experiment more than a toy line. Just throw some crap out there & see if anybody bites.

I both like and hate the Marvel Transformers line. I like the toys themselves, but stop it with all the f'ing Iron Man and Spider Man already. Venom is lonely as the sole villian on the damn shelf.

Really? I've been really enjoying my Marvel Crossovers. The only issue I have with the Hulk-tank's legs is the fact that they're so tiny compared to his arms, but that's more an issue of the Hulk aesthetic. The engineering is pretty solid on those. I never really saw the Hulk Tank as having a true turret. Just a big forward facing gun.

I like the Torch mold quite a bit, except for all the translucent fire… again an aesthetic feature. But Wolverine, Cap, Iron-Jet, Thor-Jet, Spidey Car… overall, I find the Marvel TFs are pretty nicely executed, if often a bit silly-looking. Great foundations for kitbashes, to be sure.

I want that Ironman Hummer…just for the gun and remolded fists (beats having to drill holes into Cap's).

What happened to the Ghost Rider one?

I was thinking the exact same thing!

2. I want the Punisher! No red, blue or yellow Humvees for me…

This is… sort of unexpected. And by the time they're released, they'll be about 6 months too late to capitalize on the Iron Man 2 market. Weird move.

I still would have preferred a Punisher version of the Hummer… or even a War Machine, since the colours would have been easier to work with. The space-jet from the 2-pack is obviously a sloppy photoshop recolour at this point… I wonder if this is actually going to happen?

I was thinking the exact same thing!

2. I want the Punisher! No red, blue or yellow Humvees for me…

*sigh* I can't believe they scratched the freaking baddass Punisher they made a while ago to do another Ironman repaint, I mean, there's fifty of them already!!! It shouldn't be called MARVEL/Transformers crossover it should be WERESUCKINGTHEIRONMANFRANCHISEDRYWHILEITLASTS/Transformers line…

Actually if I know Hasbro's usual MO, it's less likely that and more likely to be "well, we designed this cool toy that we could not release at retail. Let's see if we can reuse it somehow so we can get it out in some shape or form."

Ironically, not the first time this has happened to Iron Man. The 90s Animated series like had a final series of five toys that never got released. A couple of them got recycled into the Spider-Man line instead (Radiation Armor Iron Man became HazMat Cleanup Spider-Man). It's the same principle – the company went to the trouble of doing the tooling, then was denied the chance to use it, so finds another outlet to make some money back.

Has anyoen else stopped and thought that with a bit of tinkering, sports car ironman could become WFC Sideswipe?

The car is sleek. And its definitely not the spider man car if that's what some people are thinking. This one is cool with the little guns.

The repacked war machine from combiner Iron Man is really out of left field though. But its not a bad mold to get in darker colors.

The Iron Man Crossovers Yellow is really overbearing, you would think with this tying in with the movie line they would try and make them metalic gold and red. Itstead its flat comic colors..

No pics of the Iron Man war/ machine combiner? The Motorcycle/Jet. Then again that's not in this pricepoint or case assortment.

Totally looking forward to that Iron Man car. Should lend itself well to a custom.

These look great for customs

I wonder if they are gonna redeco the spider copter to go with the war machine?

*sigh* I can't believe they scratched the freaking baddass Punisher they made a while ago to do another Ironman repaint, I mean, there's fifty of them already!!! It shouldn't be called MARVEL/Transformers crossover it should be WERESUCKINGTHEIRONMANFRANCHISEDRYWHILEITLASTS/Transformers line…