Though the official website doesn’t show the images of the two products, we took photos of them at BotCon 2010. Click on the Thumbnail to view the Exclusives as showcased at BotCon. 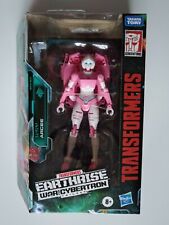 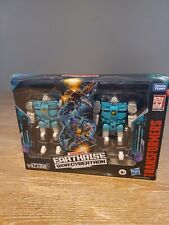 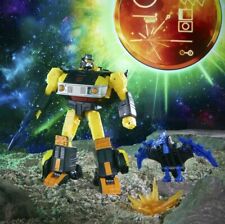 I intend to haunt Hasbro Toy Store for mine.

is there any chance that BLASTER will be release at TRU/WMART or TRGET?

Man if only i could go!

Yeah I know and I wanted 1 soooooo freakin bad that I never got 1. Instead, all the cough cough s&a%lps got them.

I want Blaster. I hope it will be easier to get this time, unlike last year when it was hard to get the SDCC Soundwave. HTS constantly had it sold out.

I want Blaster. I hope it will be easier to get this time, unlike last year when it was hard to get the SDCC Soundwave. HTS constantly had it sold out.

I could use a Blaster. I was even asking a friend who lives in California if he was going. Apparently that plan's out if tickets are already sold out. Bah.

Oh well. I can always hope and pray HTS works, or I can… ya know… pay aftermarket price. Whatever. =\

I'd love to get the tapes from the set, but I couldn't care less about blaster. if anyone wants to split up their set and sell some/all of the tapes, shoot me a PM.

Blaster G1 HERE I COME and I will be their with ya guys myself getting me 1. I missed out on Soundwave last yr but this I am NOT. My orginal G1 blaster is broke so having another 1 is going to be really cool.

No gold weapons for ramhorn

If I didn't already own a TFC Reissue, I would snap Blaster up without a 2nd thought

. & what about that packaging – How nice does it look?

Hasbro sure knows how to make people pull out their wallets…

So I guess the identity of this rumored Rodimus/Cyclonus/Galvatron 3-Pack still remains at large? Hasbro wouldn't have three exclusives for comic-con, would they?

Want both Blaster and Muggs Prowl. Looks like I'll be up bright and early the monday after.

I see no reason to assume that HTS won't have these available. They seem to have gotten much better since the Nemesis Prime (Alternator) and Alternator Rodimus years.

I'm in Canada, before they weren't even shipping here, and now while they do ship, there might be some restriction (according to their fac), and shipping from them is kinda outrageous

Just tried to add a single ROTF Leader Starscream who is $44.99, and get $33 of shipping and $10 of taxes (really no idea where these taxes came from

). I believe Blaster might be close to that in price, so it's a good approximation. Feels like I'm buying from shoddy sellers from ebay

+1, maybe I'll end up with six of every exclusive figure again

lol, is it the tuesday after SDCC that they list the exclusives on HTS? if you want them, call in sick from work and stay glued to the Computer otherwise you'll miss it.

Its like waiting for the Cable man, don't leave the house!!!

Any differences between this Blaster compared to the bookstyle reissue? If it's the two-cassette holding mold, I'll bite, but it seems to be exactly the same as the reissues before it (bookstyle Blaster, Encore cassettes).

Was wondering the same thing. When that is confirmed, WAAANT. Easily.