This is it. Michael Bay‘s official website; Shoot For The Edit welcomed Rosie Huntington-Whiteley to the Transformers Franchise. With it, We are now fully confirmed about Miss Rosie’s involvement in Transformers 3.

The site also talked about filming Transformers 3 in LA. This is what the news update read…

I would like for all you S4TE fans to welcome Rosie Huntington Whitely to the world of Transformers. As some of you might know, she’s the new female lead in Transformers 3. She’s worked with Michael before in his Victoria’s Secret “A Thousand Fantasies” ad.

Director and executive producer Michael Bay has begun filming the third installment in the “Transformers” franchise in Los Angeles, where the production economy has been buffeted by the loss of such big studio features to other cities offering more generous film tax incentives.

The DreamWorks/Paramount Pictures production has been shooting on a sound stage at the former Spruce Goose Howard Hughes hangar at Playa Vista and will film exterior shots throughout the L.A. area over the next several weeks, including Long Beach, West Hollywood, Century City and Malibu.The first two “Transformers” movies were also shot heavily in Southern California, filming numerous scenes downtown and at Edwards Air Force Base in the Mojave Desert.

“Mike, [producer] Lorenzo [di Bonaventura] and I are all big fans of trying to keep as much of our production in L.A. as possible,” said Bay’s producing partner, Ian Bryce. “It’s a big movie. All our stage work is being done here.”

In all, six weeks of the 4 1/2 months of shooting will occur in the L.A. area, with the rest of the filming spread across Chicago, Detroit, Washington and Cape Canaveral, Fla., and a few foreign locales, including Russia and an undisclosed African country, Bryce said.

The picture, with an estimated production budget of at least $200 million and a local crew of nearly 500, would not qualify for California’s new film incentive program, which is limited to movies with budgets of up to $75 million.”

Stay Tuned With TFW2005; We Bring You Transformers 3 Updates As They Happen. 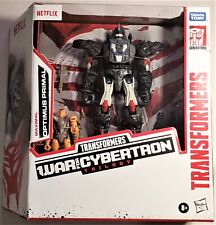 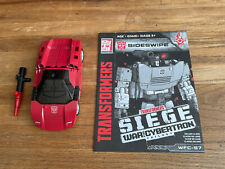 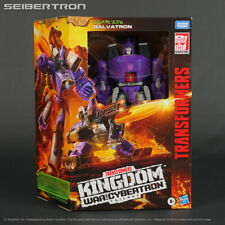 I'm skeptical of Michael Bay's decision to go with the VS model considering she's never done any films prior to TF3. After first glancing at photos of Gemma Arterton (from Prince of Persia), I owuld've much rather have her as the replacement (especially to continue the Mikaela character). She'd be good on screen with Shia. Just a thought…

All I see is a stick with a big head.

i've got a great way of how they can wright megan fox out of movie 3, they could say mikaela left sam for wheelie. it's the kind of humour your likely to get in a transformers movie and i'm not sure wheelie will be in the new one, so i think it's a good way of wrighting them out. i also think that this new girl will be playing carly because if we think back to what josh duhamel said, he said that everything in this movie is original and that nothing is made up.

I just saw a photo gallery of Rosie online.
Wow, she's thin. Not the good kind either. I mean jeez, eat a burger or something.

i saw some too. and it got me thinking…if Bay gave the boot to Fox for her being underweight, then on what basis did he giver Rosie the green light?

I wish it was Bar Refaeli

I just saw a photo gallery of Rosie online.
Wow, she's thin. Not the good kind either. I mean jeez, eat a burger or something.

But… doesn't Megan Fox's massive boost in popularity after TF1 serve as blatant proof of the contrary???

Yea I really went out of my way LoL!
All in the name of "fun".

Wasn't Megan Fox kinda a nobody before Transformers?

I mean, she certainly wasn't the name she is now.

Megan has poor acting skills, but seemed to have some dignity. Rosie's experience in front of a camera is wearing angel wings, or some other get-up, with nothing else but lingerie, while strutting herself down a runway or posing in a photo-shoot. If her dignity is shot, she will be easy for Bay to work with. But she will have no effect on the outcome of the film.

Uh, Jennifer's Body and Confessions of a Teenage Drama Queen would like to have a word with you…

And look who posted a comment on that article…

yup that guy is all over the place with the same inane and ridiculous message.

i read that and i was actually thinking of posting it in the news forum… but it seems like tabloid gossip and cannot be backed up by reliable sources. it's the same kind of gossip without any basis to the level of michael bay hiring megan fox after making her wash his ferrari in a bikini. it looks a lot like the writer of that article just based all of his/her information on stuff we haven't already not known before and then just laced it with his/her own creative imagination.

And look who posted a comment on that article…

If true, very funny and I think I'm starting to like Rosie. She may be smarter than what the fandom is expecting.

Excuse me? You're deliberately calling me out in a thread I didn't post in just to prove to me that I was wrong? Because I was clearly a snobbish, close-minded jerk in saying my own opinion, which according to you I wasn't entitled to.

I never bashed you at all. I was perfectly civil in going about this. But you have the nerve to send me a PM to make sure I would notice your victory? That's even more mature than your normal-sized text posts /sarcasm

PS- And you "clearly" noted before that you an "insider source".

Yea I really went out of my way LoL!
All in the name of "fun".

Hahahaha! You mean…my post was correct. You know, the one I posted about earlier today with this exact info inside the post. Wow. Imagine that. ;P

Yea. I seen your thread and posted a link to it in this one.

I just hope she doesn't disappoint. If she can act better than megan in her own film then it'll be great for everyone