Prince of Persia star Gemma Arterton is the front-runner to replace Megan Fox in “Transformers 3,” TheWrap has learned.

An individual close to the casting process says the actress has already had discussions with Bay about the coveted role. Other possible replacements for Fox include models Bar Rafaeli, Miranda Kerr and Brooklyn Decker.

Paramount has confirmed to TheWrap that the studio decided against picking up Fox’s option for the sequel, and an individual close to the production explained that as screenwriter Ehren Kruger was developing the screenplay with director Michael Bay, it made sense for Sam Witwicky (Shia LaBeouf) to have a new love interest.

Read more after the jump! Rafaeli and Kerr were both brought in to the project’s casting office to read for “Transformers 3,” while Decker has the most substantial acting career of the three models.

Decker has appeared on “Chuck,” “Ugly Betty” and USA’s “Royal Pains,” and is currently filming the comedy “Just Go With It” with Adam Sandler and Jennifer Aniston. She was also on the cover of this year’s Sports Illustrated Swimsuit Issue, and is married to American tennis star Andy Roddick.

Rafaeli is an Israeli model who is currently dating Leonardo DiCaprio and stars in Haim Bouzaglo’s indie psychological thriller “Session,” which is in post-production.

Kerr is an Australian model whose acting experience seems to be limited to an episode of the CBS sitcom “How I Met Your Mother” in which she played herself. She’s been one of the Victoria’s Secret Angels since mid-2007.

But Arterton remains the possibilty who makes the most sense, as she plays Jake Gyllenhaal’s love interest in “Prince of Persia” and is no stranger to Hollywood blockbusters, having also starred in “Clash of the Titans” and “Quantum of Solace.” Arterton, who is the same age as both LaBeouf and Fox, is currently at Cannes with the Stephen Frears comedy “Tamara Drewe.”

All of these beauties seem to be out of LaBeouf’s league, but I guess having a car that turns into a giant robot helps with the ladies.

Fox previously started a PR nightmare by comparing Bay to Hitler and continued to make waves by publicly dissing the director, even after he wrote a letter welcoming her return to the franchise. It couldn’t have helped that Fox’s “Jennifer’s Body” was eaten alive at the box office and her upcoming summer movie, “Jonah Hex,” has horrible buzz.

Bay will begin casting immediately for the new female lead. 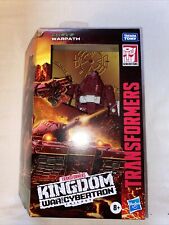 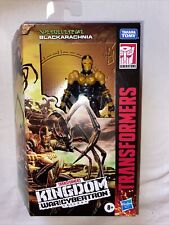 it really doesn't. its just that no one is ever satisfied. When the don't get the grade-A actors, they complain. when the get a couple, they complain why they wern't all great. And when the entire cast becomes oscar performers, they complain that the robots weren't on screen enough

I think they should cast Sam Huntington as Sam's TF3 girlfriend!

Enough here. I mean C'MON enough with women only being casted for sex appeal. A model? Seriously? Can't we just get a genuinely good actress? Looks aren't everything damn it. And Kerr thought slightly attractive has a funny face.

After watching TF2, why does anyone care?

And…. Here's the latest development.

Now that Megan Fox won't be appearing in Transformers 3, the race to cast Shia LeBoeuf's new love interest in the franchise has begun.

"Michael Bay I love your work!" Pratt, 23, Tweeted Wednesday night. "I know what a artistic brilliant genius you are! Cast me in the next Transformers."

I am a huge fan of the first two Bay movies, and the Bayverse in general.

That being said, if Heidi Pratt got cast in TF3, not only would I NEVER watch the movie, I would quit Transformers forever.

Honestly, I don't really care that she's gone. I've never had a problem with Fox but she's never been the draw for me.

Is this about Fox's weight or her attitude? Last pictures I've seen or her she looks like some strung out dope user.Too many troubles trying to film a movie with zoned out actors.
Any rumours or proof or Fox just having ego and reality problems?
Heck I would shave my legs and wear a wig to have Fox's part in TF3. No kissing however.

i'll preface this with the note that i am a fan of the movieverse, however after how bad of a movie the 2nd film was letting megan fox go just might be enough for me to not go see the 3rd one. bad move on bay's part. He might have mad foxs carear but fox also turned bay into a household name whether anyone wants to admit it or not.

It's disgusting how many people are swayed merely by the perceived 'attractiveness' of an actress.

Personally I'd rather see the role filled by someone a little more down-to-earth, instead of another plastic barbie job.

From those, I stay with Bar Rafaeli… though, is nowhere near Megan Fox… u_u

nah,she could be a new love ,not Mikaela

Very true, however that doesn't mean she was fired because of her comments last year. Bay didn't seem to be bothered by them at the time and I think that if he had been, he would've dumped her back then instead of waiting until just before filming. I think it's quite possible that Megan didn't want to do what Bay demanded this time around and so he dropped her for someone else who would listen to him.

Bay might not have cared, but the studio may have had a long hard think about it.

Hm. I wonder – they're either gonna pull what they did in The Fly 2 and Short Circuit 2 with the cast in the prior film (I'm aware that there's more, those are the only two examples I can think of right now) by mentioning them, but no on-screen presence, or they'll simply have Sam say "we're done", and that's that.

Or they'll pull a "Mortal Kombat: Annihilation" and replace 99.9% of the recurring cast with people who look nothing like the previous actors.

Even so, if Gemma Arterton is the role of "new girlfriend" and her name is Muffy (when Mikaela calls Sam to break up with him in ROTF, Kevin Dunn says "Yeah, in two weeks, it could be Muffy"), I am gonna laugh my ass off.

she bitched about having to go to the pyramids.

My bullshit detector almost went off after reading what I read there. I dunno about y'all, but I'd give my left arm to stand next to the Pyramids.

You don't– or rather, can't quit midway through a big-time contract like this one. She got fired and doesn't want to admit that it was her own big mouth that made it happen.

Very true, however that doesn't mean she was fired because of her comments last year. Bay didn't seem to be bothered by them at the time and I think that if he had been, he would've dumped her back then instead of waiting until just before filming. I think it's quite possible that Megan didn't want to do what Bay demanded this time around and so he dropped her for someone else who would listen to him.

Something doesn't seem right. Considering after Sam and Mikaela declared their love for each other at the end of ROTF, and with Megan Fox quitting, shouldn't Gemma Arterton play as Mikaela instead, similar to Don Chedle replacing Terrance Howard in the Iron Man films?

I think she will play the movieverse version of carly.

unless you count megan's character as that.

Regardless of whether she quit of if she got fired, the end result is still the same. She is not going to be in Transformers 3 and that's the bottom line. The rest is all irrelevent juvinile high school type drama.

….come to think of it, didn't something like this happen with Scarlett Johanson? Is there a trend here?

i haven't followed the news on this thread or any speculation but i saw this 'headline' about megan fox saying she quit and did not get fired.
megan fox quit, was not fired from transformers 3 – What Would Tyler Durden Do
and this
The Superficial – Megan Fox quit because Michael Bay is 'abusive'

You don't– or rather, can't quit midway through a big-time contract like this one. She got fired and doesn't want to admit that it was her own big mouth that made it happen.

Just the fact that she has the moxy to stand up to Bay's ego is sexy enough for me. And that's comming from someone who was never all that attracted to her looks from the start (at least until she displayed that curvy charisma under the hood and on the bike as shown in previews)… and I agree she wasn't that great of an actress as far as emoting… plus I'm not all that completely invested in the movies anyway since I can't stand looking a giant insects for 2 hours, so this is kind of like 'meh' for me.

At the same time I am a little suprised she would not be thankful for the oppurtunity the movie gave to her from plucking her ourt of no where and jump starting her career.

The only real good response that keeps comming to mind right now is: "Bring on Rachael Taylor"! She's hot and her character is smart. If she was Sam's love intererst, wouldn't that be an interesting little twist?

That's right boys, bring her back.

Or If they were to create Carly for this movie as Sam's love interst, my interest would spike through the roof. Hot intelligent/confident blondes FTW.