S250 has also posted an interesting comment on his Twitter account. In it, he confirms the earlier information we reported about a redeco of Armada Unicron being released in September, and suggests it is a part of the Takara-Tomy Transformers Celebration 2010 initiative, alongside Masterpiece Convoy Sleep Mode and the Transformers Animated Optimus Prime / Rodimus two pack.

He goes on to suggest that of the four spaces on the Takara-Tomy Transformers celebration 2010 website, the first is known to be Masterpiece Convoy Sleep mode. The second is the aforementioned Animated two pack. The third he says is this Unicron redeco. The fourth, he speculates, is another Masterpiece – Hot Rod / Rodimus Prime. 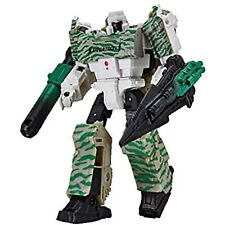 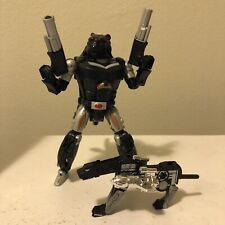 Rodimus Prime please! That will be perfect for this scale size, and we got plenty of good Hot Rods.

Along with that, the perfect accessories would be another Matrix (really needed!), a blaster, and as others said, Daniel and fishing rod.

Whether it's Hot Rod or Rodimus Prime or Hot Rodimus I don't care because I will be the first to order one when it goes up for preorder.

I'm surprised people want a Rodimus Prime over a Hotrod. I liked his character, but as a toy, isn't he basically a futuristic camper? Hotrod on the other hand was a really awesome sports car design, and the bot mode was sleeker with cooler colors.

It has already been said, but the accessories for this guy could make him epic if it is a hot rod. Forget the matrix – yeah, I said it. Fishing rod with a "whopper" of a fish on it, DANIEL AND A FUCKING HOVERBOARD that fits in his cab a la Human Alliance, road barricade, replacement hand that features a spinning saw blade to cut up cybernetic squid, random pieces of Kup, etc. The sky is the limit. Also, I will be buying at least 2, "no matter the cost".

EDIT: Forgot… it would be sweet if it had an energy saber and a sparring droid…. not expecting it, but just sayin' I think it'd be cool.

Hope he's giant with lots of die-cast, MP-01 style, should be great if he's like that, but I would have preferred Soundwave, Shockwave or Galvatron..

I was actually hoping for an MP Soundwave (would like to see what they do with the cassettes), but I can wait til after Rodimus Prime.

For the first time in a long time I'm actually excited for a toy again.

Very cool if this is true! However, I would've preferred Soundwave as the next MP, but Rodimus is a great, desrving choice as well!

If it's Prime, then excellent. Make sure he's cool.

If it's Hotrod however, then i demand masterpiece Firebolt.

Or better yet, make it definitive, and do all of the above.

Oh man please let this be true! And I agree with the page 1 post that hoped it was Rodimus Prime. I'm happy with the Hot Rod we got in henkai/classics, but we have yet to have an actual Rodimus Prime. I hope we get a Masterpiece of the Autobot's great protector and only other to lead the Autobots in the original 3 seasons of the show! I can't even describe how happy that would make me. $SOLD$

Rodimus OH YEAH I would be ALL for that myself. Hotrod yeah I would buy it but it wouldn't be my favorite though.

once again old news…..the MP proto for this has been around since I talked about it in 07. but its going to be worth the wait…..

I'm back I'm active and I"m pissed off……ok just kidding about the p/o part……but boy do I have treats in-store!!!!!!

Um, are you referring to a Takara MP Hot Rod / Rodimus prototype or something else?

Rodimus Prime or Hot Rod would be awesome. Still would like to have a MP Soundwave, though.

I would love to see a Hot Rod, however MP full Dinobots collection would be absolutely sick! If I could have it my way the order would be
1 MP Soundwave. there is no true MP soundwave
2 MP Devastator
3 Complete Dinobot collection!!!!!!
Never happen but we can all dream cant we.

i agree it should be done like fans project armor they are designing for classic hot rod .so it could double as both figures just make the trailer a kick ass battle station

Sounds interesting. I too would prefer Hot Rod to Rodimus.

I personally hope for just Hot Rod. I prefer the car to the trailer thing.