TakaraTomy has updated their Transformers Animated event page with details regarding three more exclusive EZCollection figures in addition to the already announced Optimus Clear Red Version. Each of the new figures can be acquired through the following means: 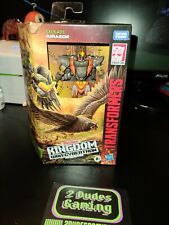 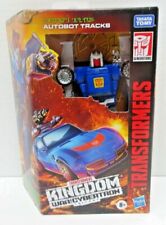 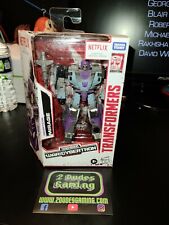 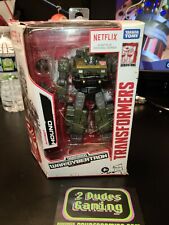 May I ask where you got them?

Just got Smoke Clear Prowl at Apita store nearby.

Looks they had already ran out of OPs and Megs stock, and decided to stick Prowl bag on top of other peg-warmers package.
So I choose Soundwave with Clear Prowl. woot!

Hmmm $60… will think about it… Might be worth getting.

BBTS has these up….

That's $239.96 all together. Probably the most expensive Legends figures ever.

I was at Ito Yokado today and I could see the clear yellow Bumblebee behind the counter. I tried to buy something to get it, but they said the promotion doesn't start until the 28th. The figures were very small, and packaged in clear plastic baggies.

I wish American stores did things like this, the most we have is a free gift card or soemthing as a promotion.

Gah! *sputter* Dang it…. More to add to the clear collection!

All four of these would make any fan's Animated collection truly brag worthy. If only I could hop a plane to Japan and score these suckers.

As much as I need that Prowl and know I'm never getting it, I really REALLY, want one. it's just so appropriate…. And saddening

But I love how they're giving this to Japanese fanss so early, because it's like extremely early spoilers.

Someone uploaded Prime at Futaba.

Someone uploaded Prime at Futaba.

Cool looking but not interested in trying to get my hands on them. I'm more than happy with the US versions.

That search the forum feature needs a serious overhaul.

^How about this one?…

My bad.
It should be smoke.
I like smog though.