In preparation for Toy Fair 2010, Hasbro has released a new press release which reveals more information on the Power Core Combiners and other new items: 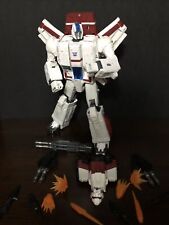 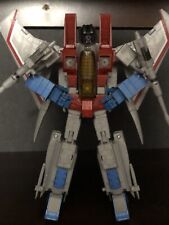 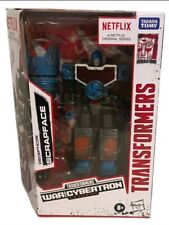 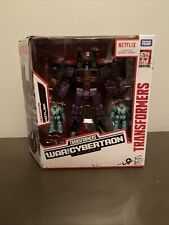 i wonder if Power Core Combiners mean the next cartoon will be using those figures…and if they do, i wish they dont use the Armada/Energon/Cybertron company.

and wow, WFC Prime kinda sucks. The robot mode i can get used to, the vehicle mode not so much

PCC Skyburst looks like crap in combined mode… I don't even see the homage to Superion here. The limbs are a strange mix between various different looking characters (I see a jet that looks like freakin' Ramjet in there) and Skyburst himself… looks like Energon Storm Jet in robot mode.

The Combaticons look decent though I'm not sold on that one either. Onslaught (or whatever they're actually calling him) looks good in vehicle mode, but that robot mode is horrible!

Nice to see Henkei Thrust getting released here. I do like the fact that it's different enough from both releases as not to piss too many people off. Though some jerk will still probably cry fowl even so long after the initial releases.

PCC Searchlight looks very freakin' cool. I'll be picking him up for sure.

I'm sadly impressed with Drift. Guess I'll be picking him up after all.

I seriously dig Hubcap! Not only does his robot mode look good, but he's a classics car! Not something you see in the series everyday.

Jetblade looks cool. Don't know if I'll pick him up though.

Darkmount (apparently what they're calling Generations Straxus) is freakin' sex! That guy is so bought and it's about time we got a figure of Straxus! Now they just need to bring on a figure of Jhiaxus!

Some of the new Scouts look pretty cool. An insect (aptly named Insecticon) that looks like the little guy Sam pulled apart in the movie looks okay, but I'm really interested in the little APC called Breacher.

HA Jazz looks nigh on perfect, could be the best HA yet imo, apparently his gun is made out of a motorcycle for lennox to ride as well, slick!

The voyager prime also looks amazing, if they made a voyager that looks as good as the leader I'll be seriously impressed. I hope this is what TK are using for Jet Prime, I don't want to have to buy both, lol.

Meh on Bruticus and Superion…. No individual robot modes for the limbs = no buy

Saw the pics (just visit 4chan, it's all there).

Not impressed by the combiners at all. "Commander Bombshock" aka Onslaught looks quite G1-ish in vehicle mode – even more so then Universe Onslaught, but that's the best I can say about the lot. The vehicles indeed can only transform into limbs, and the combined modes do not look impressive at all. Skyburst (Silverbolt) is much worse – he has the transformation of an activator by the looks of it.

HA Jazz looks great! The car chest is upside down and Lennox looks nothing like Josh Duhamel but still very nice. Aerialbots look weird, they're like blue, yellow, and gray and have weird proportions, Combaticons look better, Bruticus has a sweet head. Drift looks cool even though it looks like he has door kibble. So is Generations like the new name for the Classics/Universe line?

Incidentally, guys, TFormers has had info from the seminar for like half an hour.

Human Aliiance Jazz with captain lennox!! Please let this fig be a step up from the 07 deluxe!

Cool, I thought there wouldn't be anything till tomorrow.

Today IS Hasbro's "Fan-Collector Media Event", though. I don't know what sites have representatives there, but TFWIKI's got some men on the scene, and I think TFormers does too. It begins with a presentation at 1pm, after which attendees are allowed into Hasbro's showroom. So we'll be hearing SOMETHING later.

Well, I'll be picking up the Power Core Combiner two-packs, but I don't think I'll be touching the five-packs. Just not interested in Gestalts that don't have all their modes… same reason I didn't pick up Supreme Devastator. Just not my cup of tea… and while I get what some peeps are saying about them being one Scout with five minicons… I still don't think that excuses the fact that the minicons should be able to have vehicle, limb and robot modes if the two-pack minicons can have four different modes. Well, I'll just vote with my wallet… besides… the Energon/Universe/RotF Gestalts are excellent with the Crossfire upgrades that FansProject are putting out. Now if only they'd do something for Devastator!

On a side note… the only time in recent history that I think Hasbro has actually got it right was back during RID with the Build & Bullet Train Teams… and Hasbro has said that the Bullet Train Team (which got the combiner concept the most right… even if not a traditional five man team) was overly expensive to produce. So… I guess I can see where Hasbro is coming from some times… still, I'd like to see them try at traditional Scramble City combiners again.

Oh well, hopefully some more interesting news will come out from toyfare. Cool info on the Power Core Combiners for those of you that want them though.

(sighs) and still no word for leader screamer

So..the power core combiners are gonna be like the legends devastator…or similar to that..right?

Should be interesting to see what they can do with a character in different size classes. For example they make Optimus as a deluxe/voyager/leader thier are bound to be many variables between the three. It also gives buyers/collectors more options. Both space and price wise.

The official event doesn't begin until 1pm EST (USA). We should start seeing things a little after that.

No robot mode for combiner limbs = suck. I was excited for these, but not so much anymore.

Today IS Hasbro's "Fan-Collector Media Event", though. I don't know what sites have representatives there, but TFWIKI's got some men on the scene, and I think TFormers does too. It begins with a presentation at 1pm, after which attendees are allowed into Hasbro's showroom. So we'll be hearing SOMETHING later.

Ah, didn't know that. Depending on how long the event lasts, and how long it takes people to get information up, it could be a good while after 1pm. It also depends on what they allow. It could very well be a no-camera type of thing.

Personally, I'm going to get away from the computer for a while, so I don't senselessly stress myself out waiting for information, lol.