We have received further information from the Singapore retailer who leaked the news that the next Masterpiece Transformer might be a “ghost” version of Masterpiece Starscream. The new information indicates that the retailer was the victim of a prank by a Japanese contact.

We repeat: Ghost Starscream will not be the next Masterpiece Transformer. The previous information was a joke between friends that was misunderstood. 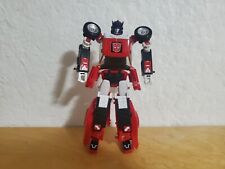 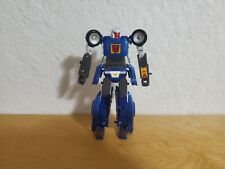 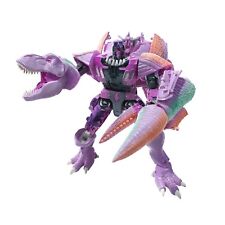 I wanted to throw my own $0.02 in to this entire mess of people whining and complaining regarding our coverage of two apparent hoaxes – Ghost MP Starscream and the "leaked" movie script. I've been doing this for nearly 10 years now so I have a little bit more weight in my words than the casual "Omg u guyz sux" poster.

When a retailer throws up information that they have received possible news regarding an upcoming item, it becomes increasingly hard as a news site to discredit it – it's not like we can call Hasbro and go "What's up!" because Hasbro has nothing to do with Takara-Tomy's Masterpiece figures and their choices at what to do – maybe they know, maybe they don't, depends on who you talk to and how open they want to be about it with NDA's and so forth.

Regarding the "leaked script" … our frontpage post was very specific, almost blatantly calling out how much of a hoax it was, in the opening post, but left it open for the readers to make their own conclusion, because on something like that there is literally no way you can get a confirmation either way unless it's coming from the writer himself. Hasbro won't comment on it, Paramount won't comment on it, but at the same time if it was real … do you really think it would STILL be available online?

When it comes to reporting rumors, you always have to take them with a grain of salt. It's annoying as hell on our end – when we know something for FACT that it is NOT a rumor, but report it as such as to not trouble those who have shared the information with us. A prime example was the ending of Transformers Animated with Season 3. When we received the information, we were able to privately confirm it, but couldn't publicly state it. We sat on that for over a week until we got an "anonymous E-mail" (seriously, they used the "submit news" and left no info) regarding the information … so we gave notice before-hand that we were running the story as a rumor, but we knew all along that it was true. But because we won't reveal our sources (journalistic integrity) we aren't able to report it as "FACT".

But over half of you refused to believe that rumor, even though voice actors confirmed they were done working on Transformers Animated, interviews with Cartoon Network employees stated that they were no longer working on the show, and the head-writer was let go from his office.

So I find it beyond silly that a large contingent of you not only are pissed at THIS WEBSITE because of an uncontrollable prank from a Japanese retailer, but that you actually believed it so whole-heartedly with absolutely no evidence from ANY OTHER RETAILER or from Takara-Tomy. Yet when a rumor comes up that IS true WITH evidence, you all shoot it down.

It's not like we reported that Hasbro was releasing a Fortress Maximus re-issue, and included an incredibly obvious photoshopped "box" (TFormers), or had an entire section dedicated to someone's made-up rumors (Professor Smooth at Seibertron).

No site is perfect. Numerous sites listed those items as news, then removed the same stories without explanation. At least we report that "Hey, remember this rumor? Debunked!", and not try to sweep it under the rug. We're not perfect, when we make mistakes we'll be the first to admit it … so why all this hate when we post a rumor from a retailer then debunk it the next day is beyond me – shift your hate to the retailer.

Given that the last few pages of this thread are bashing this site and others, I think this thread has run its course. Some people really need to relax when it comes to certain news about toys. Yeesh.

For those who have asked, the 2nd hoax = "leaked" movie script

And I agree with Spencimus – why are people on here bashing the very site they are a member of? If you don't like what they report here then there are plenty of other TF related sites you could belong to.

You can't blame the editors of TFW for not researching this, it's not their job. Do you want them to call BBTS or TFSource every time they post their newsletter? How about contacting Hasbro or Takara to verify that a new project is being undertaken? The retailer was the one who started this nonsense so you need to blame him. The contributors for this site were only doing what they are here to do – post something that was given to them as fact.

Although a Masterpiece made out of brittle translucent plastic was already a bit suspicious, I guess.

Well Bandai made a transparent Macross Frontier V25 (certainly masterpiece sized), so it certainly isn't beyond the realm of reason.

As cool as it could have been, I'm glad. We have enough Masterpiece Seekers for now.

Ya, i agree with you. But it would nice to see MP figures of Ramjet, Thrust, and Dirge.

Confirming that the next Masterpiece figure will be Masterpiece Waspinator. he will be repainted as Waspercracker and Skywasp.

I'm finding that this thread has degraded into people insulting the very site they post on. It was a rumor, and it was debunked. That's all that matters.

Convention coverages are so messy that you pretty much got to check out everywhere for complete info because somebody always misses something the other didn't.

Also, why TFORMERS always gets the best pictures? Seriously, their cameraboy rocks.

All I can say is that I used to visit TFormers for news, but then I found out TFW updates much faster and more frequently every day..so I kinda hopped to here.

But in the end, should we really be fighting over what's the better Transformers site? They're all about the same to me, and I couldn't care less if one has a better resource database, or a better forum, or slightly better news.

As for MP Ghost Starscream: mistakes happen. It was presented as a rumor though, so anyone with a common sense should know not to immediately jump to conclusions. Unless you believe everything you read on the internet as 'true'.

ut we can all agree seibertron.com just sucks haha

LOL. We'll find out at Botcon when Seibertron wins Best News Site 3 years in a row.

Just so you know that tformers also got the so-called hoax news of MP Starscream from this site. even tho the story turns out untrue, they didn't even credit the source from where it came from (TFW2005).

oh i just want to get this out: TFW2005's ability to report stuff announced at conventions is absolutely terrible…..expecially at the last convention we had (comic-con)…..so much crud was just skipped over you had to go to sites like allspark.com and tformers.com just to get everything

Just so you know that tformers also got the so-called hoax news of MP Starscream from this site. even tho the story turns out untrue, they didn't even credit the source from where it came from (TFW2005).

i wonder how many times people will bring this up about coming out and constant questions about it even though it is stated right on the front page that it won't come out……ugh i swear only 5 people even pay attention to any transformers news we get, expecially the convention stuff

oh i just want to get this out: TFW2005's ability to report stuff announced at conventions is absolutely terrible…..expecially at the last convention we had (comic-con)…..so much crud was just skipped over you had to go to sites like allspark.com and tformers.com just to get everything….heck i didn't know that hasbro was thinking about making a white activators soundwave til a few months, cause it was one of the very things this site skipped over…….i find that while tfw2005 is a good site for news, it got a long ways to go to be the best….but we can all agree seibertron.com just sucks haha

also, what is this second hoax?

The only thing in question should be the retailer's reliability as a news source. Not TFW2005.

True dat…. TFW is a fine source in TF news. I just wonder why people took the original post so seriously.

What was the 2nd hoax?

The only thing in question should be the retailer's reliability as a news source. Not TFW2005.

Bummer KSA and I both thought this was a very cool idea.

But given how Takara/Hasbro likes to reuse molds, it's not out of the realm of possibility.