Revenge Of The Fallen wave 4 deluxes have been found and purchased at a Target in San Diego, CA. This wave consists of the Ice Cream twins Skids and Mudflap, Jolt, Blazemaster, and Dead End. Get out there and start hunting!

Also remember to let your fellow Transformers fans know about your recent finds in our Transformers Sightings forum! 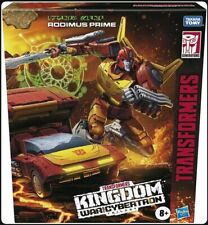 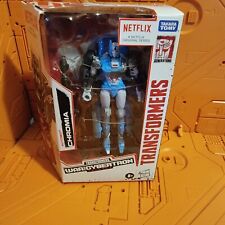 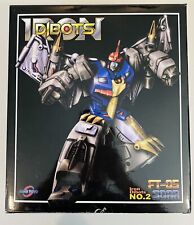 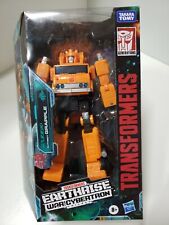 Damn IT! your lucky it'll probably take forever for these to get to Miami

Which San Diego Target were these bought at? If this was said earlier in the post, sorry.

The Target on Mira Mesa Blvd. They also have Long Haul and Grindor.

I just found all of these at a Target in Northern California (Serramonte). So, they're out there in more places, now.

Which San Diego Target were these bought at? If this was said earlier in the post, sorry.

Is it just me or does Dead ends head look like something outta Halo??? the twins and jolt are mine as soon as i spot 'em.

I was just at both my Targets in Lexington, KY yesterday and they still only had wheelie chromia and the rest of the shelf warmers from wave 1.

looks like i wont have to start hunting for another two months or so!

Awww this is ridiculous, wave 2 is barely out in England, and now wave 4 is in the states??

why cant they just do a worldwide release date for the waves?

Now see, this is something I could get behind in a heartbeat. No one would go without, no one would have to import (except to save money), and everyone would have a chance to get 'em.

I loved Takara's setup for releases when the series were on. It's a shame we can't get 'em like that here.

I know people complain about the street dates (I have!) but I think street dates, with a guaranteed release for each wave, etc would work and leave no one behind.

But that would also create a "You snooze, you lose" situation. At least some stragglers will get lucky enough to find a figure here and there as is. You throw in a street date for the waves and they'll sell out fast, so I guess it would be leaving some empty handed. Hmm…

We should each own a piece of HTS and get first dibs before all the other customers. LOL

Awww this is ridiculous, wave 2 is barely out in England, and now wave 4 is in the states??

why cant they just do a worldwide release date for the waves?

DEAD END!!! dunno on Jolt, and if I buy any incarnation of the twins, It will be the ice cream truck.

Damn! My Wal-Mart doesn't even have wave 2. Hope to find these soon. Really loving the Ice Cream Truck Twins.

I wish that the ice cream truck was in one piece as opposed to split. I don't like how that looks in packaging

sweet.. can't wait till they come to Canada!

Awesome, 3 Autobots in this wave.

Well, thank goodness this is the ROTF line, because if it wasn't, these guys would take forever to show up in Florida.