52toys has posted a gallery comparing the new Universe/Classics 2.0 Hot Shot with the original, Armada Hot Shot! This gallery shows how far Hasbro and Takara have come from the Armada days.

Hot Shot was one of the first Armada toys designed by Aaron Archer, nearly 10 years ago! Often said to be one of the characters he wished to see redone, Hot Shot was a pleasant surprise entry in the 25th Anniversary segment of Universe/Classics 2.0. He was also a heroic character who appeared all throughout the Armada trilogy, with his Armada design being the most popular. Fans wanted to see a better figure that did his Armada design justice, and the time has come!

This figure will be released here soon, but in the mean time, click on the title bar to see how it compares to the original! 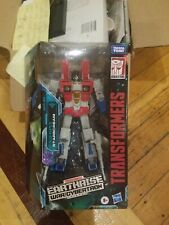 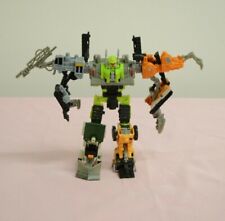 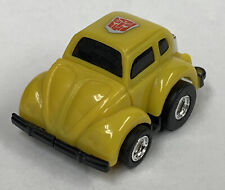 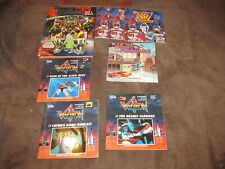 Wow! I love the new version so much better!

Universe Hot shot a must get.

Woah, a BAD Rider boy we'd got there.

i rather get the old one looks better and has the correct weapon's and the mini con still has a purpose because where is the arm cannon .

aaaaaaaahhhhhh, see, i though it was a blanket Universe statement!!!

gotchya, Universe Hot Shot is poor! (i'd still argue Arm Hot Shot was no fun though

Maybe Armada Hot Shot didn't have the best articulation, but he sure was loaded with fun gimmicks…

-Jolt… chopper/robot that could carry his engine, drop it into place to activate the saw blades or transformation
-Jolt could combine with Hot Shot to make him fly in both mode
-Jolt could activate the ingenious axle-zooka, probably the most original and cool weapon to ever grace a Transformer
-flip down tire visor

And seriously, the bot is still decently poseable compared to Energon Wing Saber or Armada Overload (2 toys I like too). And to me, he doesn't look any less or any more cartoony than Animated Bumblebee. Fun chunky toy!

Watch Peaughs video review of the toy, he's usually spot on in his reviews. The one he got was made of cheap plastic, had massive shoulder kibble problems, breakage issues with the back/calve windows, and Jolt just plain wouldn't stand.

aaaaaaaahhhhhh, see, i though it was a blanket Universe statement!!!

gotchya, Universe Hot Shot is poor! (i'd still argue Arm Hot Shot was no fun though

Wow, i actually literally forgot how horrible Armada Hot Shot actually was. the hell, man. my eyes they burn.

i don't understand how you can say Universe "plays crap"

Watch Peaughs video review of the toy, he's usually spot on in his reviews. The one he got was made of cheap plastic, had massive shoulder kibble problems, breakage issues with the back/calve windows, and Jolt just plain wouldn't stand.

you Know I think he would make a sweet nitebeat wouldn t be a headmaster but hed have his nebulan slave. Yeah for the adult collector hes realy not for us but for those that where brought up on the unicron trilogy i think it will make them happy? (yeah i know there still young)

I love the new Hot Shot!! So much better than the old one!!

Wow, i actually literally forgot how horrible Armada Hot Shot actually was. the hell, man. my eyes they burn.

i don't understand how you can say Universe "plays crap"

Yet I still miss the powerlink gimmik. I would hope for leader prime from Armada because I hated the robot mode for prim that couldn't move his legs. MAybe the can somehow redo the trailer so the legs can move, evenn if they remove the electronics and minicon spaces (apart for Sparkplug.)

YES! Agreed fully. If any figure from the Armada line needed an update it was Leader Prime. So much potential was there! Scrap the stupid electronics; mine never really worked all that well to start with. More articulation, better paint apps and you've got an instant win figure!

I see nothing of an improvement with the Universe version. Seriously. Nothing. The alt mode looks terible next to the Armada version, Jolt is just thrashed and the back/arm kibble in bot mode makes the Armada's version look like masterpiece engineering. Hands down I think this guy is the worst figure coming out of the Universe line, closely tied by Cheetor.

Meh… I liked Universe Hot Shot as an unpainted test shot…
I'll pick him up if he goes down to clearance.

Much improved design, I wish they would have done something different with the back kibble on the new one, but that's a minor complaint. Still not sure if I'll get this one though, was never a big fan of this character.

I'm gonna miss the engine and the axle cannon, but it's a worthy sacrifice for this upgrade.

U-Hotshot does look better then A-Hotshot. With U-Jolt I don't know there's somethings about him that seems off. He looks cool though but I don't know its probably just me.

I do have to say… I like the Universe one way better!! I like this line a lot!!! it's almost like old school styling meets new school transformation!!! I love it!

now I just have to save money to buy them!!!

Wow, I hadn't realized the difference was so great… the original really looks like crap in comparison.