TFW2005 has received an official image of a Transformers: Revenge of the Fallen-themed game called Missile Mania. The game, released by Hasbro under the Milton Bradley mantle, is a two-player game. From the images on the box, it appears that part of the game-play will involve knocking over game-pieces by somehow firing toy missiles. The box art shows a nice 2D representation of Megatron’s new robot mode. In keeping with a theme that has been seen on several Revenge of the Fallen toys thus far, the missiles in Missile Mania are enscribed with Cyberglyphics! Click on the thumbnail to the left for an image of the game box as well as some higher-resolution close-ups of parts of the box. 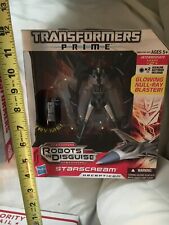 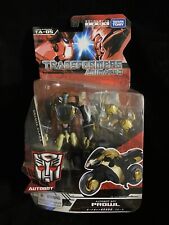 so megatron's "NOT" in the film, yet he makes it on the cover of a game, not in just one spot but, TWO spots? lol sure… he's "not" in it lol!

Interesting. This has been up on Amazon for pre-order for a bit now. Awww…Megatron is the cutest evil transforming alien tank monster ever!

Consider ing Megs "isn't" in the movie he sure is on a lot of merchandise.

I dig the art from the card a lot!

So that's what an animated movie cast would look like, sweet.

is megatron in egypt ?

Again they have Megatron in his new mode…I mean can they really keep this up about him "not" being in the movie? LOL

Anyone else read the first issue of the defiance comic? It's set back when the war first began. At the end of issue 1, Megatron appears to get posessed by some great evil that was trapped inside an ancient triangular piece of metal with the decepticon logo on it.

My theory: The Fallen is connected to that. I.e. Megatron has been playing host to whatever The Fallen is, and with the death of Megs from the allspark (another artifact from the same time as the triangle thingy) The Fallen has fully awakened and is in control. This new Megatron we see might therefore _be_ The Fallen.

No Megatron my butt!!

I think it would be funny if Megatron was actually "the fallen" after all. Talk about completely swerving the fandom.

At this point its getting stupid to think megatron wont be in the film, clearly he will. only fear is that if they adamantly say megatron aint it and say teh fallen is, and now we have seen megatron, the fallen had better not end up either
1) absent altogether
2) a floating head in the middle of a pyramid ie the poster image
3) a galactus cloud whyyyy