Actor Comedian Bernie Mac passed away early Saturday morning in Chicago at the age of 50. His death is most likely attributed to pneumonia he was suffering from, he was recently hospitalized for the illness.

Bernie Mac has a long record of achievements, however, he is known to us at TFW2005.com for his recent role in the live action Transformers Movie from 2007, playing the role of Bobby Boliva, the used car salesman who sold Sam and his father Bumblebee during a key scene in the film.

We at TFW2005.com and on behalf of the Transformers fandom would like to give his friends family and fans our best wishes. RIP Bernie Mac. 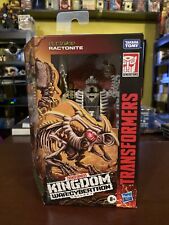 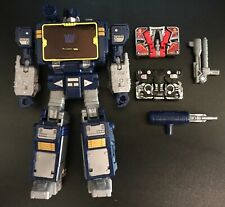 Bernie was one of the funnies men in the World. I love his show, and I can relate to him. I love all his appearances, especially his when he is scared, he gets a whiny tone.
He was great all around.

Hmm. According to Wikipedia, that's a tabloid. We should wait until further confirmation by other sources before we bury him next to Shia LaBeouf's amputated pinkie finger.

Umm, yeah. The Chicago Sun Times is the second largest News Outlet in Chicago, just behind the Chicago Tribune. FAAARRRRRRRRRR from a tabloid.

And this is extremely sad to hear.

Great write up on the front page. Kudos Tony B.

Well he wasn't a very good actor or even that funny but it is sad if true that he died. His part in Transformers wasn't bad. RIP and God Bless.

Johnator, to some of us, he was really funny, and we are really sad that he (and also Issac Hayes) have crossed over to the hereafter.

His life was cut terribly short. He always made me laugh, a very funny man. R.I.P.

I knew nothing of him from first hand experience, but still I feel sad hearing of his departure. He seemed like such a respectable person. RIP Bernie

Transformers was his worse role IMO, and he still made the best of it.

RIP. You were one helluva an actor.

I was deeply sadden to have read that news on imdb.

I remember watching his show back when I was still living in San Jose. I got a good share of laughs from it and it was all good fun. I also thought it was really cool how he got to play the car salesman in Transformers. I'm gonna miss him so much.

My condolences to his family and loved ones. This year has been terrible on unexpected deaths of people too young for their time.

Bernie will be missed. He was very funny and my sincere condolences to his family.

i like the part where he yells at his momma

I thankyou Bernie, you were a standout in the TF movie for me. I will miss your upbeat attitude on life.

Webz– Me I had an acute case of pneumonia just before I had graduate from high school and man evening though it was acute it was a bitch, but fortuately thank god of antibiotics and now I'm better but still feeling the after effects of it so at least I'm alive.

You I too watch sometimes is show on Fox and some other things but still he'll be deeply missed.

WOW. That's really saddening, I've been a fan of his since he was doing stand up as "Shucky Ducky Quack Quack". Something about his comedy style just worked for me.

His Part in Transformers was Small but he had a Big Impact on the Story and he made me laugh so much in the scene.

I enjoyed his Comedy and he was a great Actor and he will be deeply Missed.

If is wasn't for him, Sam would not have met Bumblebee. The rest is history.