IGN has revealed the first in-game screenshots from the upcoming pair of games for the Nintendo DS, Transformers Movie: Decepticons, and Transformers Movie: Autobots. They also reveal lots of goodies as far as the gameplay and layout, from abilities, to terrain, to multiplayer options. To view the original article, click here for IGN. To discuss this topic, click either the DISCUSS button to the right or you may click HERE. 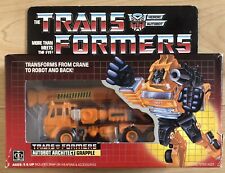 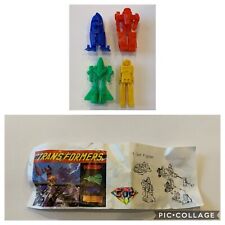 Curse you Nintendo, why must you tempt me to buy a DS! *shakes wiimote*

Also some Wii info as well..

April 19, 2007 – Transformers Autobots and Transformers Decepticons lets gamers control the outcome in the battle for Earth. Players can choose to protect the Earth as Autobots or destroy it as Decepticons and will also experience the unstoppable power and massive scale of their favorite robots in disguise such as bumblebee, barricade and others.

DS:
. Protect Or Destroy The Earth with Nintendo’s Wi-Fi – Nintendo Wi-Fi Connection enables players to engage in the “AllSpark Wars” (working name) where they must help their side win the global conflict between AUTOBOTS and DECEPTICONS via daily challenge missions and global player stats comparisons.

. Battle Again and Again Alone or With Friends – Each Nintendo DS game features 20 unique story missions plus more than 20 challenge missions as well as local wireless multiplayer modes (up to four players) such as Team Death Match and AllSpark Sports (working name).

. More Than Meets the Eye – In addition to playing as some of the most well-known TRANSFORMERS robots, fans are able to scan over 30 unique vehicles and customize their paint schemes. Gamers can instantly morph from a larger-than-life robot to a high-powered vehicle, such as a sports car, fighter jet or helicopter, as quick conversions leave enemies in the dust and enhance player’s combat strategy.

. The World Is Your Playground – Players take on enemy AUTOBOTS or DECEPTICONS to build up their custom TRANSFORMERS stats and abilities.

Wii:
. Protect Or Destroy The Earth – As the TRANSFORMERS robot’s war comes to Earth, gamers make the choice to join the AUTOBOTS in protecting our planet or to join the DECEPTICONS in destroying it. With dual campaigns, the fate of the world is in players’ hands.

. More Than Meets The Eye – Instantly change from a larger than life robot to a high-powered vehicle such as a sports car, fighter jet or helicopter. Seamless transformations leave enemies in the dust or enhance players’ combat strategy with a range of options in both vehicle and robot modes that take full advantage of the characters’ dual forms.

. The World Is Your Playground – Players crush, topple and wreck every object, including buildings and vehicles, in their path or use the objects as weapons. It is up to the gamer to decide how best to use their surrounding environment.

. Freedom of Choice – An unprecedented line-up lets gamers experience the massive scale, unique abilities and sheer strength of an army of characters from the TRANSFORMERS universe when they choose to play as OPTIMUS PRIME, MEGATRON, IRONHIDE, STARSCREAM, BUMBLEBEE and more.

. Variety of Combat – For head-to-head battles, fans engage in melee combat that reflects each TRANSFORMERS robot’s character, scale, weight and power along with melee weapons and special moves unique to each character. The game’s ranged combat offers a wide array of projective weapons designed to take out enemies from afar.

Oh, found this little tid bit of info for the DS Games:
Autobots:
As Optimus Prime scanned the radar, he noticed something unusual. A group of large flying objects were making their way toward the Autobots' headquarters at breakneck speed. Could this be the evil Decepticons? Rumors had been surfacing all week about a possible attack, and what better way than to take the Autobots by surprise? With the push of a button, the Autobots were called to arms and moved into their battle positions. The war for Earth was about to start.

Decepticons:
As you glide effortlessly through the air, you can't help but congratulate yourself on the flawless plan you've devised. In less than five minutes, you will have taken the Autobots completely by surprise and left their headquarters destroyed forever. Today marks the beginning of the Decepticons' era of world domination. Do you have it in you to take down the Autobots once and for all?

I'll be getting a DS come payday, this little baby will be on the shopping list too.

EDIT: soundblastc, for the love of Primus… caps lock off!

I have a DS Lite, it's a nice little system. And in June the Opera Web browser is coming out for it so now it will have internet capabilities. I currently have a PSP and DS Lite and I prefer the DS Lite.

Hmm…which way to misspell a word in my post…decisions, derisions…

On topic, I currently only own a PS2, and with so many toys coming out this year (plus Botcon), I doubt I'll be getting a DS before Christmas. For the DS owners…is it worth it?

You'll even be able to customize your paint job.

Transformers will fully support the Nintendo Wi-Fi Connection service for the ambitious "AllSpark War." Players will link up to the internet and combat to try to see who the more powerful side is. Team Death Match and AllSpark Sports will also be available for up to four players over local Wi-Fi.

Why are the DS versions getting this stuff, but not the full on console versions? That's wack.

I think I may have to get both – one for me and one for my brother, though we'll probably complete our respective versions then swap and complete the other version.

cool, now that I have my emulator I can play it

Iam really interested in the whole scaning stuff and decoing your transformer. does this mean you get to make your own custum bot from some kind of templat? i hope so!

its so early in the developement I wouldn't worry about that at all.. they have months left! plus, starscream aint the only one who can fly

The graphics in the shot with starscream from the "decepticon" version look….bad. The highway isn't even textured at ALL and the background is completely flat shaded. I hope this shot is from an unfinished level, but I fear it may be the result of giving starscream the ability to fly all over….they had to tone down the detail of the world to such a huge degree that it looks like that when you land as a robot…..