Okay, this panel was FAST, so I may have missed some stuff, so bare with me.

The Panel started with a quick overview of IDW?s current list of titles. These include CSI, Angel, Metal Gear Solid and 30 Days of Night among others.

They then moved on to introduce the talent involved in creating the new line of comic books. The main books first arc is being worked on by:

The covers for the issue 0 preview are done by:

They then gave us a rundown of the human characters. We already know about 2 of them, but we were introduced to a third, Jimmy Pink, a mechanic. He will appear in issue 1.

The cast of robots includes (missed some, it was going FAST)

(lots of cheers for various characters, except Sunstreaker… go figure)

We were then shown some Black and White and colour comparisons of issue 0. We?ve seen all that already. Nothing really new there.

Then they showed the issue 1 covers.

The “Generations” books are reprints of selected Marvel stories, touched up artwork to retail at $1.99 … nice. However don?t expect to see any Circuit Breaker or other Marvel owned characters. However they may get Furman to re-write certain things. Maybe, so don?t all fly off the handle just yet.

Transformers Evolution. “Elseworlds” style one shots. Lots of writers are being called upon to do these, including the possibility of Bob Budiansky.
The first of these is written by Chuck Dixon and will be called “Hearts of Steel” and feature the Transformers being around the same time as Thomas Edison and they want to do Da Vinci inspired Transformers issue too. It?s all tenative right now.

July 2006 sees a 4 issue miniseries set to “shake up” the ongoing G1 series, Furman is writing. No details were given other than this.

The first ongoing G1 arc of 6 issues will all have 4 covers per issue. That will be reviewed after the first arc.

Dreamwave TPBs that are out of print will be in our hands again in February.

There may be trades of the old Convention comics, details are being worked on.

Lastly, no Alternators comic. PERIOD. Why? Hasbros agreement with the car manufacturers does not allow them the 2D rights, quite simply the rights to do 1/24 scale 3 Dimensional representations of the vehicles is all they have and it?s now too late to do anything as the line is off and running. To start doing so now would mean no current Alternators making appearances.

Phew. Probably missed a couple of things, but I am sorry.

It was a looong day. 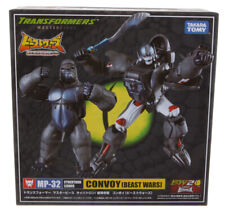 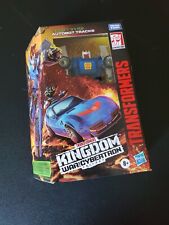 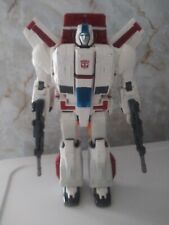 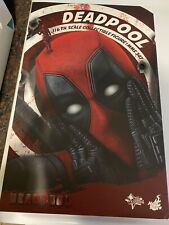